Solemn ceremonies are being held for the survivors and victims a year after terrorists targeted the airport and a metro station. The suicide bombings still haunt many - as does the loss of loved ones. 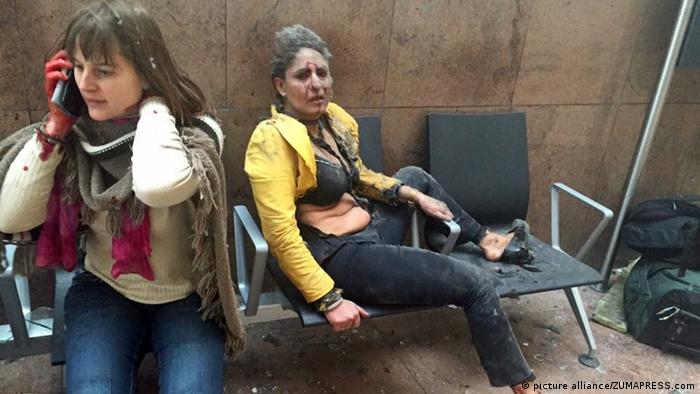 Journalist Ketevan Kardava, who took this photo, says the attacks have made it hard for her to feel safe

It was her photos that gave the world a shocking glimpse into the immediate aftermath of a double suicide bombing at Brussels Airport: two stunned women sitting wounded and covered in dust; a basketball player lying in a pool of blood, unable to use his legs.

Thirty-two people died that day at the airport and in the subsequent metro bombing; hundreds were injured.

A year later, Ketevan Kardava says she wishes she could stop the images of the attacks from flooding her mind. "I want to forget, but I can't," she said. "It's like it happened this morning. It's terrible to live with."

Kardava, a Georgian journalist, had been on the frontline of conflict before, covering war in her own country and in Ukraine. As she waited on the morning of March 22, 2016, to buy a ticket to Geneva, scrolling Facebook on her phone, a suicide bomber blew himself up just a few meters away from her, followed by another one.

Kardava says she thinks her instincts as a journalist led her to hide for just a moment in a photo booth - fearing a third blast - before she ran toward the destruction, not away from it. "I knew that I was the only one there in the very moment," she told DW, "a journalist and also survivor, who can walk and take some pictures. I wanted very much to show the world what has happened there."

She started snapping photos with her phone and uploaded them to her Facebook page, connected to her Twitter account - pictures that would quickly be examined around the world. She learned later that her photo of Indian air hostess Nidhi Chapekhar would be the only information Chapekhar's family would have about her for 10 hours.

Kardava would go on that day to do live reports on the attacks for her television network, even going so far as to ask the police investigating the incident to give her a ride downtown through the traffic blockades so she could continue reporting. She says "work, work, work" helped her cope.

Fighting a war against extremism

Elsewhere in Brussels, others marking this date are less fortunate. Mohamed el Bachiri will mark the anniversary of losing his wife, Loubna Lafquiri, the woman he calls "the love of my life," a woman of "incomparable beauty and infinite goodness," and the mother of their three young sons.

Like the men who perpetrated the attacks, El Bachiri is a Muslim resident of Brussels' Molenbeek district. He is a subway train driver, but he had March 22 off, while his wife boarded the car that would be targeted at Maelbeek station by the second wave of the attacks.

El Bachiri lamented that his neighborhood had quickly been labeled a "jihadist hotbed" after it was found to house the individuals that planned and carried out the mass attack in Paris in November 2015. It would also be connected to the Brussels bombings four months later.

He says people in his neighborhood just want to live in peace, like anyone else.

Both to cope with this stigmatization and his own deep grief, El Bachiri has drawn on the most general meaning of the word "jihad" - "struggle" - and called on others to make a "jihad of love."

"It's a universal message," El Bachiri explained, "a message of love, a message of humanity."

That message has resonated. El Bachiri's video has been watched millions of times and has now become a book.

Molenbeek under the microscope

But things are not going so well for Molenbeek. In recent weeks there have been reports that radicalism there is actually on the increase, despite pledges of funding for disaffected youth and additional security forces.

Measures put in place - along with battlefield successes against so-called "Islamic State" militants - have curbed the flow of young Belgians to jihadist training camps in Iraq and Syria, but that's not enough, says terrorism researcher Thomas Renard.

Renard rejects the frequent accusation that Belgium is a "failed state" due to the presence of terror networks there, but he has summed up what more needs to be done, one year later.

"There's no longer so much the fear that [youths] are leaving," Renard explained to DW. "There's no one actually leaving. But the fear of these people coming back is becoming a reality." Several within the Brussels terror cell had been to Syria and returned, equipped with lethal skills and ideology.

Renard says 110 Belgian fighters have died abroad, while others are in contact with officials, negotiating terms of their potential return. Since 2012, he said, 120 foreign fighters have returned to Belgium, and most of them are in prison or under watch. Renard urges Belgian authorities to pay close attention to cyberspace as the most potent recruiting and training tool, with no need for travel to Iraq and Syria.

But families of the victims are reminding the Belgian government that it must focus on the victims as well as the perpetrators. Thomas Savary lost his mother-in-law, Fabienne Vansteenkiste, who worked at the airport. For four days after the blasts, they searched hospitals, having received no official word that she had died.

The pain continues, Savary told DW, because many victims feel the government has failed to help them with follow-up treatment for physical and psychological wounds.

"We have been totally abandoned" by the government, Savary said, explaining that his family has received no assistance, economically, socially or in the judicial system. Savary helped establish a victims' assistance group called "V-Europe" to pressure Belgian authorities into becoming more proactive.

A professional basketball player who was injured, Sebastien Bellin, has spoken out recently about the lack of compensation for victims, which has so far amounted to just a few thousand euros for very few people.

"Belgian citizens pay an incredible amount in taxes to have incredible health care," Bellin told the Associated Press news agency last week, "but when we've been paying for years and years, and when we finally need it, help's not there." 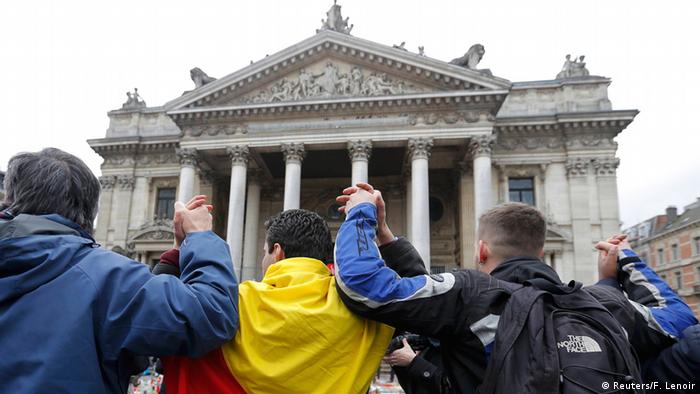 Some victims feel the Belgian government has abandoned them

Day of dread for some

As Wednesday's anniversary loomed, Savary said his family was fearful to relive what happened that day. "It's very sad, very difficult," he said.

Kardava says she has dealt with the aftermath in her own way. She sought out the people in her photos whose misery she memorialized that day. Her Twitter account bears photos of her smiling with them, standing next to the basketball player. March 19 brought a long-awaited meeting with Nidhi Chapekhar, whom she hadn't seen since the attacks. Chapekhar remains grateful to the journalist for letting the world know that she had survived.

For the anniversary, Kardava says she will take part in the ceremonies for victims at the airport and metro station, and then she'll go back to work and report about it. But she's changed too, she admits.