Molenbeek′s notoriety as terror hub precedes it | Europe | News and current affairs from around the continent | DW | 17.11.2015

A parking ticket used by the Paris perpetrators led investigators to Molenbeek, but anyone familiar with Islamist terror plots would’ve guessed the path leads to this Brussels district, as Teri Schultz reports. 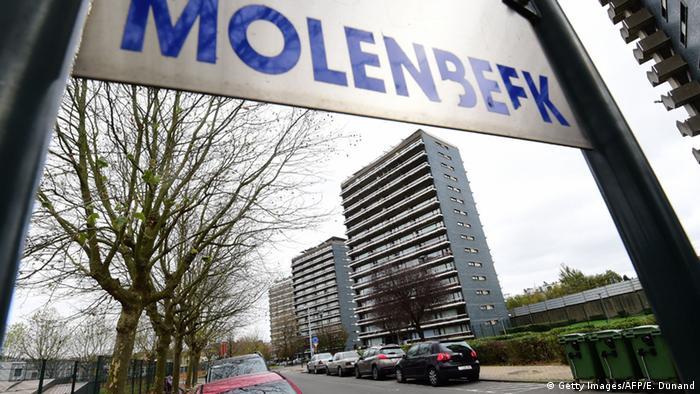 A walking tour of the notorious neighborhood these days could have a guide pointing out where Mehdi Nemmouche, the man who shot dead four people in Brussels’ Jewish Museum, plotted his shooting spree. There's the apartment of the sister of the man who attempted to kill travelers on the Thalys train in August, where he himself had reportedly spent time. Now the tour can add the school of the alleged mastermind of the Paris attack and others, Abdelhamid Abaaoud and the bar reportedly once run by one of the suicide bombers, Brahim Abdeslam. For good measure throw in the house at 47, Rue Delaunoy which police raided on Monday looking for the "one who got away" in Paris, Brahim's brother, Salah Abdeslam.

Abaaoud is believed to be the link between the leadership of the "Islamic State" group and its followers in Europe, including his home neighborhood. His whereabouts are unknown but he's believed to have escaped Belgium when identified in connection with the breakup of a plot to kill police in the town of Verviers earlier this year. Two alleged islamist radicals died there in a shootout with security forces.

Five of seven people arrested over the weekend in raids in Brussels have now been freed, including one brother of Abdeslam, Mohamed, who has been determined to have no link to the crimes and says his parents are "in shock" over developments. Another brother, Brahim, has been identified as one of the suicide bombers in the coordinated assaults that killed at least 129 people on Friday.

Molenbeek is being called a "gigantic problem" by Belgian Prime Minister Charles Michel. Its former mayor Philippe Moureaux is fighting in the media with its current one, Francoise Schepmans, over whose fault it is that the borough is creating, hosting and hiding radical Islamists. And, most strikingly, Belgian Interior Minister Jan Jambon says he going to personally see to it that Molenbeek gets "cleaned up," with some ambiguity as to exactly what he means by that and how he plans to accomplish it.

Johan Leman, a former director of the Center for Equal Opportunities and Opposition to Racism, says there is plenty of blame to go around and plenty of people who deserve it. Leman worked in an integration center in Molenbeek from 1981 to 1989. Now a professor of social and cultural anthropology at Leuven University, Leman is reminding officials frequently that he warned them decades ago they were neglecting the neighborhood at their own peril. 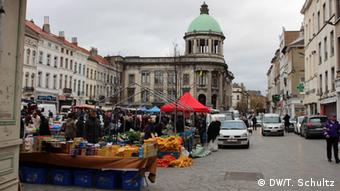 People in Molenbeek are frustrated about the stigmatization

At the Molenbeek market Sunday morning, just hours after the first series of raids, residents seemed visibly disturbed by the high number of cameras and microphones circulating along with shoppers checking out prices of mangos and household goods. People bargain in Arabic at least as much as in French; among the female customers, most are wearing a niqab, the veil covering their heads.

They seemed grateful that the incredibly loud clanging of church bells put a damper on broadcasters’ ability to make interviews. The long-running call to Christian prayer at St. John the Baptist Church, just a block off the market square in a majority Muslim municipality, is an audible reminder of the mishmash of cultures that is Molenbeek.

No one approached for comment would give their family names. Market vendor Ali, lamented that all this negative attention creates an unfairly negative portrayal of Molenbeek - and Muslims. Even as he acknowledged that the youth from Molenbeek have been radicalized, he said the majority of Molenbeek residents just get up, go to work (although unemployment is higher here than the Belgian average), love their kids and do what it takes to get by. But Ali feels all are being painted with the "terrorist label." Switching between halting English and French, Ali says that with all the stigmatization of both Molenbeek and Muslims in the public arena at the moment, "If I wasn’t a Muslim, I would blame them too." But this isn’t fair, he adds.

A block away, Natalia was rushing to church. Asked how she felt about the high-profile police raids, she clearly did not want to talk about it. "There were none at my place," she said curtly, with the French "chez moi" leaving it unclear whether she meant her house or her immediate vicinity. She closed the heavy church door behind her to make certain there would be no pursuit of more answers.

Molenbeek hardware shopkeeper Ramadan is taking events in stride. He declines to answer questions about the social situation in Molenbeek. He’s one of the regular guys Ali was describing. "I just go to work and go home every day," Ramadan said quietly in French. "I don’t follow politics." But when asked how he felt about Interior Minister Jambon saying Molenbeek needs cleaning up, Ramadan didn’t seem offended and actually brightened up. "He can buy everything he needs right here," he laughed, motioning to the large array of supplies. "Voila!"