France has formally opened an investigation after a thwarted attack on a high-speed train last week. The 25-year-old Moroccan suspect allegedly recently visited a Turkish border city near Syria. 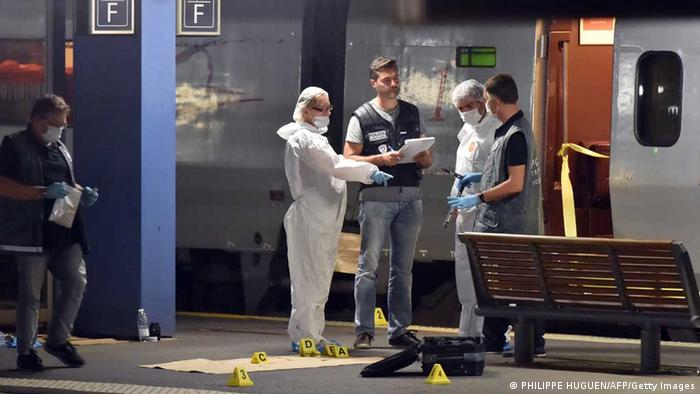 The prosecutor said Khazzani had watched an online video made by Islamist militants on his smartphone minutes before he walked through the Amsterdam-to-Paris train carrying a Kalashnikov-style assault rifle and other weapons. 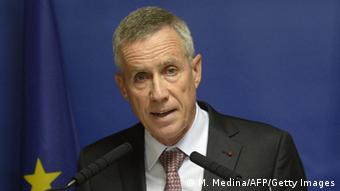 "Ayoub El Khazzani had watched while already on the Thalys train YouTube audio files in which an individual called on the faithful to fight and take up arms in the name of the Prophet," Molins told a news conference.

Khazzani had boarded the train on Friday at a Brussels station and began attacking passengers before being overpowered by three Americans and a Briton and held for the authorities.

Three people were hurt in the attack, and a French-American remains hospitalized with a gunshot wound.

Prosecutors say that Khazzani had flown from Antakya, Turkey, near the Syrian border to Tirana, Albania, on June 4.

Khazzani denied during interrogation that he had traveled to Turkey, which prosecutors believe may have indicated he had been in Syria, where large swathes are under the control of Islamist militants including the so-called Islamic State.

Police say that under questioning, Khazzani initially said he had found a bag of weapons the night before in a Brussels park and planned to use them to rob passengers because he was hungry. But the prosecution says his explanations appeared "far-fetched" and that the man has stopped speaking to investigators.

The bag recovered included a rifle, 270 rounds of ammunition, a 9mm pistol, a box-cutter and a bottle of gasoline, the prosecutor said.

Prosecutors are also suspicious over how Khazzani was able to afford a 149-euro ($171-dollar) first-class train ticket, given his claims to sleeping in a park in Brussels.

Ticket agents at the station have told investigators that Khazzani paid in cash and turned down an earlier train, which Molins said was an indication the target had been chosen in advance. 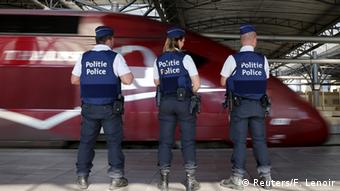 Meanwhile, authorities in Belgium said that police had searched two apartments and confiscated possible evidence on Monday as part of the investigation.

In a statement, the prosecutor said the searches took place in the Sint-Jans-Molenbeek neighborhood of Brussels. No one was arrested. And the case was immediately turned over to the anti-terrorism unit of the Paris prosecutor's office.

A Spanish counterterrorism source said Khazzani had lived in Spain for seven years until 2014, where he had attracted the attention of authorities by making extremist comments defending violent jihad, attending a radical mosque in the port of Algeciras, and being involved in low-level drug trafficking.

His father said he left for France to work for mobile phone operator Lycamobile. The company confirmed that Khazzani stayed for two months in early 2014 but left because he did not have the required papers to work legally.

French intelligence sources, however, told the AFP news agency that Khazzani only came on to their radar in May this year when German authorities warned he had boarded a plane for Turkey and could have visited Syria.

Brexit: UK to restart trade talks with EU after threatening to quit 37m ago