Brussels shows support for Berlin | Europe | News and current affairs from around the continent | DW | 20.12.2016

EU leaders and Brussel's mayor have shown solidarity for Berlin. Brussels is also ramping up its own security. Teri Schultz reports from Brussels. 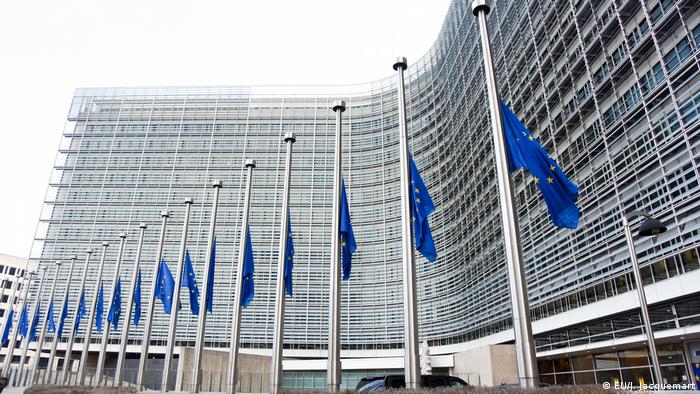 European Union flags were at half-staff on Tuesday, with the institutions holding a moment of silence. They were mourning the dead in Berlin after Monday's truck attack that killed 12 people and injured dozens more in what Chancellor Angela Merkel has called a "likely act of terrorism".

European Commission Vice President, Kristalina Georgieva, told fellow staffers that "we will continue to live, to love and to hug our friends and our families." Relaying a comment from fellow commissioner Margrethe Vestager, that the carnage was "deja-vu" after July's similar attack in Nice, Georgieva went on to say that she hoped "we will find it in us to never accept that this is normal because it is not."

Brussels Mayor, Yvan Mayeur, says his city shares its full compassion with the German capital. Mayeur has also ordered security forces to review all measures being taken around the Brussels Christmas Market and says he will reassess whether New Year's Eve festivities can go ahead. "I have asked for a complete check-up" on the security precautions being taken, Mayeur told a news conference called to address renewed concerns about potential terror attacks on holiday events. He said police have confirmed that the mechanisms in place to keep crowds safe are adequate and that "everything is being done to avoid situations like yesterday."

A year ago at this time, the city was trying to put on a brave face after the deadly Paris attacks caused four days of complete lockdown, a month before the holiday season. Mayeur says this year's attendance at the "Plaisirs d'Hiver" or "Winter Pleasures" Christmas village has seen a robust resurgence, with large numbers of both Belgian and foreign visitors. 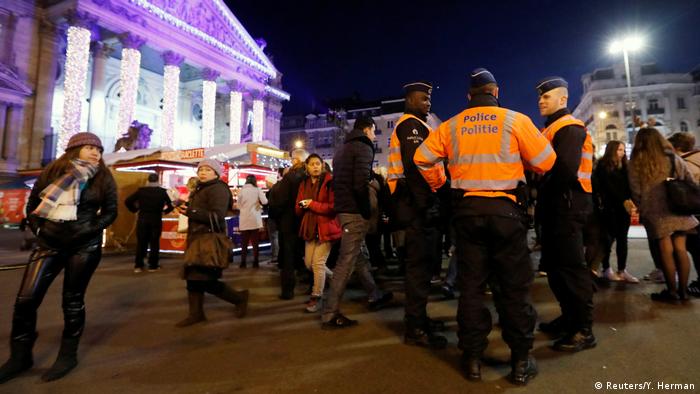 Though outdoor markets and other holiday events are likely to see a short-term hit from the Berlin attack, radicalization expert Alexander Ritzmann suggests people are much more likely to come to harm in their own homes from members of their own family than be hit by terrorists. Ritzmann, executive director of the European Foundation for Democracy, also told DW the public should take some reassurance from the fact terrorists are using weapons such as vehicles, reading it as a sign security forces are doing a good job.

He called cars the "poor terrorists' choice" for weapons and says while such methods do spread fear, they're a last resort for groups aiming at inflicting large-scale harm. "They would rather have something even more scary but it seems to be their choice at hand right now," he explained, comparing the Berlin and Nice vehicle incidents with the Paris and Brussels attacks. 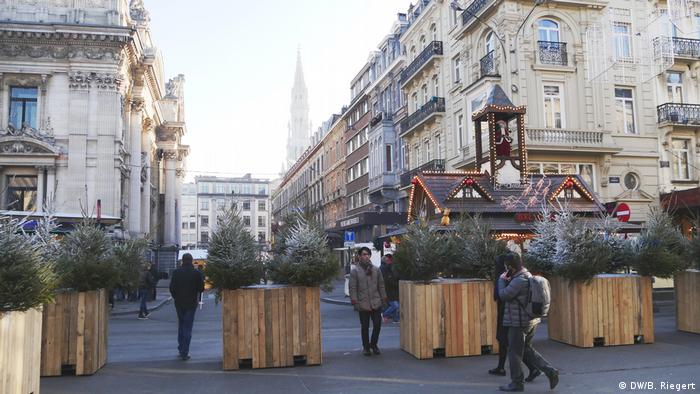 "If this was an Islamist attack," he said, "it sounds contradictory and almost ridiculous, but it is a sign of the weakness of the terrorists that they no longer come up with sophisticated long-planned multi-location attacks and just take what they have." He pointed out that the longer the planning phase, the more chance there is that the plot will be infiltrated by security agencies.

But Ritzmann says the act will take on an even darker tone if wide swathes of society follow populist politicians' efforts to use it as anti-foreigner fodder for hate campaigns. A Pakistani asylum-seeker was initially identified as the driver, but his denial has led authorities to say the perpetrator may still be at large.

Whomever the driver turns out to be, Ritzmann says it's essential for authorities and civil society to work hard against societal prejudices, which are especially volatile now in Germany with the political backlash against the influx of refugees and migrants. "We just have to put things in context once we find our breath again and then see that the terrorists want us to overreact, they want us to lash out," Ritzmann said. "They want us to now look at whole groups as enemies or as problematic. What we should do is really...go after groups and individuals that are actually fighting us and not after people that might look like them or come from the same origin."

Ritzmann says there are enough real threats out there that society should not be creating more out of fear.

Some of the terrorists of Brussels and Paris were at least partially radicalized in prison. But despite paying lip service to such problems, few German politicians have shown interest in deradicalization programs. (24.03.2016)

A mural for a 'frustrated, fragile' Europe

For the last six weeks, French artist Guillaume Bottazzi has been creating a vast mural in honor of the victims of the Brussels terror attacks. (08.12.2016)