Brussels Airlines cancels all flights ahead of Belgian general strike

The Lufthansa subsidiary has cancelled 222 flights ahead of a nationwide strike called for Wednesday. All air traffic in Belgium may be affected. 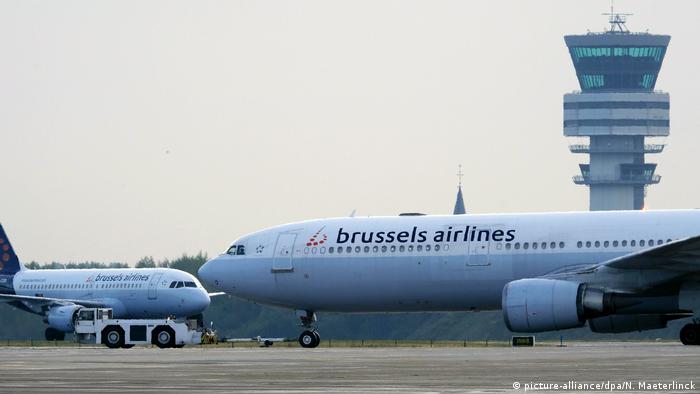 Brussels Airlines, a Lufthansa subsidiary and Belgium's largest airline, announced the cancellation of all flights for Wednesday, February 13. The decision announced on Friday comes as the country braces for a nationwide general strike called by unions.

The unions are demanding wage increases, more time off and improved pensions. The strike is expected to hit public transport, rail, shipping and air travel. With air traffic controllers set to join the walkout, it is likely that Belgian airspace will be closed for the day.

Belgian Prime Minister Charles Michel has implored union representatives to return to the negotiating table to find a solution with government and employer representatives.

Brussels Airlines' decision will affect some 222 flights and 16,000 passengers. The airline said passengers will be reimbursed for cancelled flights if alternative travel options cannot be found for them. Other carriers have also begun to cancel or redirect flights.

The disruption could also cause problems for one particular group of travelers on Wednesday: NATO defense ministers who are scheduled to convene for meetings in the Belgian capital.