Theresa May has asked Parliament to give her more time to rework a Brexit deal with the European Union. Although so far the bloc is insisting the deal already negotiated can't be changed very much. 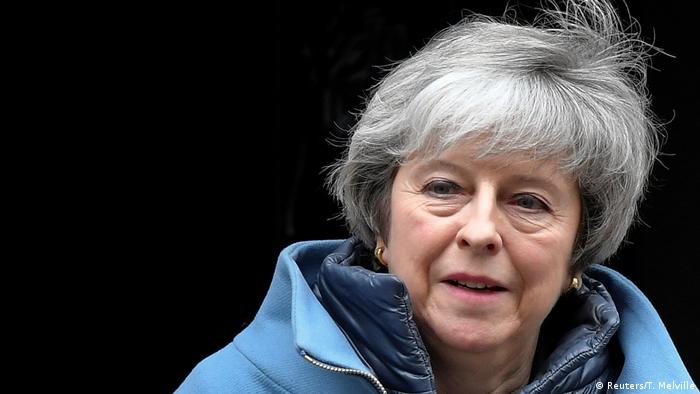 The British prime minister on Tuesday urged the House of Commons to give her more time to rework a withdrawal agreement she negotiated with EU leaders.

The deal was overwhelmingly rejected by the British Parliament, however, for a variety of reasons — in part because of Northern Irish and euroskeptic Conservative concerns over the so-called backstop for Northern Ireland.

Time is of the essence to rework the deal, though, because any revision would need to be approved by MPs before Britain's March 29 exit day.

After MPs vote to support her reworked agreement, Parliament would then need to pass a law — the Withdrawal Agreement Bill — formally ratifying the deal.

Adding to the time pressure is a legal requirement that the government put a treaty to Parliament 21 sitting days before it can be ratified. However, May on Tuesday strongly hinted that this requirement might be sidestepped when asked about this.

"While we follow normal procedure if we can, where there is insufficient time remaining ... we will make provision in the Withdrawal Agreement, with Parliament's consent, to ensure that we are able to ratify on time to guarantee our exit in an orderly way," May said.

Leader of the opposition Labour Party Jeremy Corbyn accused the PM May of trying to "deliberately run down the clock and play chicken with people's livelihoods."

'We need to hold our nerve'

She said that the 21-day period was usually designed to give MPs a chance to familiarize themselves with new legislation, saying this should not be necessary in the case of a deal reached late in 2018.

Excluding today, February 12, there are just 29 sitting days remaining before March 29. A spokesman for May said after the address to Parliament that the UK still intended to leave on schedule, although reports have floated repeatedly about a possible extension.

"The talks are at a crucial stage. We now all need to hold our nerve to get the changes this house requires and deliver Brexit on time," May said. "Having secured an agreement with the EU for further talks, we now need some time to complete that process."