British lawmakers give May green light to launch Brexit negotiations

Britain's House of Commons has approved a bill authorizing Prime Minister Theresa May to trigger Article 50 of the Lisbon Treaty. May has conceded that lawmakers will have a vote on the final Brexit draft agreement. 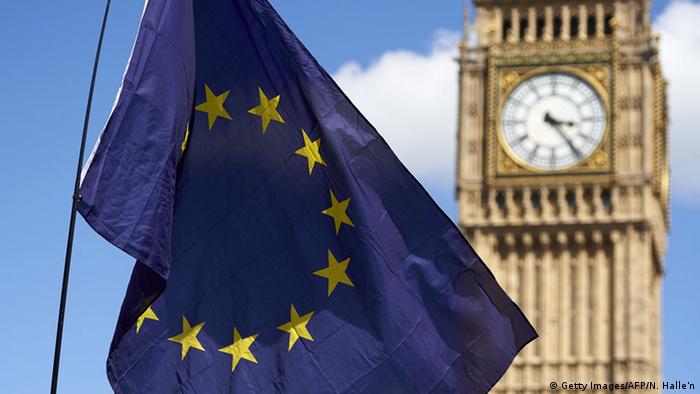 British Prime Minister Theresa May moved significantly closer on Wednesday towards her goal of triggering Article 50 of the EU's Lisbon Treaty by the end of March and starting two years of negotiations concerning Britain's divorce from the European Union.

After three days of debate, the House of Commons overwhelmingly approved May's Brexit bill, with 494 MPs voting in favor and 122 voting against.

The prime minister told Parliament on Wednesday, "We believe it is possible within the two-year time frame to get the agreement not just for our withdrawal but also for the trade arrangements to ensure we have a strong strategic partnership in the future."

Brexit campaigner and former Conservative party leader Ian Duncan Smith said that "tonight we have started the process of delivering on ... what the people wanted."

"We've seen a historic vote tonight," Brexit minister David Davis said. "A big majority for getting on with negotiating our exit from the EU and a strong, new partnership with its member states."

The bill sailed through an earlier vote last week, with 498 MPs voting in favor and 114 against.

Almost two-thirds of British lawmakers backed the losing "Remain" side in June's historic referendum vote. However, the majority said they would vote to trigger Brexit out of respect for the voters' wishes, 52 percent of whom voted to leave the EU after four decades of membership.

One of the Brexit campaign's chief architects, former leader of the UK Independence Party Nigel Farage, expressed his delight at the vote, writing on Twitter that he never thought he would see the day the House of Commons voted in favor of leaving the EU.

May had pledged to prioritize control of migration at the expense of membership to the EU's single market and customs union.

Pro-EU lawmakers, including members of the Scottish National Party, who on Tuesday rejected Brexit in a nonbinding vote, were reportedly whistling and singing Beethoven's Ode to Joy, the European anthem, in the chamber.

The Liberal Democrat leader, Tim Farron, who voted against the bill, vowed to fight on, saying that "in a democracy, you respect the result but you do not wave the white flag and give up."

However, May appeared to bow to pro-EU MPs within her Conservative party by conceding on Tuesday that Parliament would get to have a "meaningful" vote on the "final draft agreement" for leaving the EU.

This would, in theory, give MPs and peers a say on the final withdrawal terms and any new trade deal agreed with the bloc.

However, ministers warned that if lawmakers reject the final deal, Britain would leave the EU without any agreement at all.

The Brexit bill will go to Parliament's upper chamber, the House of Lords, which has the power to delay but not derail the legislation.

May is expected to face more opposition. Lords are unelected and appointed for life, meaning that pro-EU peers will likely seek to force fresh amendments to the bill before approving it.