Labour MP: 'I will be a Remainer until I die'

As the British parliament prepares to vote for Brexit, Labour MP Mary Creagh tells DW why she will vote against triggering Article 50 and rebel against Labour leader Jeremy Corbyn who has advised MPs to support Brexit. 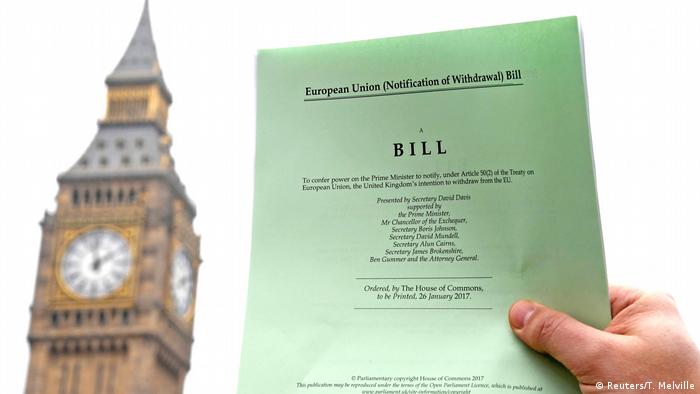 DW: A clear majority in your rural Yorkshire constituency voted for Brexit. Does it trouble you that you are not representing your constituents when you are voting against triggering Article 50?

Mary Creagh: I have always tried to do the best for my constituents. But I feel that leaving the EU is against their interests, that the economic consequences of leaving the single market will be so grave that they will be poorer as a result of it. And it is against my DNA. I am the daughter of an Irish immigrant, I have lived abroad in Europe, I believe in the Labour values of solidarity and internationalism, and I can not bring myself to vote for leaving the EU.

How important of an issue do you think this is for your constituents? Will you suffer at the next election?

An exceptionally large number of people voted in the referendum, much more than normally in general elections, and the vote for Brexit was across all age groups and also all income groups. A lot of young people voted, who had never voted before. But there is no point in having principles if you are not prepared to make sacrifices. I have always said that I will be a Remainer until I die. 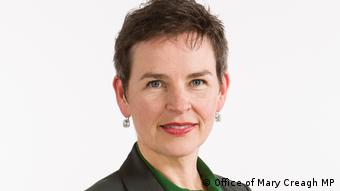 The political climate in the UK has heated up after Brexit - has that had any effect on you personally?

I have had lots of trolls on twitter, Facebook hates, but no death threats or anything severe like that. Someone through a brick through the window of my constituency office, that has happened to several other female Labour MPs as well. And just a few kilometers away, my colleague Jo Cox was murdered for being pro-European, so that is at the back of my mind. We have seen an increase in hate crime since Brexit, and far right activity in Yorkshire is on the rise.

Theresa May has promised MPs that they will have a chance to vote at the end of the negotiations with the EU, in less than 2 years time. Is that not an important concession?

For me this is not a meaningful vote. She made it clear that she wants to leave the single market and that we will have to choose between the terms that she will have negotiated, and World Trade Organization rules, which is the hardest Brexit possible. I fear that Brexit could be a catastrophe for the country: It will harm us economically, reduce our competitiveness, it will put more pressure on local councils. Already councils are struggling with cuts as a result of austerity politics, libraries and swimming pools are having to close. Brexit will mean less social justice in the future.

Could there be a rebellion at the vote tonight?

Mary Creagh: The leadership of the Labour party believes that it would be antidemocratic to stand in the way of Brexit after we had the referendum. So most of my colleagues are not going to revolt. But there could be more MPs who are going to abstain, also on the Conservative benches. The Leavers in the Conservative Party are very nervous: The bill still has to go through the House of Lords, and MPs will see what it is going to look like after that. There could still be a rebellion at a later point.

Mary Creagh is the Labour MP for Wakefield and a former Shadow Secretary of State for International Development. She challenged Jeremy Corbyn for the party leadership in 2015 but later withdrew her candidacy.