MPs are debating legislation to permit Prime Minister Theresa May to trigger Article 50 and start Britain’s exit of the EU. Abigail Frymann Rouch traveled to Kent to find out how much rancor and division still exists. 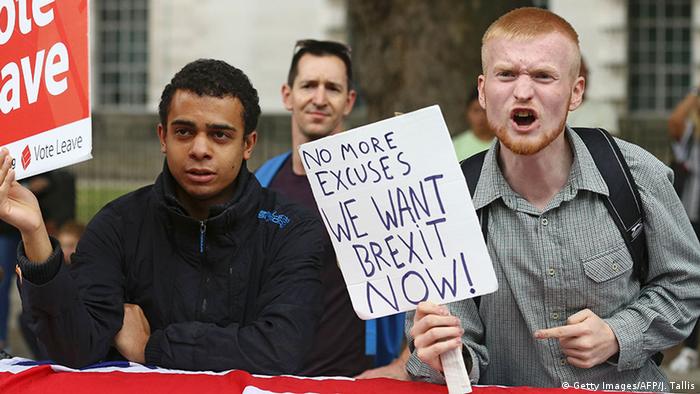 Halfway down a market street in Canterbury sits a van selling Bratwurst. "Everyone goes mad for German sausage at the Christmas market," vendor Geoff Richardson told DW, "so we thought we'd do it all year around." Not that a love of Bratwurst equated to political Europhilia. Voters in the historic Kent city were almost evenly split between those in favor of leaving the European Union (51 percent) and those against (49 percent).

Although last June's referendum was a yes-no question, voters addressed a kaleidoscope of issues. The Leave campaign urged people to "take back control" on issues such as immigration, borders, over-stretched infrastructure, unpopular directives from Brussels, long-winded bureaucracy, or the cost of EU membership. Reasons cited by remainers - with less passion until it was too late - included regional stability and solidarity, upholding human rights directives, maintaining access to immigrant labor or financial markets or the fear of the unknown. 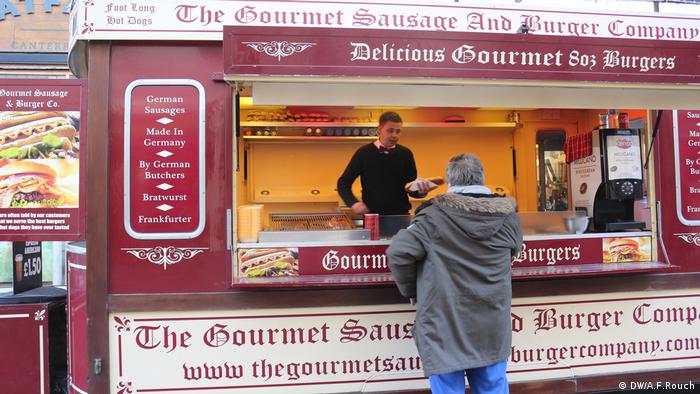 Dr Chris Moreh, a Research Fellow at the Center for Population Change at the University of Southampton, said the vote had brought to surface divisions that had developed during "at least the previous decade or so," and seemed to have legitimized certain forms of prejudice and hate speech against migrants and judges (who were vilified by the right-wing press for ruling that the government could not trigger Article 50 - declaring the intention to withdraw from the EU - without the authorization of Parliament).

"The UK certainly feels more divided after the Brexit vote [and] any perception of increased division has real social circumstances," Dr Moreh told DW. During the public debates on Brexit in the coming years, "citizens and EU nationals may very well feel that the country is becoming less welcoming, less tolerant of differences in opinion, and overall more divided."

Indeed, David Isaac, chairman of the state-funded Equality and Human Rights Commission, told MPs last month that he feared a fresh increase in religiously or racially motivated hate crime against EU citizens in Britain when Article 50 is triggered, as was the case in the two months after the vote. 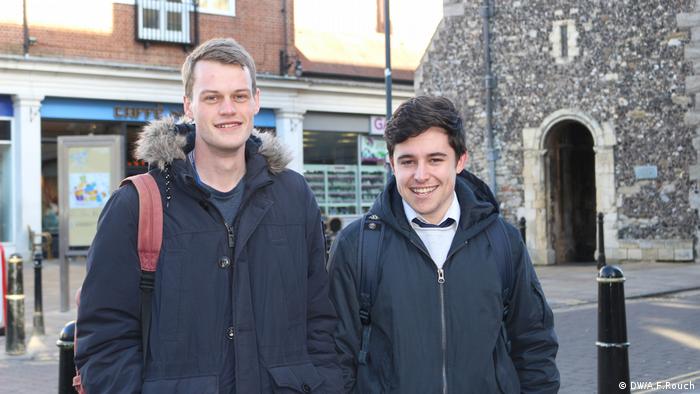 In many cases the Brexit vote split friends and families

So just how divided has Britain become? Canterbury in Kent had a high voter turnout (75 percent) and a close-run 51-49 split among Leavers and Remainers. Most people DW spoke to said they had had heated discussions on social media and with friends, family or colleagues about it, but these had passed. Two friends interviewed together, Rory Edwards and Elliot Hawkins, hadn't known that they had voted differently from the other. Richard Board, who voted to leave while his wife voted to remain, said that the referendum had not caused a rift but it had just got people engaging with politics again. Only one interviewee, pro-Leave John Luckie-Downe, who works in corporate finance in Bahrain, said he had lost a friend over Brexit.

Some expressed frustration with segments of the electorate. Kevin Burdett, a retired civil servant, had little sympathy for "youngsters [who] couldn't be bothered to vote" and were "moaning" about the result. Kelly, an administrator who declined to give her surname, said she was "angry" with Leavers who only listened to emotive immigration rhetoric. Hamish Dowlen, who works in financial services in the City of London and has clients across the EU, lamented a lack of understanding by some Leavers of the "crucial relevance of the EU within our complex economy." He blamed politicians and schoolsfor failingto communicate the importance of Britain's relationship with the EU. Analysis by the BBC this week found that education levels, then age, were key measures in determining how someone voted. Polls have suggested some Leave voters regret their decision.

Among some remainers, pragmatism has replaced disappointment. Charity worker Catherine Parker foresaw advantages to "getting rid of EU bureaucracy" while Chris Ball, 19, a drama student disappointed by the falsehoods peddled by the Leave campaign, said: "Now we just need to get on with it [while] maintaining a stable relationship with the EU - if that is possible."

Is it possible? The Guardian asked last week, after the publication of the Government's White Paper on Brexit, "What if there is no deal?" and quoted a Tory MP as saying "we have set sail in a very stormy situation."

Such pessimism was far from the older leavers of Canterbury. "I don't care if we get a bad trade deal, we can make our own way," retired Lynn Fielding told DW, her husband Ray adding "We like to be Europeans, but outside of Europe." Kevin Burdett said he was looking forward to increased trade with countries such as India and China.

Board, a professional landlord in Canterbury facing tax increases from Brussels, told DW he was "absolutely confident Britain could get a good trade deal - trade barriers were last century; it's essential now for all nations to be able to trade freely, we all recognize that." 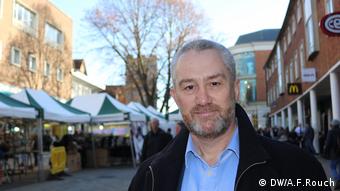 However, Greg Mayne, a tax consultant who voted to remain, was less sure, arguing: "We don't have the expertise to negotiate trade deals, we haven't done so for 40 years." Dowlen, in more apocalyptic language, feared that leaving the EU was tantamount to being herded "off the economic cliff edge into the abyss."

Resentment between leavers and remainers could sink back beneath the surface, given that the latter have no Nigel Farage-like figurehead to agitate for them. But the test of cohesion will be seen in the experience of EU nationals and levels of hate crime over the next months and possibly years.