An attempt to translate the paper outlining the UK's exit from the EU has unleashed a wave of ridicule from native speakers on the continent. The German version is said to be "archaic" and "mythical" in its word choice. 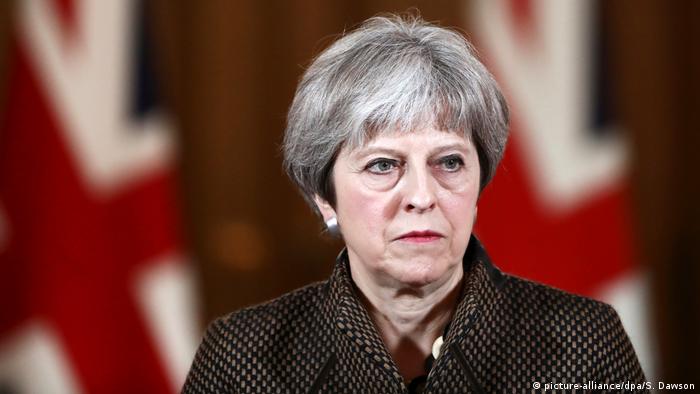 The British government has been ridiculed by German-speaking officials in Brussels, as well as amused social media users, over the publication of the Brexit white paper in 22 European languages.

The translation offerings have been seen by some as an attempt to step around the European Commission and deal more directly with individual member states, as the UK continues to hash out a Brexit agreement with the EU, which it is due to leave on March 29, next year.

The German translation got off to a bad start, with a grammar mistake in the headline description of the white paper on the government’s official website, British newspaper The Independent reported.

The paper was described as being written in "Deutsche" instead of the correct spelling without an "e" on the end. It has since been corrected.

One German speaker in Brussels told British newspaper The Independent that the language used was "old school to the max" and made Brexit sound "very mythical" because of the "archaic and needlessly complex" language.

Read more: Who in the world wants to learn German?

Another senior EU official who is a native German speaker told The Independent that: "To be honest I haven’t seen it. I have worked with the English translation so far and while my English isn’t perfect, the questions I would have are not related to language problems and more related to content."

People took to Twitter to express their embarrassment over the botched translations.

Oscar D Torson labeled the paper "awful to read" and "not German," tweeting that "it was translated by someone who learned German in school to a decent level but who never really spoke it, and who is also not a professional translator."

Oliver Kamm, a columnist for British newspaper The Times, tweeted that the translation was "a national humiliation."

"The opening paragraphs of the German version provide enough material for at least 2 seminars on pitfalls and problems in EN-DE translation," Kerstin Pfeiffer wrote.

And it wasn't just the German translation that was the object of ridicule. French speakers pointed out the errors in the French translation, which translated "a principled Brexit," meaning a Brexit based on principles, as "un Brexit vertueux," or a "virtuous Brexit."

The Dutch translation also did not go unnoticed. "Dear UK GOVT. We appreciate the effort and you probably have no clue, but please stick to English if you want us to understand you. This is horrible. Kind regards, The Netherlands," Max den Blanken tweeted.

The EU and UK have reached an initial agreement on Ireland, citizenship rights and a divorce bill. DW breaks down the details of the agreement. (08.12.2017)

European plane maker Airbus has issued its strongest warning yet over the potential impact of Britain's departure from the EU. It said a no-deal Brexit might threaten the company's future in the United Kingdom. (22.06.2018)