Two years after the UK's Brexit referendum, Germany and the EU are still waiting for precise proposals from London. Divisions in the ruling Conservative party have impeded presentation of a coherent plan. 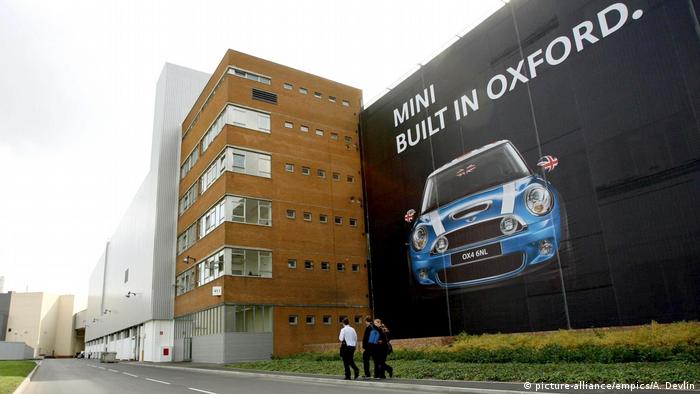 The BMW plant in Oxford, England

The German government and industry are still asking for precise proposals from the UK government around trade arrangements, status of EU and UK nationals in the UK and EU, the border between Northern Ireland and the Republic, and any role for the European Court of Justice.

The four basic freedoms set out in the internal market rules of the EU's Single European Act cover the free movement of goods, services, capital and people. Theresa May's government has made it clear it does not wish to retain free movement of people between the EU and the UK.

May said ahead of a key meeting of her ministers:  "We want a deal that allows us to deliver the benefits of Brexit — taking control of our borders, laws and money and by signing ambitious new trade deals with countries like the US, Australia and New Zealand."

EU negotiators have made it clear to the UK that it can not cherry-pick one part of the EU rules over another. German Chancellor Angela Merkel emphasized after her meeting with May in Berlin in July that the European Commission was leading the Brexit negotiations, rather than individual member states.

German businesses operating in the UK are concerned about how Britain will organize trade after March 2019 when Britain leaves the bloc. A number of banks and automakers have already announced plans to move operations into Europe.

The latest proposal, the facilitated customs arrangement, intends to keep trade flowing as freely as possible. Mirroring EU rules, the arrangement would use technology to determine the final destination of goods and the tariffs to apply and also allow London to set its own tariffs on incoming goods. Britain would be able to strike trade deals with other countries.

However, there is little indication of how the service sector, including finance — which accounts for 80 percent of Britain's economy — would trade with the EU.

The head of Germany's leading business association said in June: "Businesses must be prepared for the worst-case scenario of a 'no deal' [Brexit]," Eric Schweitzer, President of the Association of German Chambers of Industry and Commerce (DIHK) wrote in a newspaper column in June. "All  the advantages of the single common market would be lost. In terms of trade, the UK would then have the same status as, say, Mongolia."

Schweitzer also focused in on the practicalities of trade after March 2019: "Questions need answers, like whether institutions like customs authorities or new registration offices will need to be working under the new rules immediately on March 30, 2019."

"Our businesses are expecting worse UK exports this year, after last year's figures were already pretty miserable," Schweitzer added. "German exports to the UK sank by 2 percent last year, even as they rose by 5 percent on average worldwide." 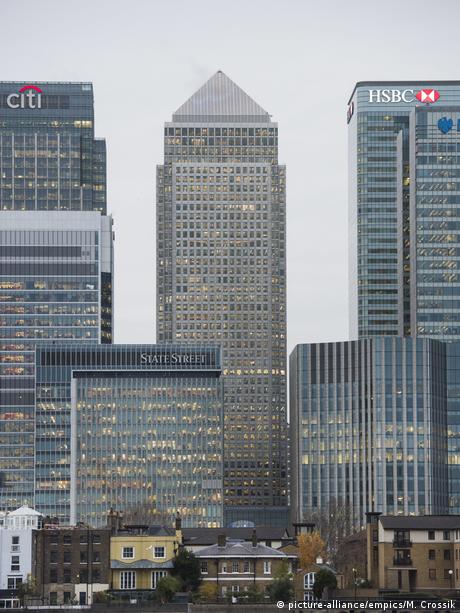 There is little indication of how the UK will apply immigration regulations, and is not expected to pass a new immigration bill before it leaves the bloc next March.

Research is indicating a restriction of migration into Britain would probably lead to lower output. The National Health Service, which relies heavily on European workers, has a record number of vacancies.

There is no clear indication of the status for EU nationals currently living and working in the UK. According to the Office for National Statistics (ONS) there were 2.9 million EU citizens living in the UK in 2014, the latest figures available.

A record number of UK nationals have applied for German citizenship since the Brexit vote.

The UK premier has told the EU that there would be no border checks between the UK region of Northern Ireland and the Republic of Ireland, its neighbor to the south.

London rejects any proposal which would see Northern Ireland remain under EU customs law for an unspecified time after Brexit.

Speaking in Dublin in March, Merkel said: "Access to the single market can only be possible on the condition of respecting the four basic freedoms. Otherwise one has to talk about limits to access. These negotiations cannot be based on cherry-picking, because that would have disastrous consequences for the other 27 member states." 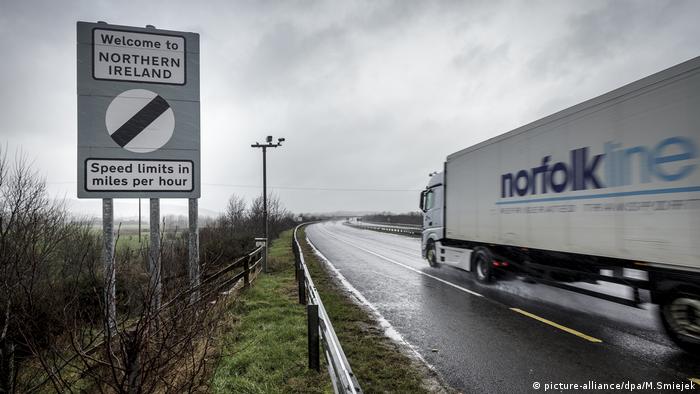 The Irish border has hundreds of crossing points

It is unclear what role the ECJ would play in a future Britain. If the UK plans to collect tariffs on the EU's behalf then this would mean the ECJ could be required to play a part in resolving any trade disputes.

The prime minister has insisted Britain should make its own laws after Brexit, with British judges and courts enforcing them.

The Bundestag parliament's president, former Finance Minister Wolfgang Schäuble said in June that the EU bloc would be prepared to give the UK more time to negotiate its exit and would do "whatever we can" to have close relations with the departing member.

"I think if the UK asked for more time … the rest of Europe would be ready to agree on that British demand," Schäuble told the BBC, adding it was up to the British government to decide. "I have always had the understanding that Brexit would be very difficult to be managed and be delivered," he said. "The negotiations prove this." The veteran Christian Democrat even said that he continued to personally hope that Brexit might not come to pass.

At the recent EU summit, Merkel admitted the council spent 15 minutes discussing Brexit while most of the discussion centered on managing immigration.

Foreign Minister Heiko Maas, a Social Democrat, said in April:  "For us it's clear: Even after Brexit we need and want to know that the UK is on the EU's side, on our side, as an international actor and a part of the liberal Western order."

Time for the UK is running out

However, many European and German politicians have reminded the UK government that time is running out. Manfred Weber, the leading politician for Merkel's conservative bloc at the European Parliament, told DW in June: "The clock is ticking. We need now a clear indication from London what they want to achieve."

Weber also called for a precise proposal from London as to the government's aims: "We have no indication what they like, what they want to achieve in the negotiations … [that's] a very risky thing, because at the end, a hard Brexit will be a disaster for London."

Olaf Scholz, tapped to be Germany's next finance minister, said Berlin would not lecture other EU states about their finances. His comments hint at an about-face in the eurozone's policy of strict fiscal discipline. (10.02.2018)

The German government is starting an initiative aimed at reinforcing its citizens' support for the European Union. But is increasing dialogue the right way to combat skepticism about the bloc? (07.05.2018)

Coveney: Brexit a tragedy for UK, EU and Ireland

Coronavirus: Germany to use new antibody-based drug 4h ago