British Airways has suspended flights to Cairo for seven days over what Britain's Foreign Office has called a "heightened risk of terrorism." Lufthansa has also temporarily canceled its flights to the Egyptian capital. 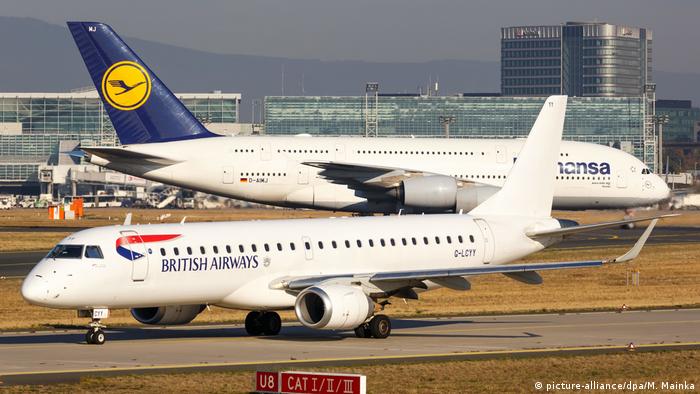 "There is a heightened risk of terrorism against aviation," Britain's Foreign Office said in a travel advisory to British nationals heading to Egypt.

A spokeswoman for BA said the airline could not immediately offer more information. But officials at Cairo's international airport were quoted by The Associated Press as saying that the suspension came after a British security check at the airport earlier this week.

Egyptian officials quoted on the condition of anonymity said other airlines were operating as usual.

Lufthansa later said it expected to resume flights on Sunday.

"As safety is always a top priority for Lufthansa, the airline has today provisionally suspended its flights to Cairo while an evaluation of the situation takes place," stated the airline, without giving further details.

Tourism is a key source of foreign revenue for Egypt. The sector has been recovering in the wake of the nation's 2011 uprising and the 2015 jihadi bombing of a Russian jet carrying holidaymakers from the Red Sea resort of Sharm el-Sheikh.

The recent fatal knife attack on German nationals at a popular Egyptian resort is yet another setback for the country's troubled tourism sector. Industry officials have called for immediate action. (15.07.2017)

The long record of terror on the Sinai Peninsula

Friday's attack on worshipers attending prayers at a mosque was the most brutal so far amid escalating violence in Sinai. The troubles there have a long history, with both religious and social factors playing a role. (26.11.2017)

The hurricane caused major damage in Fort Myers, Naples and elsewhere, and was moving towards Tampa and Orlando, but also weakening as it moved inland.