Britain is to blame the most for the Calais refugee drama, says Germany's refugee aid organization Pro Asyl. Its head Günter Burkhardt accuses London of "hiding behind fences" and denying migrants' legitimate interests. 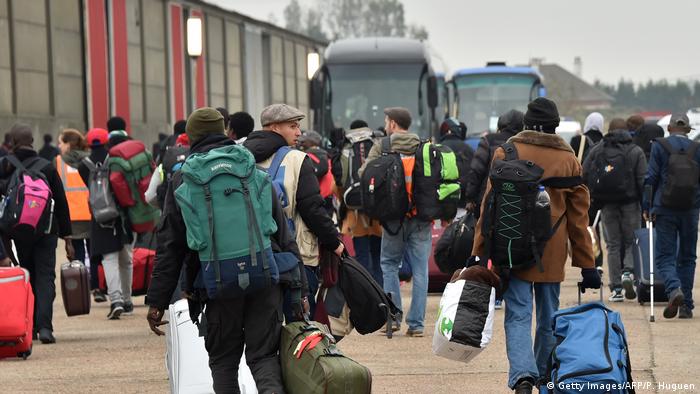 Already on Monday, busloads of migrants had been transferred to reception centers elsewhere in France.

Instead of allowing access and examining applications for asylum, Britain was "hiding itself behind fences and refusing to consider the legitimate interests of asylum seekers," he said, especially for those who had relatives in Britain.

ProAsyl's chief spokesman also warned that the "Europe of human rights" found itself in a state of "dissolution," referring to the EU charter proclaimed in 2000 and UN Refugees' Convention signed in Geneva in 1951.

"We're witnessing a Europe of fences where everyone shoves responsibility on the next one," said Burkhardt.

Europe's latest drive was to reach deals with Egypt as well as Sudan to get it to close its border with Eritrea. Both Sudan and Eritrea had records of "severe" human rights violations, Burkhardt said.

At Calais on Tuesday, French authorities assisted with British funding and personnel were due to demolish Calais' slum of migrant tents and fragile shelters among sanddunes.

French Interior Minister Bernard Cazeneuve said by nightball Monday 1,918 people had been processed and sent by bus to some 80 centers around France. 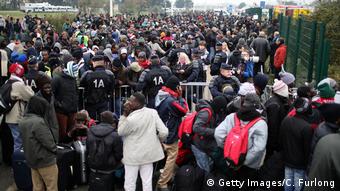 A further 400 unaccompanied minors were being kept at the campsite in heated shelters.

In an 11th-hour gesture, Britain said it would take in nearly 200 teenagers, most children with relatives on its shores, but those transfers were on hold Monday.

Dismantling work would continue as long as necessary, Cazeneuve said, adding that so far the "operation" had proceeded in a "calm and orderly manner."

Estimates differ: The camp as of Monday held 6,500 people, according to authorities, but aid groups said their count was more than 8,300. 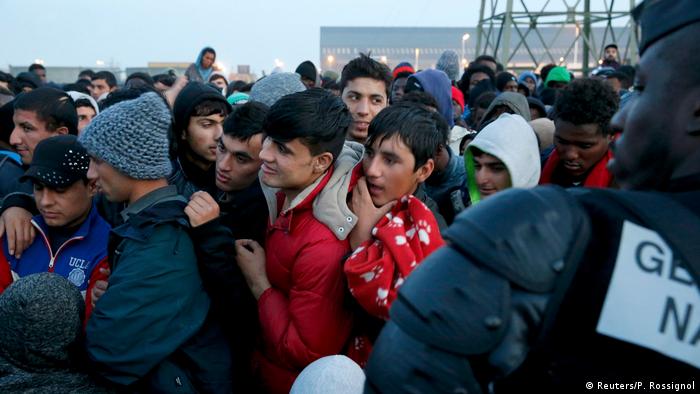 Calais port's chief, Jean-Marc Puissesseau hailed an end to the "constant stress" of truck and train drivers who feared that their vehicles would be boarded by migrants determined to cross the channel to England.

Dozens of people have been killed on the road or while trying to jump onto passing vehicles.

Last March, riots erupted when French authorities razed half of the settlement - a year out from France's presidential election in which migration is likely to be a key issue.

Germany's ProAsyl was established in 1986. Its founder, the sociologist and theologist Jürgen Micksch, is also chairman of Germany's Intercultural Council which campaigns against racism.

The number of refugees entering Germany has plummeted since January, according to German Interior Minister Thomas de Maiziere. Pro-migrant activists decried the drop as a sign of a "refugee protection crisis." (08.07.2016)