Theresa May has met European business leaders, who warned that a 'no deal Brexit' would be catastrophic. Fifteen business groups were in London to seek reassurance over the future of UK-EU trade. 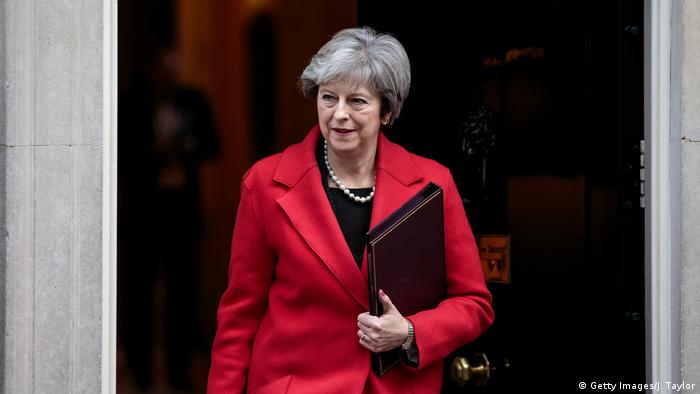 A hard Brexit would be "fatal" for industry, a group of leading European business representatives have warned Theresa May during talks in London on Monday. They urged the British Prime Minister to provide clarity over the future trading relationship between the UK and the EU and to speed up the process.

May spoke about "the mutual importance of maintaining and developing the strong connection between EU and UK markets" at the meeting at Downing Street. She reiterated her plan to agree a Brexit implementation period of two years from March 2019, with international businesses becoming increasingly vocal in recent weeks over fears that Britain could leave the EU without a trade deal.

The government is under pressure to meet a two-week deadline set by the EU's chief Brexit negotiator Michel Barnier on Friday for a deal on exit terms ahead of the December EU summit.

Britain's Brexit Secretary David Davis and Business Secretary Greg Clark also attended, with the meeting coming amid speculation that May faces a vote of no confidence from her own party. 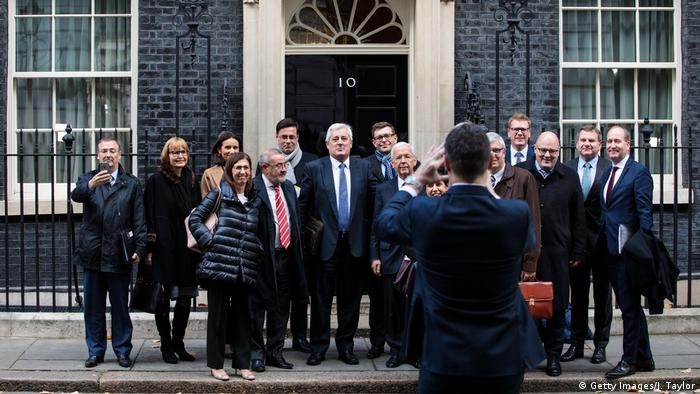 Fifteen business groups from Italy, France, Spain, Belgium, Sweden and the UK were at Downing Street

Despite Britain's hope to reassure European business there is deep scepticism, with fears thatsome may begin activating Brexit contingency plans unless a transition is agreed soon.

BusinessEurope is a lobby group that speaks for all-sized enterprises in 34 European countries, including Britain. It said last month it was "extremely concerned with the slow pace of negotiations" and called on the British government to rapidly come up with proposals that would speed them up.

Joachim Lang, a leader at BDI, expressed concern that "the danger of a very hard Brexit remains high."

Lang added that German industry needed more clarity about how Britain sees its relationship with Europe looking beyond 2019 and said it was regrettable that so much time has already been wasted.

"It's important to know what options London has on the table," said Lang. "German industry urgently needs legal assurances about the status of our employees in the United Kingdom. We have already lost too much time."

Britain is Germany's fifth-largest trading partner with about two thousand German companies having operations in the United Kingdom, employing about 370,000 people.