A representative of the UK government has acknowledged the "pain" suffered by New Zealand's Maori people in their first encounter with British explorer James Cook. Laura Clarke did not, however, offer an apology. 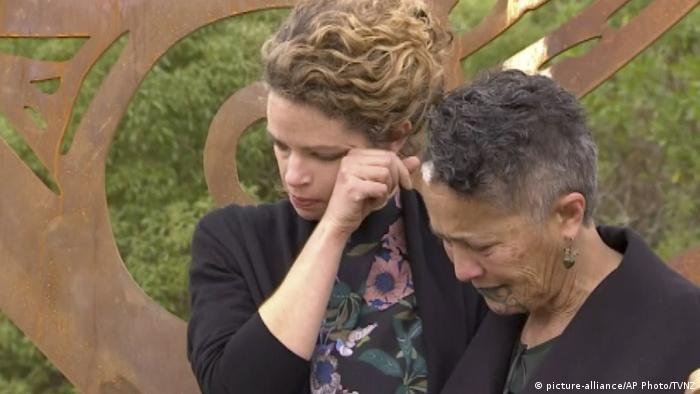 Speaking days before the 250th anniversary of the landing of Captain James Cook and the crew of the Endeavor in New Zealand, British High Commissioner Laura Clarke on Wednesday delivered a "statement of regret" over killings carried out by the crew.

Her remarks were delivered at a monument for Te Maro, a Maori tribal leader who was shot dead by members of Cook's crew within minutes of their arrival. Eight more Maori were killed over the next few days. The killing only ended after a Tahitian priest was able to mediate between the two groups.

'Pain does not diminish with time'

High Commissioner Clarke said: "I acknowledge the deaths of nine of your ancestors including Te Maro, who were killed by the crew of the Endeavor. That was greatly regretted by the crew of the Endeavor at the time … and it is regretted here today. It is deeply sad that the first encounter happened in the way that it did, and to you, as the descendants of those killed, I offer my every sympathy. For I understand that pain does not diminish with time."

Historians now say that it is likely Cook and his crew mistook a ceremonial Maori challenge directed at them as an attack.

Clarke was careful to point out that the statement of regret was delivered on behalf of the British government and not Queen Elizabeth II.

'Not the end of the story'

Meng Foon, New Zealand's race relations commissioner and the former mayor of Gisborne, noted that the statement was only the beginning of a reconciliation process. He also said that he had extended an invitation to the British royal family to attend the 250th anniversary of Cook's landing — undertaken at the behest of Queen Elizabeth II's great-great grandmother Queen Victoria — but says he never received a response.

Foon said: "It's not the end of the story. I believe future generations will demand an apology."

High Commissioner Clarke also delivered further remarks later in the day when she met with tribal leaders in a separate ceremony commemorating the 'hara,' as the atrocities are known. The exact wording of that statement will not be published.

A spokesman for one of the tribes, Nick Tupara, reacted positively to Clarke's statement, praising her for bravely taking on such a sensitive subject: "I think it's better than an apology. An apology suggests to me that you make a statement and leave it at that. Whereas a statement of regret suggests there is an opening for some dialogue going forward."

Although Britain has begun to return historical artifacts brought back to England by Cook, Maori tribes remain locked in a decades-long legal battle with the government to redress wrongs codified in the 1840 Treaty of Waitangi, New Zealand's founding document.

Like many colonial explorers, especially those from the British Empire, Cook's legacy is extremely mixed:  he is lauded by some as the adventurer who filled in the last major gaps on the world's map, and seen as little more than a thief and a murderer by some indigenous peoples affected by his actions.