Brisk business for smugglers in Greece | Europe | News and current affairs from around the continent | DW | 14.12.2016

After a period of quiet following the closure of the Balkan route, people smugglers have returned to northern Greece and profits continue to roll in. Pavlos Zafiropoulos reports from Thessaloniki. 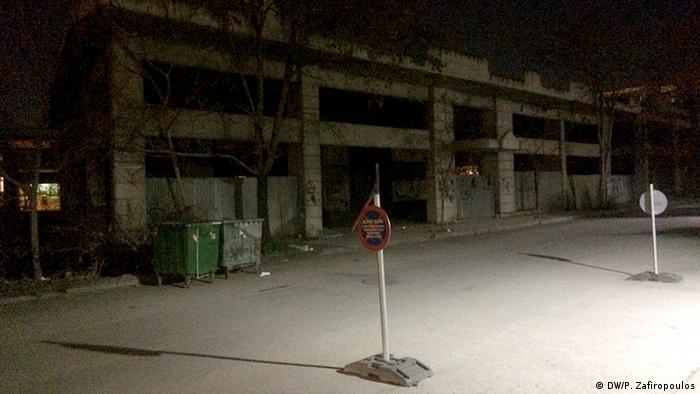 In a small kebab shop across the broad avenue that runs in front of the Thessaloniki train station, clusters of migrants drink tea and huddle around electrical outlets charging their phones. Over the past two years the shop, a family-run business operated by Evangelia Karanikolas and her husband, developed into a key stopping point for many migrants and refugees looking to travel the so-called Balkan route to northern Europe.

Karanikolas offered free use of the electricity and bathrooms to people sleeping rough in the nearby square and abandoned buildings. She also provided free food when she could, and even a warm place to sleep for some families when the weather was cold. For this reason she has become known to many migrants as 'Mammi'.

Today, even following the sealing of the border with Macedonia, little appears to have changed. The numbers of migrants and refugees may be well below the great tide of people who traveled the route in 2015 and early 2016. Yet migrants are still coming - and going. "In any way, they are trying to find some way out," Karanikolas told DW. When asked, a number of the migrants in the shop confirm that they are seeking passage out of Greece. 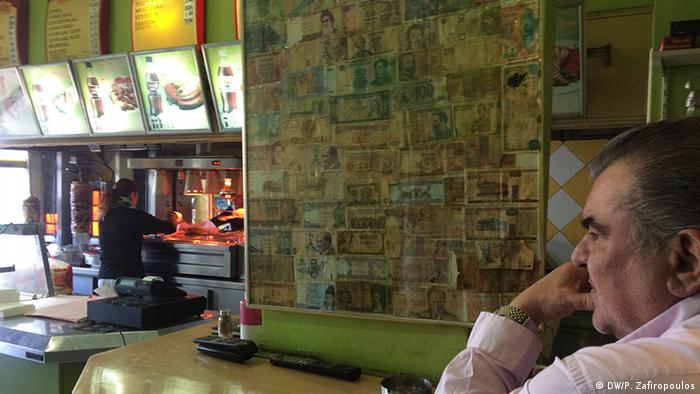 Moving in and out of the shop over the course of the day one can also see other, distinctly better dressed individuals. One such person, Sharif,* told DW that he was a "tourist" in town for a few days. Speaking in an accent with heavy East London tones he claimed that he was visiting the shop merely to be with other Afghans. A few hours later however he could be seen in a nearby dark, abandoned building conversing heavily with an Afghan family who had set up tents for the night. Other migrants told DW that the family had recently attempted to head north but had been picked up by the police in Macedonia and returned to Greece. Now they were considering their options. For a tourist, Sharif behaved very much like a smuggler.

The unprecedented movement of people that saw approximately 1 million mainly Syrian and Iraqi refugees reaching northern Europe in 2015-2016 may have been stemmed following efforts to seal Greece's northern borders coupled with the EU-Turkey agreement. Yet today migrants and refugees continue to head north through a number of illicit channels, passing under the radar of immigration officials and filling the coffers of criminal people smuggling networks to the tune of tens of millions of euros.

"I would say it is on the rise," one high-ranking police official involved in efforts to combat people smuggling networks in Thessaloniki told DW with regards to the smugglers' activity. "Following the closure of the Balkan route there was a period of relative calm, shall we say, while people waited to see what would happen, what the policies were going to be. Now in recent weeks we have seen a rise in arrests... There are active organizations and there are people who wish to be smuggled, it's the law of supply and demand." 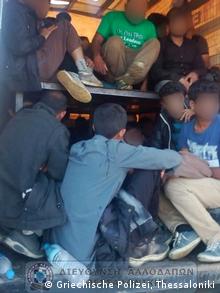 All for the lack of legal alternatives

The precise numbers of people successfully being smuggled out of Greece are impossible to know for certain. A recent article in the Wall Street Journal citing European immigration officials stated that the whereabouts of as many as 13,000 migrants and refugees who had been registered in Greece is currently unknown. The same article, citing unnamed Greek and European officials, claimed that about 500 per week were being smuggled over the northern border. Yet experts say this figure is necessarily little more than an estimate.

According to police to be smuggled from Thessaloniki to Belgrade usually costs at least between 800 and 1,300 euros ($852-$1,384) per head. Another 1,500 euros is required to reach Germany. Often this money is not paid by the migrants directly but by their families through networks spread across multiple countries.

Such prices reflect both the demand for smugglers as well as the difficulty in crossing the border. When movement across the border was largely unimpeded, prices collapsed. Now that the Balkan route is more difficult for migrants, it is more lucrative for the smugglers. "The smugglers certainly celebrated," the police official said of the closure of the Balkan route. "We heard from people involved in this that they were pleased because they would be better able to work."

Yet the police describe people smuggling operations as loose criminal networks that are different from the closed pyramid structures associated with the Italian or Russian mafias. While this makes the groups easier to infiltrate, it also means that when significant arrests are made other players can quickly adapt to fill the void. "We have observed that the networks, when they receive a major blow, they go quiet for a period of time. But we can't say they stop. They reorganize themselves, they start recruiting other players, and this has to do with the law of supply and demand. This phenomenon will not stop as long as there are people who want to migrate, who want to leave their countries, due to wars, due to poverty," the police official said.

The latter is a sentiment that is echoed by Angeliki Dimitriadi, a migration expert and Research Fellow with the think tank ELIAMEP in Athens. She argues that past experience dating back to the 1990s indicates that even supposedly successful efforts to seal Europe's external borders such as in the case of Spain usually only deflect the problem elsewhere. "The fact of the matter is there is going to be a way in, there is no way to create Fortress Europe that prevents entry 100 percent. It's not going to happen," she told DW. 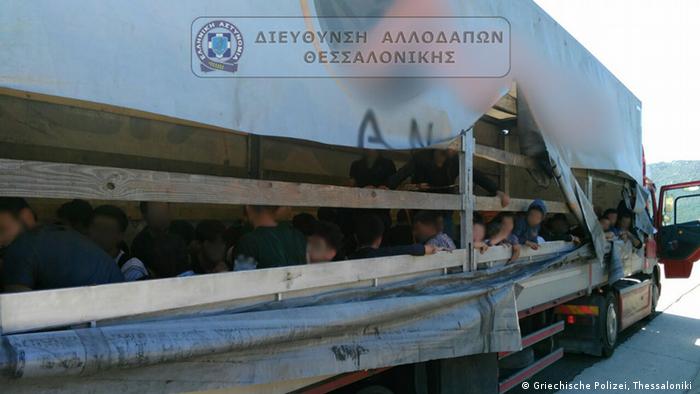 One way of addressing the rules of supply and demand would be to create legal routes, thereby removing the incentive for refugees to use illegal smuggling alternatives, according to Dimitriadi.

The criminal activity may also be making Europe less safe. This is because the same underground networks funded largely by the movement of asylum seekers can also be exploited by criminal and terror groups. "That these networks are used to send some fighters, that has been proven recently with the events in Paris," the police official told DW.

"To put it very plainly it is always safer if we know who's coming," Dimitriadi says. "In order to know who's coming, it always better if we can 'choose' also who that person will be. Why not make it legal? We can choose that. We can know who is coming. It will be safer for us and beneficial for them. It is a win win."

However, with Europe showing little appetite for the creation of new legal migration routes, the cat and mouse game between police and smugglers on Greece's borders looks set to continue, with increasingly desperate migrants caught in the middle.

*Name has been changed.