Bringing the Burrito to Berlin

Berlin may be famous for its currywurst and döner kebab, but those old fast food standards might soon give way for snacking California-style, as two entrepreneurs aim to show Germany what burritos are all about. 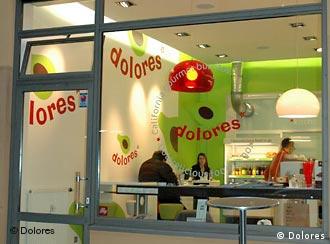 Standing on the corner of Rosa Luxemburg and Münz Streets in Berlin, one isn't immediately reminded of sunny California. Just a stone's throw away from the city's marvel of communist postwar city planning, Alexanderplatz, there certainly aren't any palm trees to be found.

Upon closer inspection, however, one discovers there are avocados aplenty here. On the window of Dolores, Berlin's first and only burrito shop, there's a stylized logo of the green fruit telling passersby that this is no ordinary German imbiss, or snack bar. 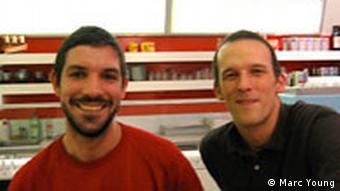 Inside, cartons of the real thing have been mashed up by the shop's owners, Philipp Krahé and Grischa Coenen, to make up a fresh daily batch of what every proper burrito needs: guacamole. But that's easier said than done in a city where ripe avocados are hard to come by.

"It's all a matter of organization," explained the 37-year-old Krahé. "You've just got to buy them as they are and store them until they're ready."

But in their quest to bring a little slice of California to the German capital, avocado wrangling is one of the easier challenges Krahé and his 30-year-old partner Coenen have had to face. Prior to opening Dolores last autumn, the two had to contend with miserly banks and Teutonic bureaucracy -- a lethal combination for so many of Germany's would-be entrepreneurs.

"They put so many obstacles in your way, it's really hard to believe," said Coenen.

He and Krahé ploughed through it all as if they were on a mission, which was only fitting, since their shop is named after San Francisco's oldest standing building, the Mission Dolores. The neighborhood around the mission is filled with Mexican and Latino shops and restaurants, but the two actually came up with the idea for their little burrito haven after they met while living in London.

Although they loved London's energy, both had become disenchanted with their jobs and they decided to start their own business. Both were also amazed at the innovative and creative types of fast food in Britain compared to what was on offer in Germany. It was then that they decided to set up their own stylish gourmet snack bar in Berlin.

Having spent considerable time in California, the two compared notes and decided the city had a burrito gap just crying out to be filled by a fat tortilla stuffed with adobo beef, pinto beans and, yes, guacamole.

"I was in California for my job quite a lot and burritos were my favorite thing to eat there," said Coenen, while describing the traditional Mexican dish.

Better than kebab and wurst

"The food in San Francisco was a dream," concurred Krahé. "In Berlin there's not much to choose from except for döner and currywurst." 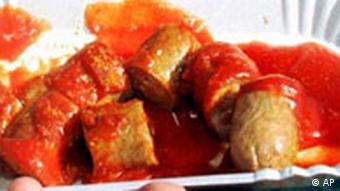 The best Berlin could do on its own: the currywurst.

They admitted it was a bit of a risk trying to expand the city's culinary horizons, but their efforts fine-tuning their recipes with a friend with Mexican roots paid off. The shop has quickly become a sanctuary for Californian refugees in Berlin -- that includes your correspondent -- who are tired of the tyranny of kebab and sausage.

Other foreigners with a hankering for lime chicken and tomatillo salsa have also started making regular pilgrimages. Marc-André Fortier, a 25-year-old from Montreal currently studying international economics in Berlin, first came to Dolores on the recommendation of a friend from Colombia. Now he comes whenever he needs a burrito fix.

"I guess you could say I'm quickly on my way to becoming a regular customer. They're really quite delicious," Fortier said. 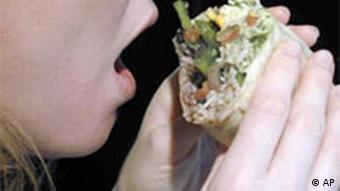 But that's not to say that Berlin's first burrito imbiss isn't a hit with the locals. Each day around noon, Germans crowd in to order from the menu that's half in English. If all goes to plan, Krahé and Coenen hope to make Dolores into a chain of shops accross Germany.

That isn't surprising for Gabriele Frankemölle, a German food writer who operates Web sites on American and Mexican cuisine. She said interest in Mexican food and its American interpretations had surged in recent years even though it was still quite hard to get authentic Mexican ingredients in Germany.

"I think Germans are more familiar with the American take on Mexican food, because they've had it while vacationing in the USA," Frankemölle said, adding a chain of burrito shops could have considerable potential in Germany.

"It could be quite an advantage that no one else is doing it right now," she said. "Younger people are eager to try something new."

How to Say 'Fast Food' in Polish

Though they've become less prosperous since the fall of the Iron Curtain, many in Poland would rather have a cheap healthy meal at a local milk bar than a Big Mac. (Sept. 7, 2004)

The döner kebab has filled many a hungry belly and is now set to reach a new audience – courtesy of Germany’s largest supplier. (July 2, 2003)