There is a "50-50" chance that the UK and the EU will be able to reach a trade deal before the Brexit clock runs out, Ireland's prime minister said. Ursula von der Leyen and Boris Johnson set to talk again on Monday. 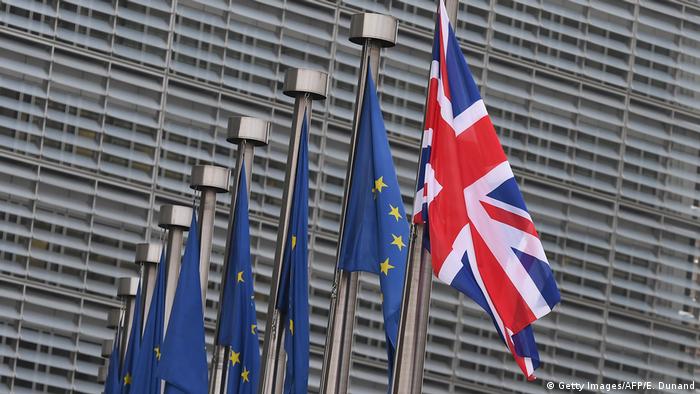 After expressing tentative hope for a post-Brexit trade deal, Irish Prime Minister Michael Martin struck a more pessimistic tone on Sunday, saying the chances of an agreement were not great.

"My gut instinct is that it's 50-50 right now and I don't think one can be overly optimistic about a resolution emerging," he told broadcaster RTE.

"My sense having spoken to some of the key principals here is that it is a very challenging issue to resolve, particularly around the level playing field [..]. Things are on a knife-edge here and it is serious," Michael said.

Difficult hurdles remain in three key areas: achieving a "level playing field" in terms of competition, as well as governance and fisheries.

EU and British negotiators resumed talks in a last-ditch bid to hammer out an agreement before the transition period ends at the end of December.

The UK's chief negotiator David Frost traveled to Brussels to meet with his EU counterpart, Michel Barnier — although no concessions have been made on either side in recent weeks.

The UK formally left the EU in January this year, but remains in the bloc's single market and customs union until the end of 2020.

Should no deal be reached by the New Year deadline, the two sides face tariffs and trade quotas as well as tighter customs controls — wreaking economic havoc.

Von der Leyen and Johnson are due to talk again on Monday to assess whether the negotiations are worth continuing.

Speed is key, as the new deal must be unanimously backed by the EU's remaining 27 member-states. Leaders are due to arrive in Brussels on Thursday for a two-day EU summit.