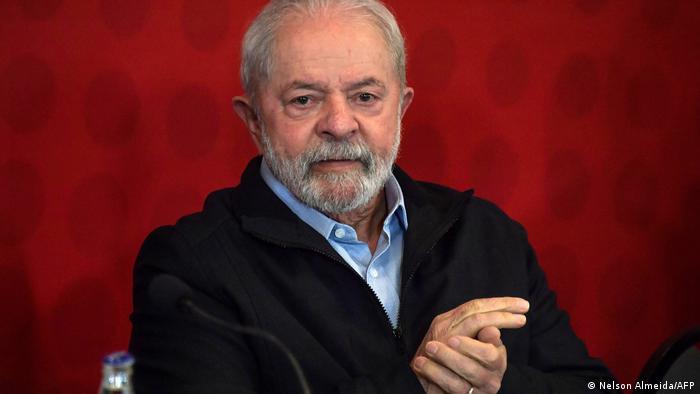 The 76-year-old leftist is seeking a third term after serving as president from 2003 to 2010. He is currently ranking higher in polls than the far-right incumbent President Jair Bolsonaro.

What is the focus of Lula's campaign?

Lula's 121-point program to "get Brazil back on track" prioritizes tackling hunger and improving "the living conditions of the vast majority of Brazil's population."

"We will have to rebuild this country, with construction based on a sound foundation," Lula told supporters in a televised address.

Top of Lula's agenda is also fighting inflation, which reached 11.73% year-on-year in May. He said Bolsonaro "abandoned" the fight against rising prices.

Lula also said it was "imperative to defend the Amazon" and oppose the "policy of destruction" set out by Bolsonaro.

"We will fight environmental crimes... and we will ensure the protection of the rights and territories of Indigenous people against the advance of predatory activities," such as illegal gold mining and logging, he said.

The plan also proposes that state-run oil giant Petrobras should work in areas related to environmental and energy transition.

Drafted by members of seven parties supporting Lula, the 34-page plan could be subject to changes after discussions with allies on the national level, Lula said. 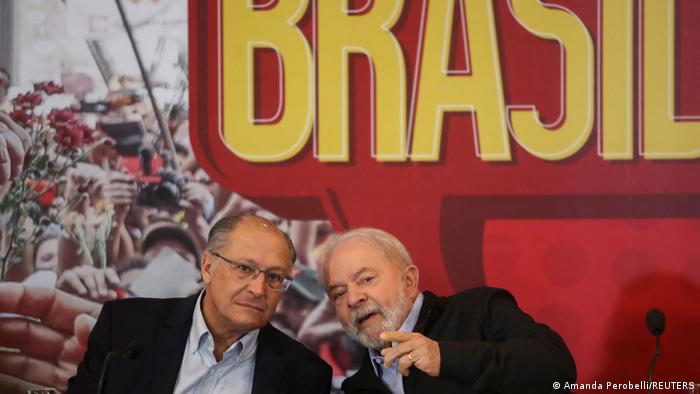 Lula unveiled his plan at a hotel in Sao Paulo, standing next to former Sao Paulo Governor Geraldo Alckmin, a right-leaning politician turned ally who will be his running mate

The campaign document that Lula revealed on Tuesday did not mention several issues that had been expected to be addressed. These include regulation of the media, policies for land reform and a clear defense of abortion rights.

The anti-deforestation, in particular, is seen as aimed at Marina Silva, who had run for the presidency in the last three elections and has yet to endorse a candidate in this race.

"Speaking about zero net deforestation is what Marina does," Senator Randolfe Rodrigues from Silva's Rede Sustentabilidade party and Lula's ally was quoted as saying by the AP news agency.

"The rest of the language is indeed for moderates to take heed, look at what we are doing."

Luiz Inacio Lula da Silva said he wanted to "send fascism back to the sewer of history" at a rally in Sao Paulo. He served as the 35th president of Brazil from 2003 to 2010.