Agricultural expansion in Brazil is threatening forests of babassu, a palm tree that provides sustainable livelihood to nearly half a million "coconut breakers." A mapping initiative could help protect the tradition. 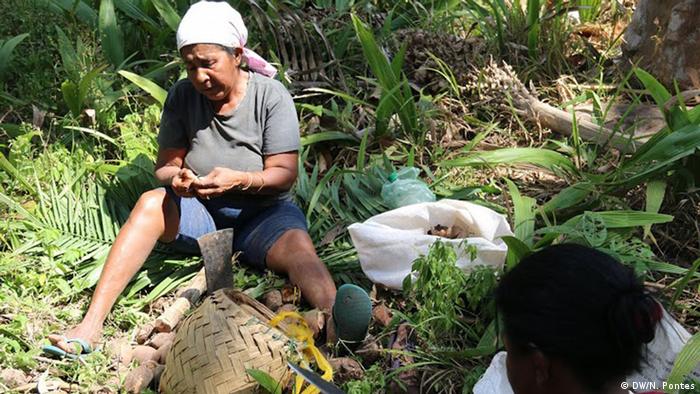 Carrying her basket while holding an axe and a rounded piece of wood, 56-year-old Eunice Conceicao Costa walks for some time before entering the forest on the outskirts of Imperatriz, a city in western Maranhao, the poorest state in Brazil. Among the trees, it is easy to spot the wild-growing, fan-shaped babassu palms. Native to Brazil, they grow up to 15 meters (50 feet) tall in the eastern Amazon region.

When the babassu coconuts ripen and fall to the ground, it is time to gather them up and break them open. The axe and piece of wood in Costa's basket are the tools that she and 350,000 other women in Brazil use to crack open the nuts and extract the kernels. Known as "quebradeiras de coco," or coconut breakers, the women depend on this traditional practice to sustain themselves and their families.

Inside each coconut are as many as eight kernels, from which the breakers extract oil for cooking. Two kilograms of nuts produce 1 liter of oil - which they sell for 12 Brazilian reais, worth about 6 dollars (5.40 euros). The oil has wide industrial use, while the coconut husk can be turned into charcoal. Flour made from the lining of the husk is a very nutritious food.

The tree is versatile; the leaves provide thatch for houses and can be woven into mats for constructing walls, while the stems are used for timber. But sustainable use of these trees is in danger due to expansion of monoculture cropping. 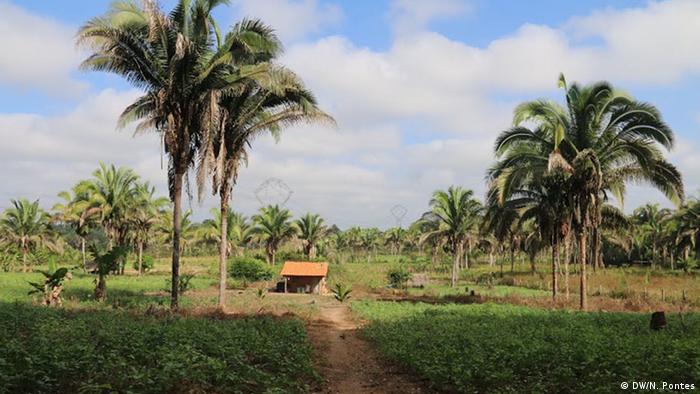 Threat to communities and forest

These days, however, Costa has put her axe and wood away, and has instead been walking around armed with a GPS and modern geo-referencing techniques. Part of an initiative that is producing highly-detailed maps of the coconut breaker lands, researchers and coconut breakers since 2014 have been working on a new map showing remaining babassu forests that are used sustainably.

A growing amount of land in babassu areas is being bought up for soy and eucalyptus, as well as for the expansion of mining, explains professor Alfredo Wagner. He has been coordinating with the group that is leading the study.

"The production of commodities is destroying traditional communities and their way of life," Wagner says. "It is a permanent source of tension." 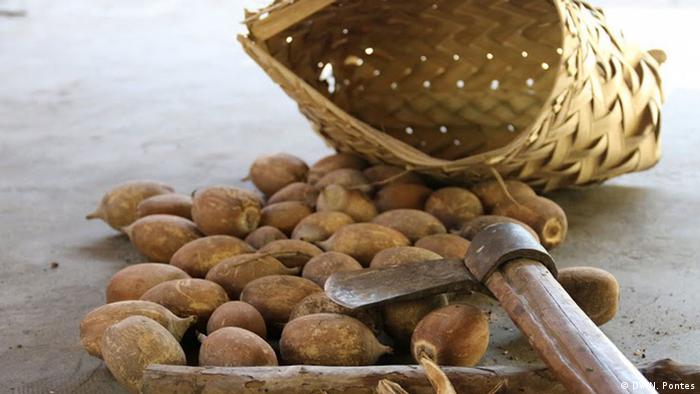 Axe, wood and basket: Tools of the babassu coconut breaker

The states where the quebradeiras live and extract was recently labeled "the last large frontier for agricultural expansion in the world" by the Brazilian government. This past May, Agricultural Minister Katia Abreu launched a development plan for the four states of Maranhao, Tocantins, Piaui and Bahia, known as Matopiba. According to the government, this program would enlarge the rural middle class, make use of innovation and technology and bring development to the region.

However, the MQCB accuses the government of presenting its rural development plan as if forests or people don't exist in the region. "But there are babassu palms here and we will protect them," says Maria Socorro Teixeira Lima of the group.

"The map we are producing will help us to keep the palms standing - because they are our mother, our source of income, the only way we have to feed our families," Lima adds.

The Matopiba agricultural development plan will encompass 73 million hectares in 337 municipalities. Total production of soybeans in the region is expected to increase by 21 percent over the next 10 years.

Wagner says the major problem is that the government launched its plan without completing any studies. He points out the way that the coconut breakers can be a model for sustainable development. 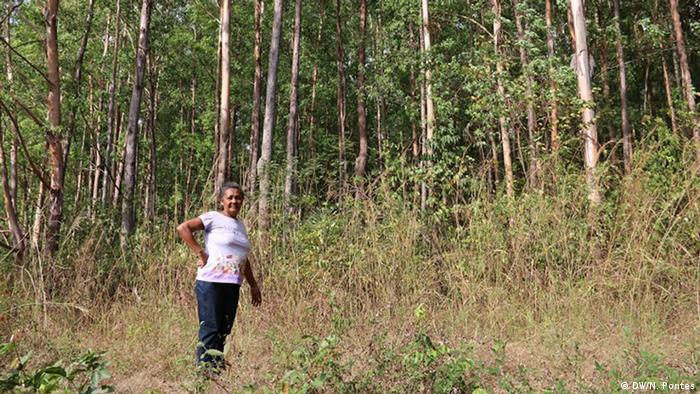 Costa fears that monocultures, such as eucalyptus pictured above, will eliminate her traditional way of life

"This may be the future of humanity," Wagner says. "After all, where the quebradeiras live is where we find clean water and intact vegetation, where people live with some dignity and in harmony with the environment."

The Ministry of Agriculture did not respond to phone and email requests for comment for this story.

For almost 40 years, the quebradeiras have fought for the right to harvest the nut of the babassu palm tree. But despite a "free babassu law" established in some areas in 1997, the breakers say they still face closed fences or gates.

Francisca da Silva Nascimento, a 33-year-old coconut breaker, says that most of these lands are concentrated in the hands of a few farmers who do not give them free access to the palms. "We want the breakers to be free," she says.

The researchers and MQCB leaders hope the map will serve as a tool against the Matopiba agribusiness expansion plan.

"I hope the large landowners never devastate nature, which is a gift from God. I hope [our tradition] never ends," says Emilia Alves da Silva Rodrigues.

With the Rio 2016 Olympics looming, environmentalist Mario Moscatelli says authorities need to be forced into action to clean up the city's polluted rivers and bays. (14.08.2015)

Bolivia has given the green light to oil exploration in seven of 22 protected natural reserves. President Evo Morales said this will not harm the natural world, and challenged environmental opposition. (24.07.2015)

As the national symbol of Angola, the giant sable antelope appears on everything from stamps to passports. But one place it is not found in abundance is in its natural forest habitat. (21.07.2015)