Bolivia to explore for oil in protected areas | Environment | All topics from climate change to conservation | DW | 24.07.2015

Bolivia has given the green light to oil exploration in seven of 22 protected natural reserves. President Evo Morales said this will not harm the natural world, and challenged environmental opposition. 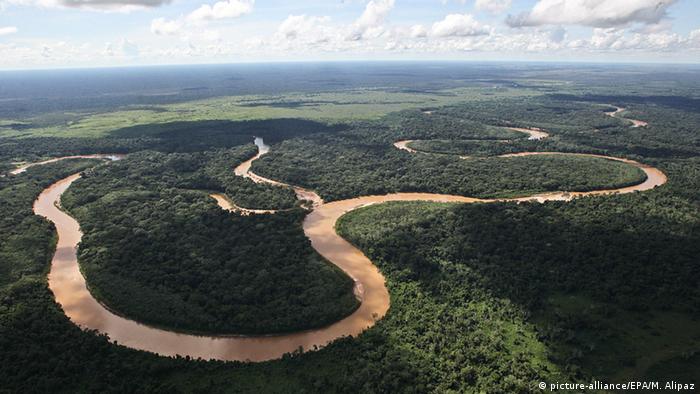 Bolivia's President Evo Morales recently announced that seven of 22 protected national parks will be opened for oil exploration in 2016, as current reserves of the country are expected to run out in 10 years.

Morales emphasized that the exploration activities will not harm the environment, "according to previous consultations."

Different environmental groups have raised their voices against the decision, pointing out risks that oil exploration could present for vulnerable communities, as well as for biodiversity.

Evo Morales is internationally known for promoting the inherent rights of nature - for example, in 2011 he saw to it that 11 basic nature rights be written into the Bolivian constitution.

Among these was the basic right of natural areas to not be affected by development projects that affect ecosystem balance. Environmentalists highlighted this potential contradiction.

Evo Morales said that communities will benefit directly from such industrial development. But Jorge Campanini, an environmental engineer and researcher at the Center for Documentation and Information (CEDIB in Spanish) in Bolivia, told DW that the record tells a different story.

"In El Chaco, an area rich in gas and oil, people are still living under poor conditions," Campanini said. "They are cooking with wood, while their land produces more than 60 percent of the gas that the country exports," he explained. 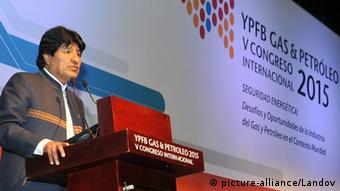 "Bolivia will not play the role of forest ranger for developed countries, who want to keep these resources untouched to compensate for their own crimes against the environment," Morales stated in response to criticism.

As Morales ratified his decision, he warned environmental organizations that he would expel them from the country if they hinder exploration activities.

The Bolivian Confederation of Indigenous People (CIDOB in Spanish) has opposed oil exploration in national parks, and the Bolivian Ombudsman's office said it would legally challenge such opening of natural areas to the oil industry.

Indigenous communities stated they may also seek international support at the United Nations climate change summit to be held at the end of this year in Paris.