The Rio Negro has swollen to levels unseen in over a century of record-keeping. More than 450,000 people have been affected state-wide. 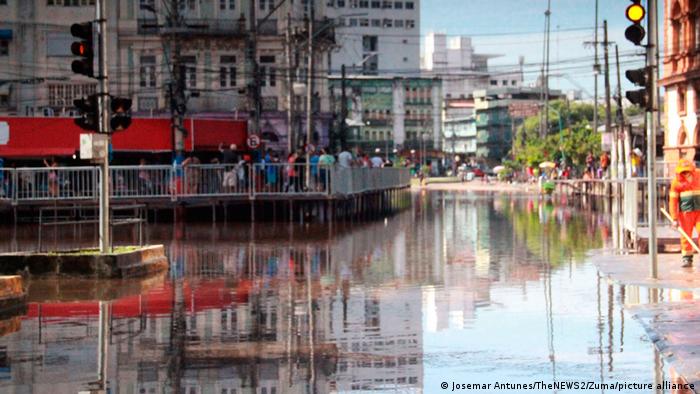 The level of Negro river reached 29.98 meters this Tuesday in Manaus

Residents in Manaus, the biggest city in Brazil's Amazon rainforest, were struggling to cope with severe flooding after heavy rain caused nearby rivers to swell.

The Rio Negro reached its highest water level since records began in 1902, with a depth of 29.98 meters (98 feet) at the port's measuring station on Tuesday.

The nearby Solimoes and Amazon rivers were also nearing all-time highs. 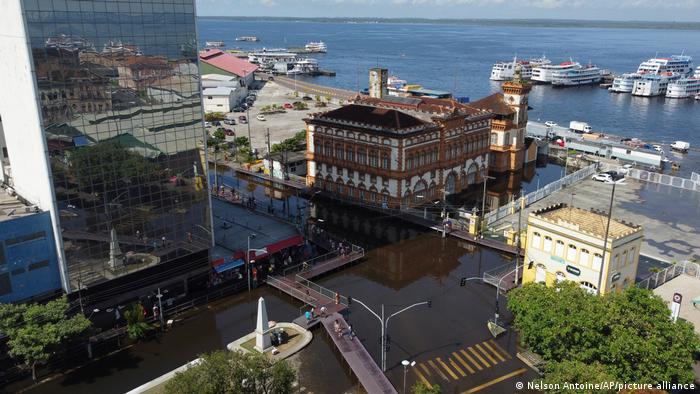 How bad are the floods in Manaus?

More than 24,000 families and 15 districts of Manaus have been affected and many people had to leave their homes, according to Brazilian online news site G1. Parts of the port area and the historic center of Manaus were underwater. 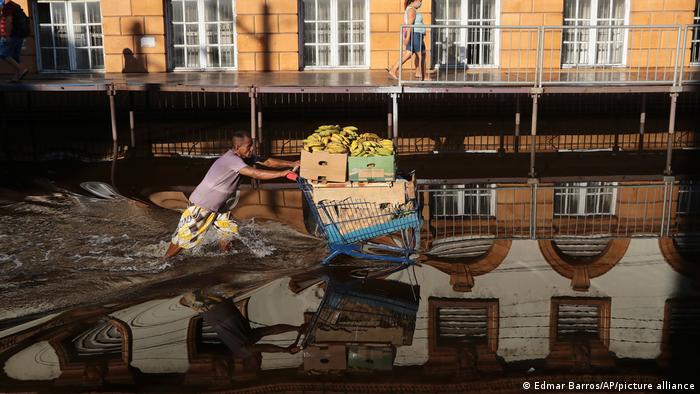 More than 9,000 meters of wooden bridges — known as marombas — were built in the hardest-hit areas to help residents navigate the city.

The high water levels are not just confined to Manaus. There has been flooding across almost all of Amazonas state and caused damage in nearly 60 of 62 municipalities. 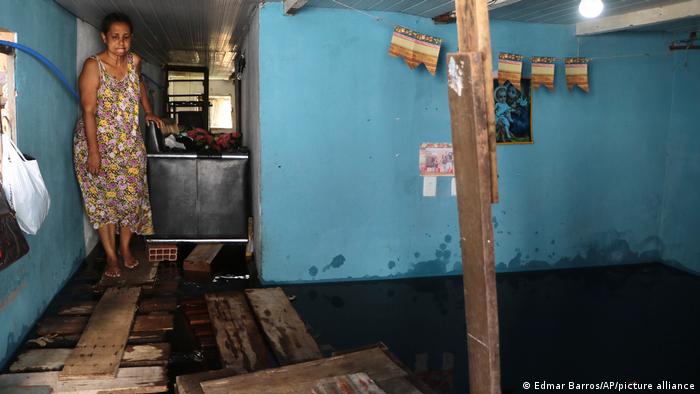 Other residents, such as 62-year-old Vera Regina de Souza Lira, tried to raise their floorboards above rising waters

More than 450,000 people have been affected state-wide.

The Amazon River also reached peak levels in cities including Itacoatiara, located in the east of the state.

Higher-than-usual precipitation is associated with the La Nina phenomenon when currents in the central and eastern Pacific Ocean affect global climate patterns.

Environmental experts and organizations including the US Environmental Protection Agency and the National Oceanic and Atmospheric Administration say there is strong evidence that human activity and global warming are altering the frequency and intensity of extreme weather events, including La Nina. 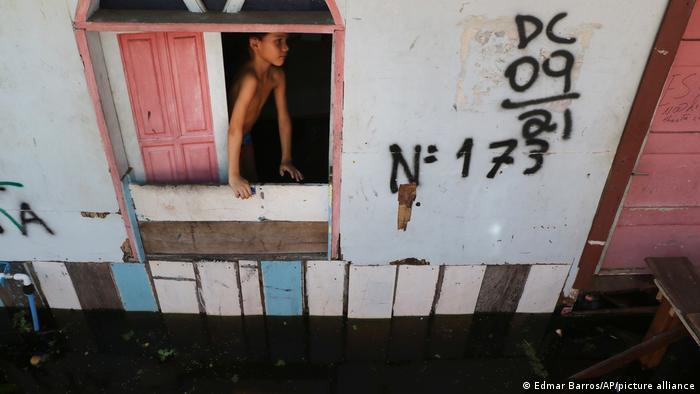 Seven of the 10 biggest floods in the Amazon basin have occurred in the past 13 years, data from Brazil's state-owned Geological Survey shows.

The mining giant said that tests had been carried out before restarting operations. The dam disaster at the mine is considered as Brazil's worst-ever environmental disaster.