Police searched the senator as part of a probe into the diversion of public funds for tackling the coronavirus. The lawmaker is an ally to President Jair Bolsonaro, who worked with him for more than two decades. 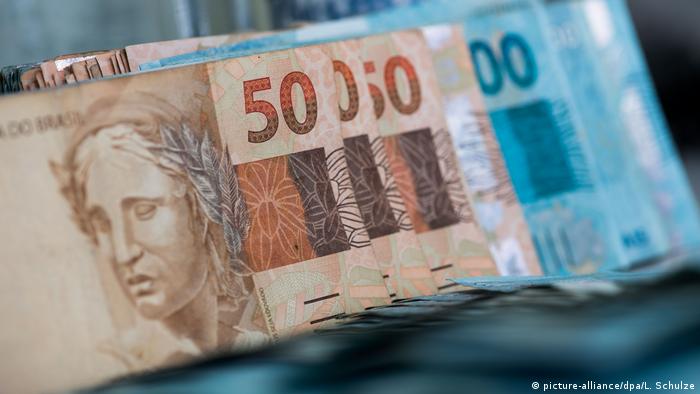 Brazilian senator Chico Rodrigues, who is allied to President Jair Bolsonaro, was caught with money hidden in his underwear during a police investigation into the misuse of coronavirus response funding, local media reported.

Federal police raided the senator's house in the northern state of Roraima as part of a probe into the alleged misappropriation of 20 million reais ($3.6 million, or around €3 million), Brazil's Communications Ministry said in a statement Thursday.

Several major national newspapers, citing unnamed sources, reported that officers found 100,000 reais in Rodrigues' home and more than 30,000 reais in his underwear, including "between his buttocks."

Brazilian internet portal UOL said the police report detailed how the senator was caught with money in his underwear due to a "large rectangular volume on the back of his robes."

The report continued, "when asked for the third time, with a lot of anger, Senator Chico Rodrigues put his hand in his underwear and pulled out other bundles of money." 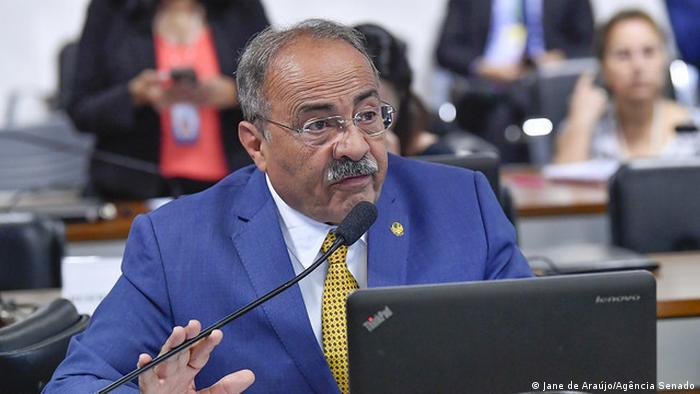 Following the search, Rodrigues was suspended from the senate for 90 days by Supreme Court Justice Luis Roberto Barroso. Barroso said the senate could determine if the suspension was permanent.

"The police team possesses a video of the second personal search that was carried out," Barroso wrote in the ruling.

"However, in this case, considering the manner in which the money was hidden by Senator Chico Rodrigues — quite deeply in his underwear — I will not reproduce these images in this report so as not to cause greater embarrassment."

Rodrigues confirmed in a statement that his house was raided, but did not give details about the incident. He denied any wrongdoing.

"My home was invaded for having done my job as a lawmaker, getting resources for the state to combat COVID-19," read the statement. "I believe in justice and I will prove that I have nothing to do with any illicit act."

President Bolsonaro, who ran for office on an anti-corruption campaign, said the raid was evidence that the government was fighting graft.

"There is no corruption in my government and we fight corruption, whoever it is," said Bolsonaro outside of his residence on Thursday. He said that he had a "stable union" with the senator, as they both served in the Chamber of Deputies for two decades.

Bolsonaro's administration has seen several corruption scandals since he took office. His son, Flavio, has been accused of taking public funds during his time as a Rio de Janeiro state legislator. Bolsonaro and his son deny the allegations.

Rodrigues, a member of the center-right Democrats party, has been in politics since the 1980s. He represents the state of Roraima, and was also deputy leader for the agenda of the Bolsonaro administration but resigned from that position following the raid.