Fake personas of journalists posted about local elections and shared memes. Employees of Brazilian President Jair Bolsonaro, his two sons and two prominent lawmakers tried to hide their connection to the network. 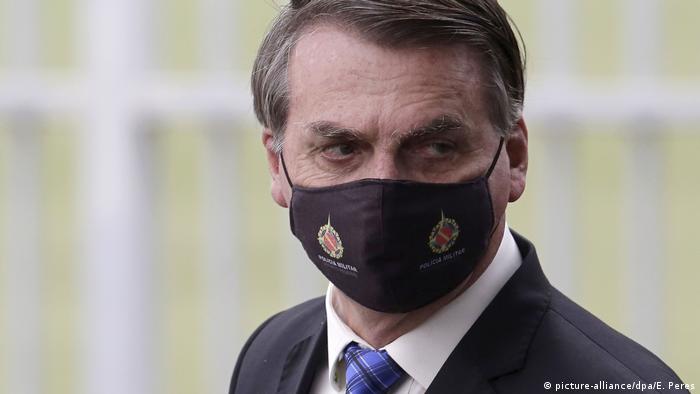 The accounts worked together to spread disinformation across its social media platforms, the company said in a statement on Wednesday.

Employees of lawmakers Anderson Moraes and Alana Passos, as well as individuals associated with Brazil's far-right Social Liberal Party also had links to the network.

There had been efforts to disguise who was behind the network activity, said the Facebook statement.

The networks were removed as part of Facebook Inc's crack-down on "coordinated inauthentic behavior." The company defines this as when groups of people or pages work together to mislead others about who they are or what they are doing, violating the company's rules.

The crack down on networks focuses on behavior rather than content – the networks were not necessarily spreading fake news.

A total of 35 Facebook accounts, 14 pages, a group and 38 accounts by Facebook-owned Instagram were removed in the crackdown in Brazil.

How did the network function?

The network made fake personas of reporters and news outlets. They then posted about local news and events, including domestic politics and elections.

Most recently, the network also posted about the coronavirus pandemic.

Nathaniel Gleicher, Facebook's head of cybersecurity policy, said there was no evidence the politicians themselves had operated the accounts.

"What we can prove is that employees of those offices are engaged on our platforms in this type of behavior," he told news agency Reuters.

Facebook has come under increasing pressure in recent weeks to better police free speech and political groups on its platform.

Hundreds of advertisers have joined a boycott aimed at forcing the company to block extremist content on its site. Multiple employees walked out last month over CEO Mark Zuckerberg's decision not to challenge inflammatory posts Trump.

Some of the world's biggest brands have pulled their advertising from Facebook in the fight against hate speech. Do these boycotts work or just allow multinationals to appear ultravirtuous? (07.07.2020)

The US ice cream company Ben & Jerry's is the latest high-profile company to announce a removal of their advertising from Facebook’s platforms in protest of their lack of action on racist and inflammatory posts. (24.06.2020)

A presidential election is just two months away, and some fear President Jair Bolsonaro's utterances mean he might not accept the result if he loses.