In just one day, Brazilian authorities went after 578 people on warrants for crimes of child pornography and sexual exploitation of minors. The massive raid is the largest ever in Brazil — and possibly in the world. 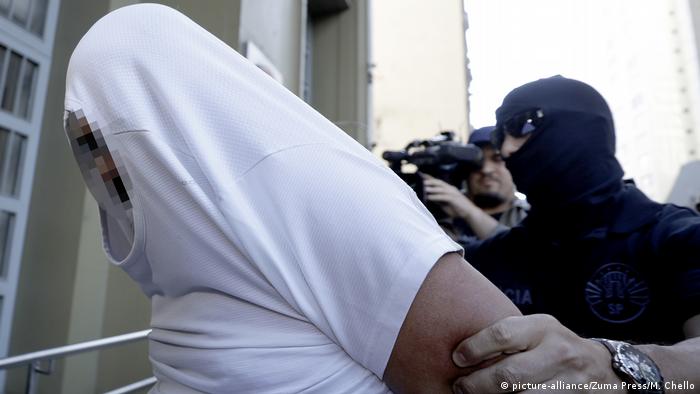 At least 132 individuals were arrested Thursday in what Brazilian authorities said was the world's largest crackdown on child pornography and sexual exploitation ever to take place in a single day. The operation was also the biggest to ever take place in Brazil.

Called "Light in Childhood 2," it followed up on a previous raid in October that led to 112 arrests.

Thousands of officers, hundreds of warrants

Brazilian newspaper O Globo put the number of those arrested Thursday as high as 170.

The operation saw some 2,600 civil police officers fan out over 24 of Brazil's 26 federal states, as well as the capital federal district of Brasilia, to serve 578 search and arrest warrants for crimes of sexual exploitation of children and adolescents.

The operation was coordinated by the newly-formed Extraordinary Ministry for Public Security headed up by Raul Jungmann, the former defense minister.

Speaking at a press conference in Brasilia, Jungmann said that individuals who were detained had been caught while committing an offense, which includes being in possession of or sharing criminal material. He added that the number was likely to rise in the next hours as the operation continued.

The suspects had been identified based on digital evidence that provided "sufficient indications of authorship and criminal material."

The security minister added that over one million pieces of pedophile content had been uncovered during the raid.

The coordinator of the cybercrimes lab, Alessandro Barreto, said that all the targets had "considerable quantities" of digital files containing child pornography in their possession, with the smallest number of files totaling 150.

However, security officials did not go into greater detail due to security reasons about how the evidence had been found. 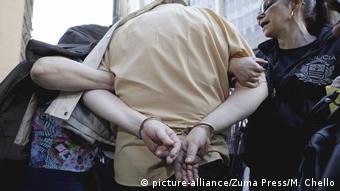 Authorities in the capital also said that those arrested ranged in age from 20 years old to seniors and included teachers and public sector workers.

While local media reported that some of the arrested were repeat offenders, others had never been detained due to the difficulty of tracking down digital evidence.

Military General Carlos Alberto dos Santos Cruz described Thursday's operation as "without doubt the biggest of this kind in the country."

Jungmann added that the country-wide crackdown was "the biggest in the world to be carried out in a single day." He also described the sexual exploitation of minors as "without a doubt one of the most reprehensible, one of the most intolerable crimes against our children and adolescents."

"Because of this, within the law, we will be unrelenting in combatting it. We will not stop here," he added.

Operation "Light in Childhood 2" was carried out one day before Brazil marks its National Day to Combat Violence and Sexual Exploitation of Children and Adolescents.