Germany's foreign students were assumed to be a hot commodity in a country desperate for skilled labor. But inhospitable employers and lack of preparation from their universities are forcing them to leave in droves. 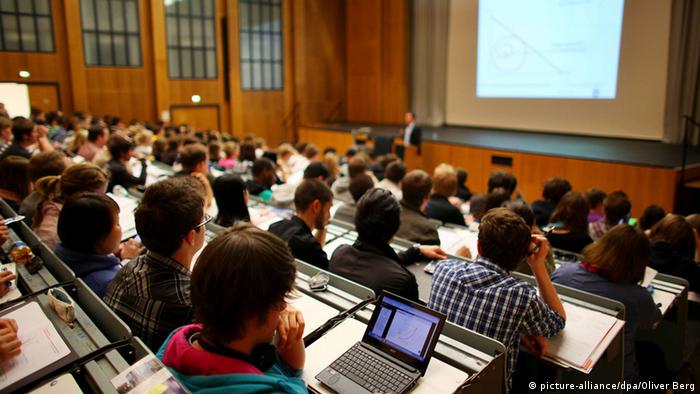 A study published this week by the Expert Council of German Foundations on Integration and Migration (SVR) highlighted the gap between Germany's professed need for skilled labor to fill in the blanks left by an aging population versus the harsh reality faced by most foreign graduates of German universities and schools of applied sciences.

Germany has made reforms in recent years to retain the students, such as increasing the length of time recent graduates have to find a job from one year to 18 months. "However, despite these reforms and students' high willingness to stay, many international students fail to find adequate employment," wrote the SVR.

The report found that almost 80 percent of the more than 300,000 international students currently studying were sure they wanted to stay in Germany to begin their careers. Despite this, three in ten of foreign graduates reported that it took them over one year to find adequate employment, while more than one in ten remained completely unemployed.

Another 9 percent are forced to continue their job search while working full time, either because they are unhappy or their position does not correspond to their field of study, a requirement of the 18-month work-search visa. 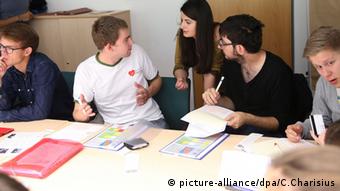 Most international students come from Asia, followed by North America and then South America.

Language hurdles and lack of preparation

A separate study also published this week by the German research foundation "Stifterverband für die Deutsche Wissenschaft" said that around 54 percent of international students leave Germany after their studies, and are much more likely to drop out than their German counterparts (41 to 28 percent).

Based on their research, the SVR came to the conclusion that the reason for the exodus of international talent was a result of unwilling employers as well as inadequate preparation of students on the part of educational institutions. One of the biggest hurdles, students felt, was the language - German universities have attracted thousands of foreigners partly due to their plethora of courses offered in English, many of which do not require even an introductory German course.

Universities instead "focus their career support on the later stages" of study programs, and suffer from "short-term funding of career services," said the SVR, adding that German companies, especially smaller ones, continue to have a "blind spot" in their human resource strategies.

But even if you speak German fluently, there are still insurmountable barriers to the job market for international students, as Gugi Gumilang, a 2011 social sciences graduate from Indonesia, told DW in an interview.

"I had to paddle upstream the whole time," he said. Required to find a job that corresponded to his studies at a time when organizations were reeling from the global financial crisis, he found that German firms face "a long process if they want to hire someone from another country" and most decide it’s simply easier to hire a local or the citizen of another EU country. 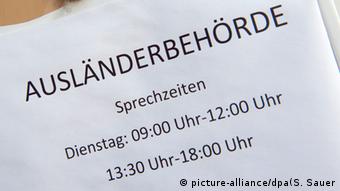 "It's hard enough adapting to a new country and a new language," said Gumilang, but he felt he was being tested more strictly by employers because of his background.

"People from the European Union get much better access to jobs," said Gumilang.

Not only was he given a "quite short" amount of time to find work, the pay he was offered also had to cross a specific benchmark. In fact he was offered a job in his field, but the salary didn't make the cut and he was refused a visa.

After his work search visa expired, Gumilang continued to apply for jobs in Germany from abroad, but the interview invitations dried up after he had to leave the country.

Germany will 'shoot itself in the foot'

Canadian music composition graduate Thierry was also frustrated with the stipulations of the work search visa.

Being bound to your major subject does not correspond to the reality of degrees like his, Thierry told DW, as it does not allow for supplementing "unstable" income with part-time work.

"It should be okay to study literature and end up somewhere else," he said.

He thought that the current system was only practical for "marketable" majors like engineering, medicine or the natural sciences - not only shutting out people with useful skills from a labor market that needs them, but contributing to the increasingly "capitalistic" aspect of universities.

Germany is going to "shoot itself in the foot," said the composer, if it continues with its policies. 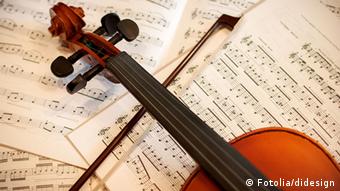 Thierry said he was given a form to fill out "with a notice to pay 25 Deutschmarks" from a foreigners' office worker who had no idea how to handle his case.

Yet the gap between the law and the modern labor market cannot be the only source of the problem, as about 40 percent of the international students in Germany in 2013 were studying subjects in the STEM fields (science, engineering, technology and mathematics), the "most desirable" degrees in the eyes of employers.

German employers remain "badly informed" about the wealth of skilled labor offered by international students, wrote the SVR, but are also "very reticent" to hire them in the first place - forcing even well-trained engineers and scientists to abandon Germany for more welcoming shores.

That's not to say that foreign students in Germany should throw up their hands in despair. American Sarah Mamer, a recent linguistics graduate from the University of Freiburg told DW that, despite her program being taught entirely in English, she was able to secure a job a month after finishing her degree.

Mamer said that her program obligated the students to complete an internship, something she saw as very beneficial to later integration into the labor market.

She believes that her success is also due to a lot of work on her own part - to search for a job and to learn German, even though it was not required for her degree.

The graduate offered some advice to prospective students: "I think the most important thing is not to put yourself in that 'expat bubble'," she said, referring to what in her experience felt like a large amount of students not making the effort to learn German or participate in German society.

"I'm not the typical case," Mamer said, adding that a student's experience in Germany is "what each individual makes of it."

Some leading economists in Germany have called for a speedy overhaul of the nation's asylum laws. They want to make it easier for skilled refugees to be integrated into the labor market. (27.04.2015)