UN-Arab League envoy Lakhdar Brahimi has called for "real" change in war-torn Syria. Brahimi, who was wrapping up a visit to Damascus, is to discuss the issue with Russia’s foreign minister later this week. 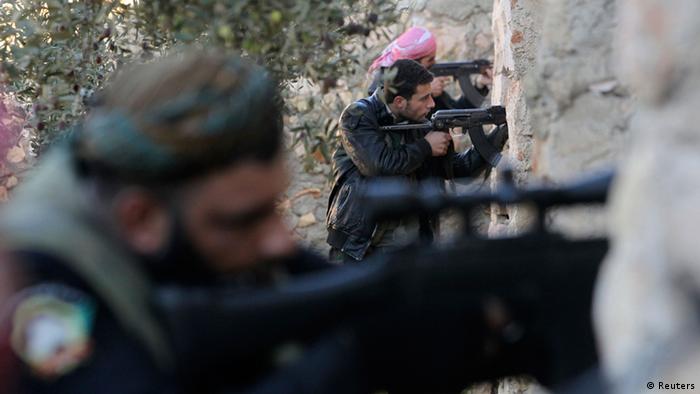 International peace envoy Lakhdar Brahimi called on Thursday for the installation of a transitional Syrian government with full powers to govern the country until elections can be held.

"We need to form a government with all powers... which assumes power during a period of transition. That transition period will end with elections," Brahimi told reporters in Damascus at the end of his five-day trip to Syria.

"Certainly it was clear in Geneva, and it's even clearer now that the change which is needed is not cosmetic or superficial," he said referring to an international meeting on Syria six months ago in Switzerland.

He did not say what role President Bashar Assad might play in any new government.

Brahimi arrived in Syria on Sunday, his first visit to the country since October, during which he met with President Assad.

Brahimi is due in Moscow on Saturday for talks with Russian Foreign Minister Sergei Lavrov on the situation in Syria. Brahimi said he also expected to hold a joint meeting with US and Russian officials but denied reports of a US-Russian plan to end the Syrian conflict.

"This is of course a part of the efforts we are undertaking to encourage dialogue not just with the government but all opposition forces," Russian government spokesman Alexander Lukashevich said.

Moscow, Syria's most powerful ally, has refused to cut ties with the Assad regime and has repeatedly rejected calls to remove him from power.

The 21-month-old conflict in Syria has killed at least 42,000 people, according to human rights groups.

Syria at an impasse

Part of the Syrian population has fought against the government for two years. As many people are caught between the front lines, the situation in Syria is unclear, but increasingly worrisome. (24.12.2012)