Tensions are still present in Bosnia and Herzegovina 20 years after the outbreak of the Bosnian War. But youth of the three different groups there are able to find common ground, which points to a brighter future. 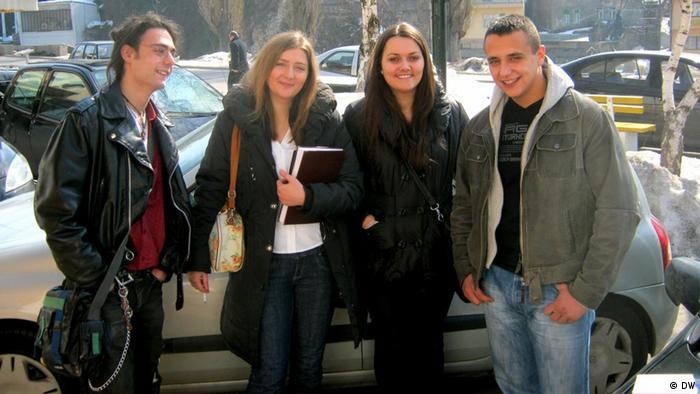 Three students sit in a cafe in downtown Sarajevo. At first glance, Enida, Natalija and Igor don't look very different. They like the same music, have similar fears for the future and speak related languages.

And they were all born in 1992, the year the war started in their native Bosnia-Herzegovina.

Despite sitting together now, the three students grew up in different worlds. They went to different schools, where they learned different versions of history. Bosniaks - predominantly Muslim Bosnians - Serbs, and Croats: each have their own story of the war.

They don't even agree as to how it began. 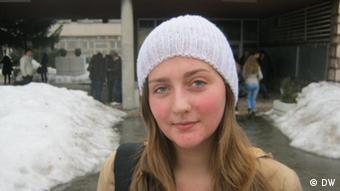 Natalija is a Bosnian Croat

Natalija is a Bosnian Croat. She learned that the war started in October 1991 "with the Serbs' attack on the village of Ravno in eastern Herzegovina. The Serb-dominated Yugoslavian army, which had already begun its attack on the Croatian city of Dubrovnik, destroyed Ravno, a small Croatian settlement nearby.

For Igor, a Bosnian Serb, the war started on March 1, 1992 in the historical quarter of downtown Sarajevo. "The version of history I know says that the war started with the killing of Serbian wedding guests," Igor told DW.

Enida, the Bosniak, has a more diplomatic take. "All I know is that there were disagreements among the three groups," she said, without naming a specific date.

A widely accepted account states that the war officially started on April 6, 1992, when the European Community and United States recognized Bosnia and Herzegovina as independent states, and the day after Serbian snipers shot at and killed two peace demonstrators in Sarajevo.

This would usher in a nearly four-year siege of the city. 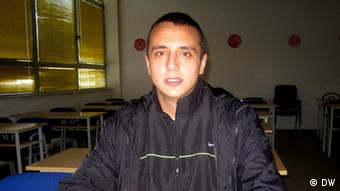 Igor's parents left Sarajevo around that time. With a barely one-month-old baby and all their Serbian friends gone, they had no choice, Igor's family lore goes.

What were they supposed to do, Igor said, "wait until the neighbors come and kill the baby?" Igor's father ended up joining the Serbian army not soon after.

In a small city about 50 kilometers northwest from Sarajevo, another father joined the war - this one on the side of the Bosniaks. Enida was barely a year old when she lost her father, who died in 1993 near Busovaca while fighting Croatian troops.

Natalija's father also fought not far away, but on the side of the Croats. The Croatian army's goal was to join together all the Croatian-dominated regions with Croatia. "He was defending the area against the Muslims," Natalija said, repeating a common Croatian conviction.

Hope for a brighter future 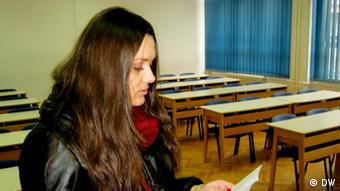 Enida Mekic is a Bosniak

For years before the war began, the fathers of the three youths lived peacefully side by side. For a long time, Bosnia was considered a model of successful coexistence among different ethnic and religious groups.

But during the war, young men who had spent their youths playing sports together instead fought each other on the battlefield. Even now, two decades later, tensions are still present.

Igor said he feels them on a regular basis. "I like Sarajevo and feel sad that I don't live here," Igor said. He described experiencing discomfort whenever he comes, due to his Serbian name. Igor described how when he's in the city and someone calls his name, he jerks back. "I'm afraid," Igor said.

But despite that, the three 20-year-olds sit together in a cafe, drinking Bosnian-style coffee and chatting with each other. And they get along fine, despite their differences.

"I don't have any prejudices, and don't hate anyone," Enida said. "We shouldn't have to drag things that happened in the past around with us for the rest of our lives."

Enida, Natalija and Igor are trying to find their way in today's Bosnia and Herzegovina, beyond the nationalistic restraints of their surroundings. And they don't plan on letting the past determine their future.

A former Bosnian warlord has been released from prison in the Croatian city of Pula after serving most of his term. Fikret Abdic led his own autonomous region during Bosnia's civil war. (09.03.2012)

Many hoped that the trial of former Serbian President Slobodan Milosevic would help Serbians confront the past. But 10 years on, there's little evidence that much has changed. (11.02.2012)