Voters from countries as diverse as Montenegro, Malawi and Morocco were among those who opted for Dortmund's midfield maestro Henrikh Mkhitaryan as DW Player of the Season. The Armenian won 26 percent of the votes. 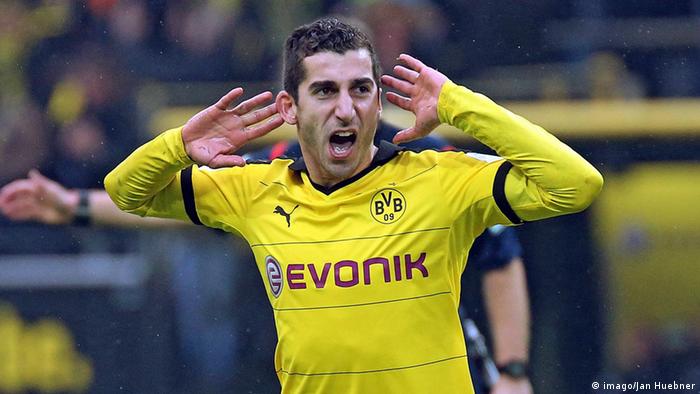 Henrikh Mkhitaryan has emerged as one of Dortmund's key men during Thomas Tuchel's first season at the club and held off competition from Leverkusen striker Javier Hernandez (21 percent) and Bayern Munich duo Thomas Müller and Robert Lewandowski (both 17 percent) to claim the honor.

Frankfurt fan Raza Hyder from Islamabad in Pakistan was one of those who voted for the Dortmund playmaker and will win an Eagles shirt. He's sure to hope it will be a Bundesliga kit next year, with Frankfurt set for a relegation play off with Nuremburg after losing to Werder Bremen on the last day of the Bundesliga season.

With 11 Bundesliga goals and a league-leading 15 assists from 31 appearances this season, the Armenian has added a cutting-edge to his graceful style, helping Dortmund to second place in the Bundesliga after a disappointing campaign last time around.

He may yet cap the season with a trophy, when Dortmund meet rivals Bayern Munich in the German Cup final in Berlin on Saturday. 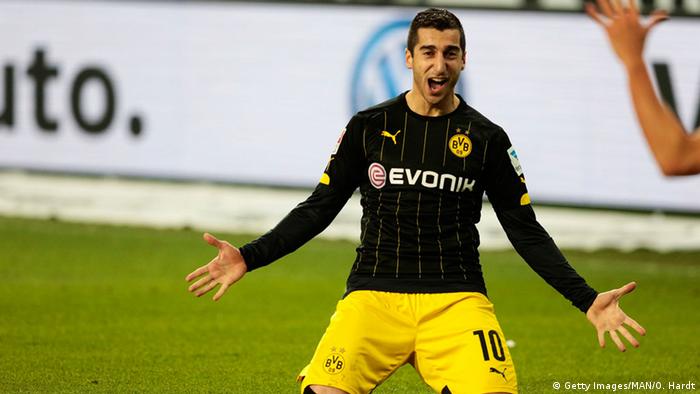 In all competitions this season, Mkhitaryan has 23 goals and 32 assists.

A hero in his homeland, Mkhitaryan benefitted from a number of votes from Armenia but there were also votes from nearly 30 countries.

In an interview with DW earlier this year Mkhitaryan said he was happy to have improved his output:

"I am really excited that I can score a lot," he said. "I can assist a lot and play good, but I'm also very excited because of the team game. This year we're playing amazing football, everybody has started to like our football style. And I think they will continue to like this. So in the near future it will be really very good for us."

In the same interview, he also praised Tuchel's impact on a career that, this time last year, looked like it may not hit the heights his talent deserves.

"We have a good connection and I'm very happy that I have the chance to work with him," Mkhitaryan said.

"Because really, from the first talk we had he told me that “Miki, I can bring you to a level of high-class.” And yeah, at one point I doubted it because I was not really confident that after a bad season he could make me a high-class player. But he did it and I'm thankful to him."

Earlier this year at Dortmund's training camp, Tuchel told DW how much he respects Mkhitaryan. "Henrikh is a great example to us all. It's a huge honor to be his head coach. He's one of the best players, he hasn't peaked yet. He's an incredible person, very intelligent and sensitive. And he's an outstanding player who is committed to the team."

Mkhitaryan's victory was announced on DW's The Bundesliga show on Saturday evening.

Who’s your Player of the Season?

Robert Lewandowski? Henrikh Mkhitaryan? Javier Hernandez? There’s no shortage of contenders in for the DW Bundesliga Player of the Season. Vote now to be in with a chance of winning a Bundesliga shirt of your choice. (01.05.2016)

Mkhitaryan hopes Tuchel can convince him to stay at Borussia Dortmund

Henrikh Mkhitaryan is in a much better place at Borussia Dortmund than he was a year ago. He reflects on his season and his relationship with Thomas Tuchel with DW's Barbara Mohr. (21.01.2016)