Borussia Dortmund target Lucien Favre: 'the opposite of Jürgen Klopp'

Borussia Dortmund have already identified Peter Stöger's successor, according to reports in Germany. Swiss technician Lucien Favre has plenty of Bundesliga experience but there is a huge rebuilding job to be done. 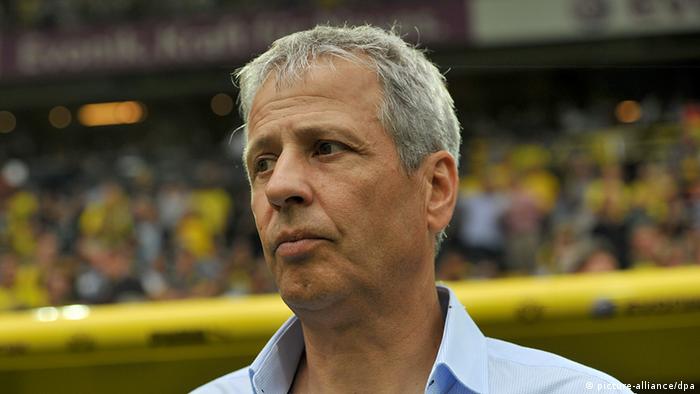 On Saturday in Sinsheim, Peter Stöger will take charge of what will likely be his final game in charge of Borussia Dortmund.

According to local outlet Revier Sport, advanced discussions have already taken place between the BVB bosses and Lucien Favre – the 60-year-old Swiss tactician who topped the Black and Yellows' wish-list last summer. Then, Favre's current employers, OGC Nice, refused to let him leave.

Twelve months later, French media report that Dortmund are willing to pay Favre's €3 million ($3.6 million) buy-out clause but that the coach wants the club to ensure Champions League qualification – an aim they can achieve with a point away at Hoffenheim on Saturday – before an agreement is reached.

German and French-speaking Favre is highly respected in Germany, having won three Coach Of The Year awards as he led Hertha Berlin and Borussia Mönchengladbach to top-four finishes before heading to France.

"Lulu," as he is affectionately known, is a tactically-astute perfectionist, known for coaching a slower, more possession-based game than the aggressive pressing styles favored by many Bundesliga bosses.

He also comes with a reputation for developing teams and players, both young and old. In Nice, he successfully tamed the combustible Italian striker Mario Balotelli while a move to Dortmund would see him reunited with perhaps his most famous young protégé, Marco Reus.

"He is a sensational coach," said Reus upon switching Borussias from Gladbach to Dortmund in 2012. "He's the person from whom I've learned the most in my career." Reus committed his future to BVB when he signed a contract extension until 2023 in March – perhaps an indication that talks with his mentor Favre were progressing even then. 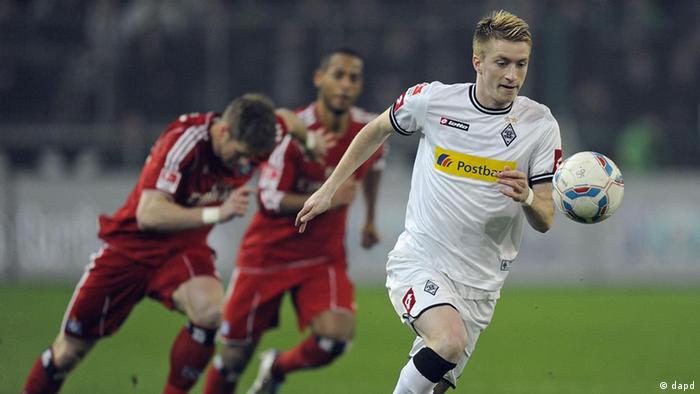 Marco Reus in action for Lucien Favre's Borussia Mönchengladbach in 2012

'The opposite of Klopp'

But question marks remain. Ever since the departure of Jürgen Klopp in 2016, Dortmund fans have longed for a return to the high-energy, "heavy-metal" football which saw them win back-to-back league titles in 2011 and 2012 and took them to the Champions League final in 2013, something Favre is unlikely to offer.

His successor, Thomas Tuchel, himself labeled the "anti-Klopp" by Kicker magazine in 2015, achieved the highest points-per-game ratio of any Dortmund coach in history in the 2015-16 season (2.29) but his perfectionist demands caused friction both in the dressing room and among the club hierarchy.

Hardcore supporters on the Yellow Wall struggled to identify with Tuchel's intense, tactical approach, which they considered cold and emotionless and not in keeping with the perceived traditions of their club. That doesn't bode well for Favre, described by German broadsheet Süddeutsche Zeitung as "the opposite of Klopp."

"BVB need more than just a good coach; they need an identification figure," agrees Spiegel. "A lot of things are broken in Dortmund: the squad, the environment and the relationship with the supporters."

"Favre is neither a diplomat nor a friend," adds local paper, Westfälische Nachrichten. "He's a football developer with clear, opinionated ideas." 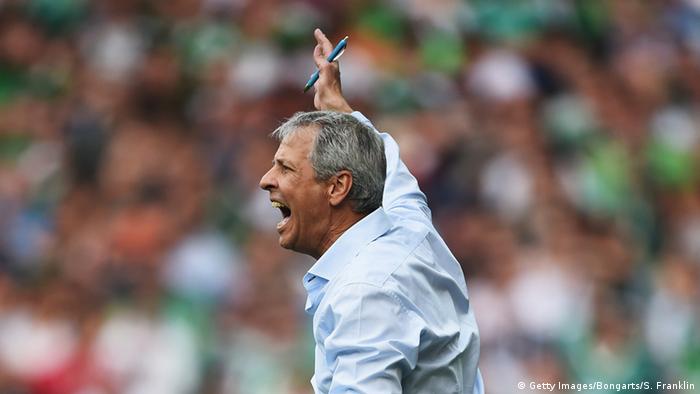 Lucien Favre on the touchline as Gladbach coach back in 2015

Whether those ideas will complement what sporting director Michael Zorc and CEO Hans-Joachim Watzke envisage remains to be seen.

Add new "head of professional football" Sebastian Kehl and "external adviser" Matthias Sammer to the mix and there could be a danger of too many cooks spoiling the broth, at a time when a clear sense of direction is required at the Westfalenstadion.

If Favre is to succeed, he has to be allowed the space to do so, and supporters and club officials alike may have to put aside some of the more idealistic perceptions of their club - something they weren't able to do with Tuchel.

As for that "broken" squad, Favre has already discussed personnel issues with Dortmund.

The signing of Augsburg goalkeeper Marwin Hitz, who has the same agent as Favre, is expected to be confirmed in the coming days, with the 30-year-old expected to provide competition for his Swiss compatriot Roman Bürki.

According to local media, Dortmund are also interested in signing veteran Juventus right-back Stephan Lichtsteiner on a free transfer – another Garde Suisse as Favre pursues what local paper WAZ are calling the "Swissification" of the playing staff.

For a few more days however, the focus remains on an Austrian, as Peter Stöger takes his team to Hoffenheim with Champions League qualification at stake.