The new UK prime minister will attempt to convince the French and German leaders to restart Brexit talks, according to British media. A longtime Brexiteer, Johnson has made his career criticizing the EU. 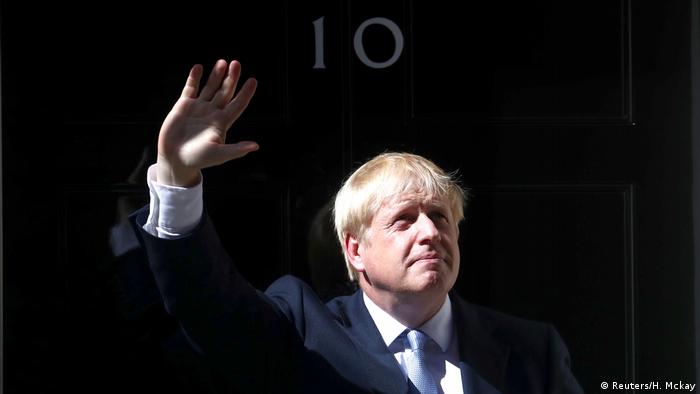 British media reported on Saturday that Prime Minister Boris Johnson would use his trips to France and Germany this week to tell European leaders that the British Parliament cannot stop Brexit, and urge them to agree to restart negotiations to avoid a no-deal exit on October 31.

The trip to meet with Chancellor Angela Merkel and President Emmanuel Macron is set for Tuesday, The Guardian reported. It would be Johnson's first trip abroad since coming to power in July.

"Johnson is expected to tell them that they have two months to agree a deal acceptable to the cabinet and parliament, without which the UK will exit without an agreement on Halloween," the Sunday Telegraph newspaper wrote.

So far, the European Union has refused to start new Brexit talks with Johnson, saying that it had already agreed to a deal with his predecessor Theresa May.

May's deal was voted down by Parliament three times, leading to her resignation in June.

Johnson will also reportedly meet with EU Council President Donald Tusk before attending a G7 summit of the world's major economies in France next weekend.

The prime minister faces an uphill battle in placating his European allies, as he has built his career on anti-European rhetoric. Johnson has admitted to fabricating stories about the EU during his former career as a journalist, writing, for example, that Europe was pursuing legislation to ban prawn-flavored potato chips.

He also actively supported the Leave campaign in the run-up to the 2016 Brexit referendum, famously traveling with a bus bearing the false claim that the money that would allegedly be saved by leaving the bloc could go directly into the National Health Service (NHS).

UK: Boris Johnson vows to 'come down hard on crime'