A no-deal Brexit would be in "nobody's interest," according to Angela Merkel's spokesman. But the German government is still preparing for that very possibility, and believes it "highly likely," leaked documents suggest. 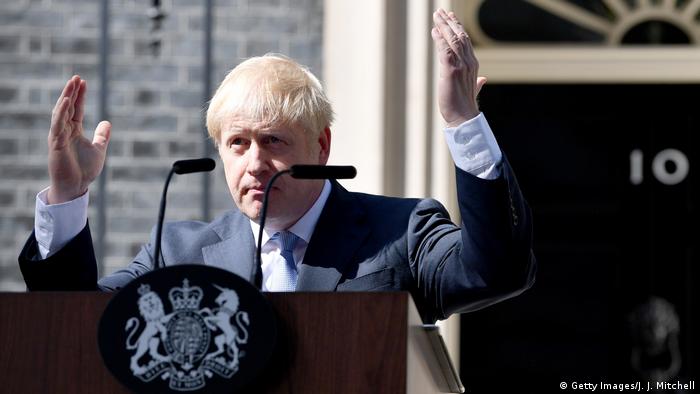 Steffen Seibert added that a meeting was planned "in the very near future," but he did not specify the date.

Commenting on the possibility of a no-deal Brexit on Friday, Seibert said that a deal would be "preferable from every viewpoint."

At the same time, he told reporters, the German government is still preparing for the no-deal option.

After the meeting, Scholz tweeted that the remaining 27 EU members stood "united" and were "ready for all scenarios."

The previous day, the Handelsblatt business daily reported on a document allegedly leaked from Germany's Finance Ministry, which said that Berlin had "largely completed" its preparation for a no-deal Brexit.

The paper also said there was a "high probability" of the UK crashing out of the EU without an agreement in place. It was unlikely that Boris Johnson would change his "tough negotiating position," according to the official document cited by Handelsblatt.

The ministry also reportedly expects Boris Johnson to use this month's G7 summit in France for a "big moment," during which he is likely to announce a breakthrough or the failure of Brexit negotiations with the EU.

Brits in Germany during Brexit

The UK was set to leave the EU in March this year. However, the two sides agreed to delay the process to allow former Prime Minister Theresa May to push the Withdrawal Agreement, negotiated between London and Brussels, through Parliament in the UK. May's efforts proved to be unsuccessful and she resigned.

The latest extension deadline is set to expire on October 31. Boris Johnson, who became prime minister some three weeks ago, pledged to deliver a "do-or-die" Brexit by that date. He has urged the EU to amend May's deal, threatening to take the UK out of the bloc without a deal in place if no changes are made.

During his campaign, he also threatened to withhold the UK's divorce payment to the EU, which was estimated at £39 billion (€42.7 billion, $47.4 billion) in May's agreement.

The EU has repeatedly rejected the calls to renegotiate the deal.