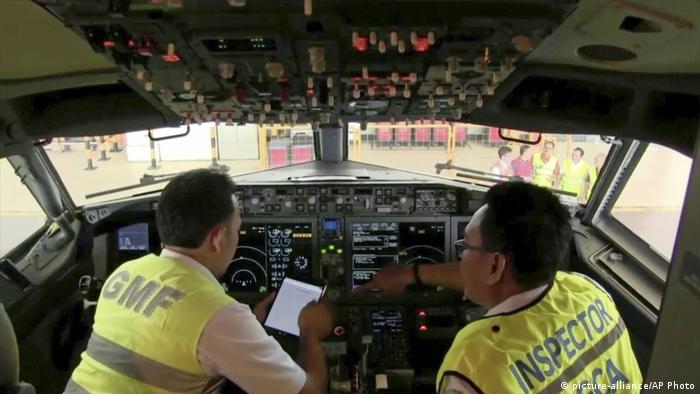 Boeing made mistakes in its handling of an alert system on the company's 737 MAX planes and communicating the problem to authorities, Boeing CEO Dennis Muilenburg said at the world's biggest air show in Paris on Sunday.

Muilenburg referred to a cockpit warning light designed to alert pilots when two sensors on the plane's wings disagreed about the aircraft's angle of attack. The system was meant to be a standard feature on all MAX planes, but it only worked if the buyers purchased additional safety features.

"We clearly had a mistake in the implementation of the alert," Muilenburg said at Paris Air Show.

Both Boeing and the US Federal Aviation Administration (FAA) have said the light was not critical for flight safety.

However, the alert system was connected to the firm's new Maneuvering Characteristics Augmentation System (MCAS) software. Experts believe the software played a key role in deadly crashes in Indonesia in October and Ethiopia in March that killed a total of 346 people.

Boeing learned of the likely light malfunction in 2017, but it did not share that information with regulators until the Lion Air crash in October.

The connection "was not consistent," he said. "And that's unacceptable." Muilenburg has been Boeing's CEO since 2015

Waiting for 'all clear'

Max jets have been grounded worldwide since the two crashes.

Investigators noted that in both cases, the planes kept pushing their noses down despite the pilots' efforts to correct it. While preliminary reports stop short of directly blaming MCAS, the plane's software automatically tilts the aircraft down if the risk of stall is detected, even when the autopilot is deactivated.

Many pilots' representatives have criticized Boeing for not giving them enough information about the system before putting the planes into operation.

On Sunday, Muilenburg said the company's first priority was rebuilding trust. Boeing has already presented software updates for the MCAS system and is waiting for regulators to approve the fix. The CEO added that he expects the 737 MAX to fly again before the end of the year.

"We think it makes sense to get the planes all over the world back in the air at the same time," he said.

Last month, the FAA said their probe was still ongoing.

"It takes as long as it takes to be right," FAA interim chief Dan Elwell said at an aviation summit in Texas.