BlogWatch: Fashion shoot causes stir over discrimination | Asia | An in-depth look at news from across the continent | DW | 22.03.2012

An advertising campaign by a fashion designer in Pakistan has triggered national and international criticism for discriminating against poor. 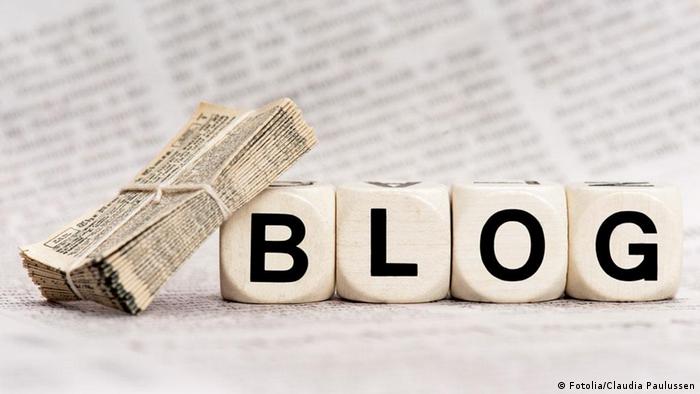 A leading fashion brand in Pakistan, Sana Safinaz, has faced severe criticism and calls for boycotts of its products after the brand posted pictures of its upcoming spring/summer 2012 collection on Facebook as part of its advertising campaign. The campaign received criticism for "highlighting the class divides in Pakistani society," as some people put it.

The pictures initially posted on Facebook show a chic female model with expensive accessories against a backdrop of poor laborers. These laborers, locally referred to as coolies, carry passengers' luggage at train stations and are considered part of the society's working class.

The advertisements attracted the immediate attention of the online community and people started criticizing the campaign for allegedly depicting the collies as poor, distancing them from the rich model in the foreground. They believe that the layout of the advertisement is such that it creates a divide of rich and poor.

As quoted in a blog published on the online edition of a Pakistani daily, Express Tribune, Rabia Salman asks in Twitter comments, “Why couldn't you come up with a better campaign than this?” The writer adds, “It just glorifies the gap between rich and poor. Look at the poor man. His whole life's savings is worth less than the bag he is carrying.”

The immense number of Tweets and comments on Facebook, plus the fact that the matter was also picked up by the international media inspired many Pakistani bloggers to take to the keyboard.

“We love being angry, don't we?” writes Sara Muzammil in her blog for the online edition of Pakistan's Express Tribune. Referring to the barrage of criticism Sana Safinaz has received for the photo shoot, the writer says, “As a nation, Pakistanis are most certainly good at one thing, criticizing. I'm not saying that is a bad thing. It's good to have an opinion, but we should know where to draw the line.”

Summing up her blog and commenting on the people's feedback, Muzammil concludes, “If someone thinks that boycotting Sana Safinaz will make you a human rights' activist, I'm sorry to break it to you but it won't. For that, you actually need to do something other than changing lawn (a type of cloth, usually worn in summers) brands.”

Her blog drew a lot of feedback. Where many people disagreed with the blogger, saying that such divides create larger gaps in mindsets, many were also of the opinion that the matter is being over exaggerated and that people should be paying attention to more important issues. One such person, Mehreen, gives her take on the issue, writing, “If we want to be enraged, let's be enraged at the millions of children who work as domestic servants, brick makers and in factories as cheap labor. Let's be enraged at the state of women and rights of minorities in our country.”

Meanwhile, another blog website, The Digital Christian, which provides a platform for the Christian community in Pakistan, is more of analytical nature. The blog points out that Sana Safina received even more negative publicity because the company refrained from issuing an immediate response. "The PR firm in question made a typical mistake all major brands have had to face worldwide when they delved into social media: delayed response to customer/reader/viewer feedback."

The blog also quotes a statement by Safinaz Munir, one of the founders of Sana Safinaz: “It doesn't matter to me that 20, 30 people are passing judgment. On the other hand, we've had thousands of people who've loved the advertisements and the designs.”

Another blogger who is also the Deputy Editor for a leading daily in Pakistan, DAWN, Shyema Sajjad wrote a blog titled Disrobing Reality for the online edition of the publication. The writer believes that this whole debate of pretending to be sensitive about poverty is getting rather old in Pakistan. “Once you start actively trying to eliminate the menace of poverty, your conscience will feel more at ease – but until you don't start doing that, I don't think any of us have a right to complain.”

The Sana Safinaz campaign issue and the response of the people on Facebook is best summed up in his comments on Facebook by Zarlasht Faisal: “The context of the communication was that SS prints make you look good. But when you juxtapose it with a line up of coolies who symbolize daily back breaking labor with low wages it becomes a political statement. And that's why I feel so many people took offense to it.”

Of late, a number of incidents have occurred in Pakistan where the people, basically internet users in the country have been very vocal. Sana Safinaz's incident similarly highlights the increasing influence of social media in Pakistan which is termed as the "fastest growing social media market in the world," by The Digital Christian.

People are talking about India’s Congress and Bharatiya Janata parties after the recently held state elections and how election results highlight the country's changing political landscape. (12.03.2012)

Blogwatch: 'A nation in self-denial'

As Pakistani parliament postpones a crucial review session of its terms of engagement with Washington to next month, the country’s bloggers continue to debate Islamabad’s worsening relations with the US. (28.02.2012)

Bloggers and analysts in India have been discussing the ongoing issue of petitions filed against Delhi High Court's 2009 verdict that "decriminalized" homosexuality in India. (27.02.2012)