On September 12, the World Assembly for Women, a three-day meeting of powerful women starts in Tokyo. Cherie Blair, one of the speakers, tells DW the global economy "misses out" when women lack equal opportunities. 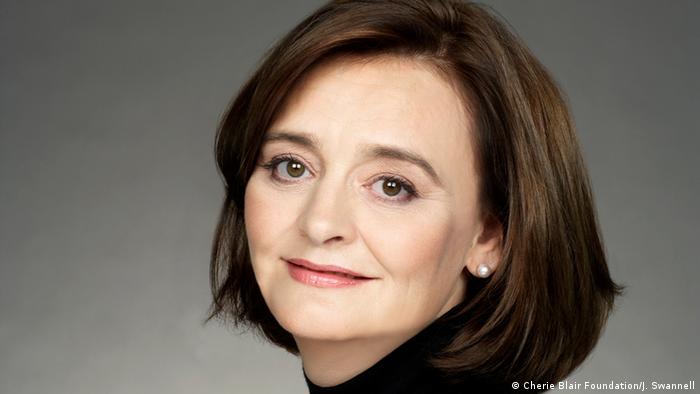 The World Assembly for Women (WAW) will be a three-day international symposium dubbed the "Davos meeting for women" by Japanese Prime Minister Shinzo Abe. The event is organized by his government, in cooperation with Japan's business federation KEIDANREN, the media organization Nikkei Inc., and the Japan Institute of International Affairs with support from the Japan Center for Economic Research.

It comes as Abe continues to push for greater female participation in the Japanese economy. The PM also called for women to fill 30 percent of senior positions in both public and private sectors by 2020. Women are seen as a key factor to help change Japan's economic outlook.

Against this backdrop, the meeting will see prominent business and political figures from Japan and around the world get together to discuss how to link female participation in the workforce with economic growth, according to the organizers. Among the participants will be International Monetary Fund chief Christine Lagarde, US Ambassador to Japan Caroline Kennedy, and Disney Media Networks President Anne Sweeney, as well as Prime Minister Abe and his wife, Akie.

Cherie Blair, wife of former British Prime Minister Tony Blair, will also be one of the speakers at the event. Her NGO - the Cherie Blair Foundation for Women - helps female entrepreneurs in Latin America, Africa, the Middle East and Asia. 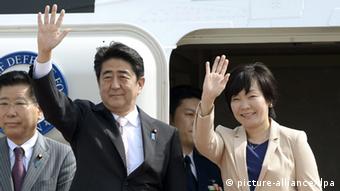 In a DW interview, Blair says that while global perceptions of women are changing and progressing, women still face many barriers and that the "economy misses out" when women are not part of it.

DW: What is the significance of an event like WAW in terms of changing the attitudes and perceptions towards women in Japan and across the world?

Cherie Blair: The World Assembly for Women demonstrates how leaders are increasingly recognizing the important role that women play in society and in the economy. In Japan and around the world attitudes are changing and progressing, and women are taking charge of their lives.

That's why the number of women in the global workforce has grown steadily in the past few decades and why we are seeing women increasingly in executive and board level positions. But there is still much work to be done. Women still face many barriers, and there are a whole host of benefits the economy misses out on when women lack equal opportunities.

This is why meetings, such as these, are key to helping women progress, and I am very excited to be a part of it.

The WAW will mainly focus on economic issues facing women. Is the emphasis on female economic empowerement the best way to frame a discussion about women's roles in society?

PM Shinzo Abe's recently unveiled "third arrow" of his economic reform plan is a step in the right direction, although it is still unclear whether the government will be able to implement them, experts say. (25.06.2014)

It is certainly a very important way to frame a discussion about women's role in society. Women's economic empowerement has always been a passion of mine. As wife of the British Prime Minister for ten years, I was, during that time, fortunate enough to be able to travel around the world and meet inspiring women who were running their own businesses.

It was clear that financial independence gave these women newfound confidence and respect from their peers. It reinforced my belief that economic security can give women greater decision-making power and a more influential voice in their families and communities.

This is what inspired me to set up my foundation for women, which supports female entrepreneurs in developing and emerging economies. Many of the women that we work with have been able to support themselves and their families through their businesses. Some of them have even become the main breadwinners in their households.

What do you make of the evolution of women's rights in Asia?

There has been an emergence of some great women leaders, particularly in business, such as Zhang Xin, CEO of SOHO China, a friend of mine and an inspiring example of how a woman can climb the corporate ladder.

But it's not just the women at the top who are contributing to the change - there are many successful women who are an inspiration in their local communities as well.

One of the women my foundation works with in Malaysia, called Kartina, is a good example. A single mother of two, Kartina set up a hair and beauty business to support her children. With the help of our mentoring program, Kartina was connected with a mentor in Spain named Catrin.

They worked together online on ways to promote Kartina's business and build connections with her customers. Kartina was able to improve her marketing and, as a result, her revenue increased 30-fold - an impressive achievement for anyone. 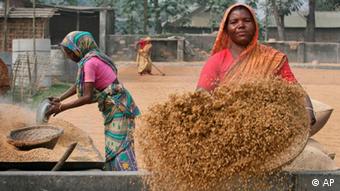 Blair: Economic security can give women greater decision-making power and a more influential voice in their families and communities

Women like Kartina are important role models who not only demonstrate the change in women's place in society, but also are an inspiration to many young girls and women who will continue, in their turn, to make an impact on how the role of women is perceived.

How do institutions such as the Asian University for Women (AUW) in Bangladesh, of which you are chancellor, help women's empowerement?

The young women at AUW are encouraged to take action to combat problems within the community local to the university in Bangladesh. During their summer break they are encouraged to engage in projects which can make a positive difference in their home communities, such as summer camps for disadvantaged children or research projects on maternal health. This means they learn very early the value of the skills they are acquiring, and the difference they can make.

Cherie Blair is the founder of the Cherie Blair Foundation for Women, a development organization that aims to support women entrepreneurs in developing and emerging economies.