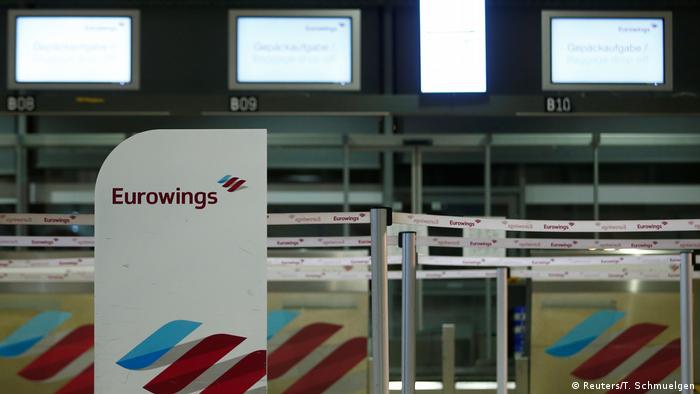 Even though we are in the middle of the season of goodwill, the festive spirit has been dented a little at German airports as 2019 gives way to 2020.

That's because the latest strike in the bitter row between the German cabin crew union UFO and Lufthansa has seen around 180 flights cancelled from Monday to Wednesday this week, covering the busy New Year's period of travel.

The affected flights are all at Germanwings, a Lufthansa subsidiary which operates under the German flag carrier's Eurowings brand. The total number of canceled flights is relatively small compared to the daily volume Lufthansa and its subsidiaries operate.

But timing the strike to coincide with one of the busiest travel periods of the year is a reflection of just how strained relations have become between Lufthansa and the cabin crew union.

That's not all. UFO says that it will extend the strike beyond January 1 if they don't see desired concessions from Lufthansa. Also left hanging in the air is the possibility of the strike being extended to Lufthansa flights itself, potentially causing disruption to a far greater number of travelers.

Lufthansa's reaction to the latest stoppage doesn't exactly inspire confidence of a resolution being found anytime soon. "This is no way to resolve the conflict," a spokesman for the airline said. 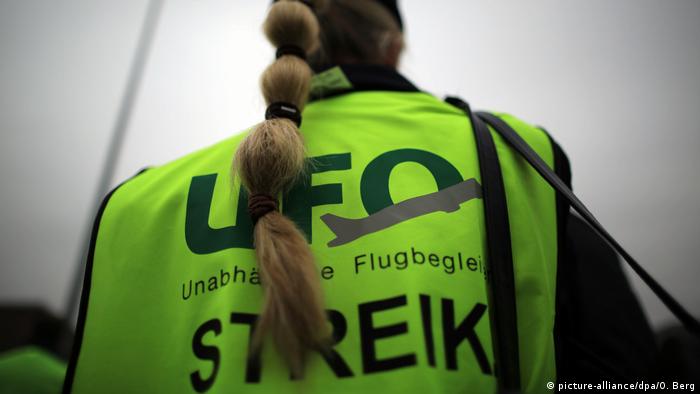 Despite the timing, the latest round of cancellations isn't as disruptive for passengers as previous stoppages have been. The vast majority of the affected flights are internal German ones, between the cities of Berlin, Cologne, Hamburg and Munich. Passengers are being offered train tickets to their destination if alternative Lufthansa airlines can't meet their needs.

A two-day strike at the Lufthansa airline itself in November led to 1,500 cancelled flights which affected around 200,000 passengers.Lufthansa obviously wants to avoid a repeat of that but the current bout of turbulence looks like it will get worse before it gets better.

The union is demanding higher wages, particularly for entry-level jobs, as well as better access to secure long-term contracts. There is also an increasingly divisive dispute over part-time working rules across the Lufthansa division.

But what makes the row especially acrimonious is not so much the nature of the demands as the fact that Lufthansa has consistently doubted UFO's credentials to make them. UFO claims to represent more than 30,000 members but with the trade union Verdi also having a major foothold at Eurowings, Lufthansa has queried the extent to which UFO represents its cabin crew.

Lufthansa went so far as to challenge UFO's legal status in court but following the strikes in November, negotiations began between the two parties. So far, those talks have borne little fruit. According to some German media reports, the two have struggled to even agree on what topics are up for discussion.

In the absence of meaningful dialogue, rancorous public comment has found its voice.

Eurowings has accused the trade union of pursuing a "power policy" on the backs of customers and employees. It is especially critical of what it claims to be UFO's intransigent attitude to negotiation and arbitration talks.

Over the weekend, Lufthansa (via Germanwings) pursued further arbitration talks but the trade union swiftly rejected the offer. It accused the airline of playing "games," saying it was trying to pressurize workers into not striking.

After Germanwings managing director Francesco Sciortino pleaded with workers not to strike, the union accused him of using "really unpleasant rhetoric."

For its part, UFO says it has clearly communicated to Lufthansa and Germanwings what is needed, from its point of view, to cancel the strike. But the airline says the strike is "completely incomprehensible and disproportionate."

Even though the latest strike is not especially bruising in terms of scale, the way it has come about is not likely to soothe the frayed relations between employer and union. In order for further, deeper strikes to be avoided, a sustained arbitration process will need to begin sooner or later.

The industrial headaches come at the end of what has been a bumpy 2019 for Lufthansa.

A poor performance in the first half of the year was tempered slightly by a steady third quarter but headwinds that have affected the aviation sector as a whole, such as rising fuel prices and intense competition from budget airlines, have been felt by the company.

Things have been particularly difficult for Eurowings, the division directly affected by the latest round of strikes. During the summer, Lufthansa unveiled a turnaround plan for the struggling brand, which has seen its revenues fall steadily. Eurowings covers the now retired Germanwings brand, which has been gradually integrated into the Eurowings structure.