Cabin crew have gone ahead with a 48-hour strike as of midnight on Thursday. Lufthansa has offered train tickets for travel within Germany to make up for hundreds of cancelled flights. 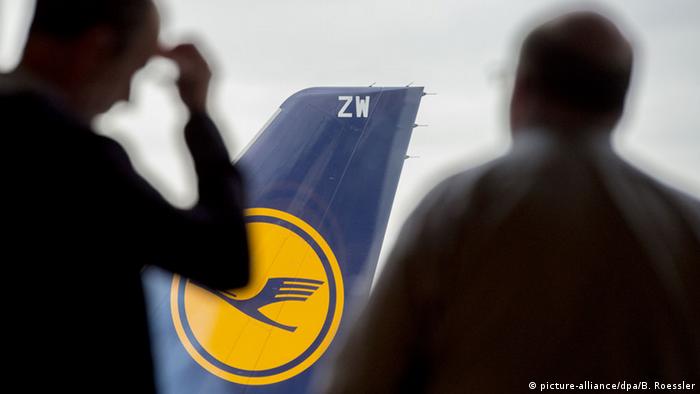 UPDATE THURSDAY: Lufthansa strike kicks in, no end in sight to dispute

The German airline failed to quash the strike before it started. Frankfurt's labor court and the Hesse region's labor court — acting as an appeal court — ruled that the cabin crew trade union UFO had legally called on its members to stage the stoppage.

Lufthansa canceled 1,300 out of 6,000 flights scheduled — 700 on Thursday and 600 on Friday. The industrial action mostly affect flights departing from Germany.

The airline based its injunction by questioning the voting procedure used among UFO members to decide on industrial action.

UFO planned the warning strike to press Lufthansa for additional allowances at wage negotiations, citing what it claimed was management's "ongoing refusal" to negotiate.

Passengers who had booked flights between German airports could turn their tickets into rail tickets in an online procedure, Lufthansa announced after the rulings.

The union had on Monday called on Lufthansa cabin crew to prepare for the strike, demanding better pay and conditions.

"This will affect all Lufthansa flights scheduled to leave from airports in Germany," the deputy chairman of the UFO cabin crew union, Daniel Flohr, said in a statement.