Help came from above for one German motorist whose car was snapped by a speed camera in the western German town of Viersen. Police decided not to impose a fine because the driver's face was obscured by a passing bird. 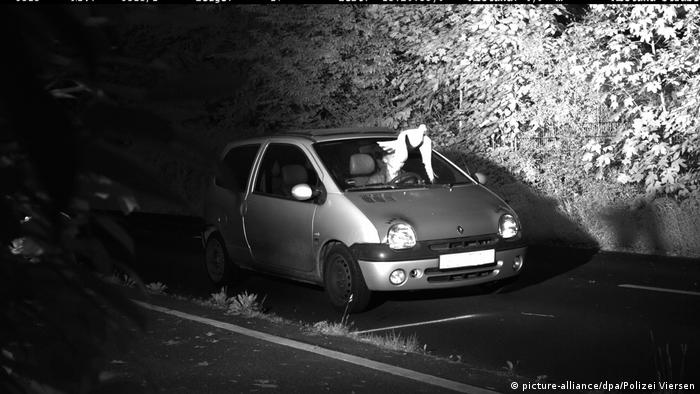 A motorist in the German town of Viersen had a lucky escape when his car — traveling well above the speed limit — was caught on a speed camera.

Police have decided not to go ahead with a fine for the driver of the Renault Twingo because his face in the speeding snap was covered by a bird — apparently a dove.

Although the speeding driver had been traveling at 54 kilometers per hour (33 miles per hour) in a 30 kph zone — which would normally mean a fine of up to €105 ($118) — officials said they wouldn't be taking the matter any further.

In a press release, Viersen police joked that the Holy Spirit may have staged an intervention on the driver's behalf.

Bird also off the hook

Officers also mused that although the quick-flying bird might also have been liable for a fine, they had decided against such a course of action. "We will allow grace to prevail here as well," they said.

While an identifiable image of the individual at the wheel is not always needed by police for a speeding fine to be imposed in Germany, the absence of one can present legal difficulties. 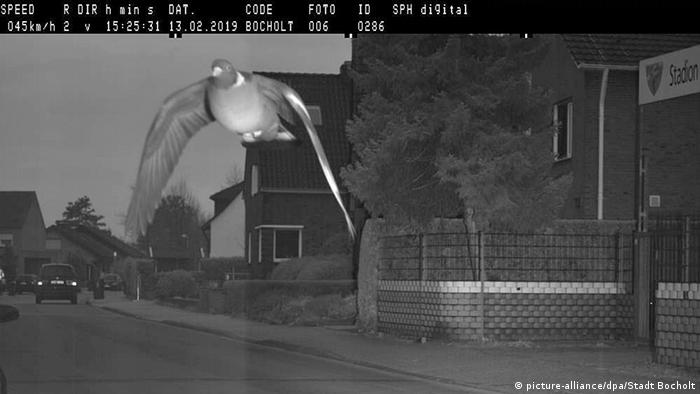 Earlier this month, police in the town of Bocholt were surprised to see a lone pigeon had set off a speed camera

It's not the first time a bird has caught the attention of police speed camera operators in Germany. Earlier this month, officials in nearby Bocholt were surprised to see that a particularly speedy pigeon appeared to have set off camera sensors at one location without a vehicle being present.

Pigeons and doves often symbolize love, peace and reconciliation in art. But they're no longer welcome at Cologne Cathedral because of their destructive droppings. (11.04.2019)