Beyond the Wall: East Berlin′s many faces explored in exhibition | Culture | Arts, music and lifestyle reporting from Germany | DW | 10.05.2019

East Berlin was the center of power in communist East Germany, but it was also a city where subversive currents thrived. The exhibition "East Berlin. Half a Capital" looks at everyday life in the 1970s and 80s.

A photo shows an old lady holding a yellowed S-Bahn train ticket in her hand. The sign next to the photo tells of her visit to West Berlin on August 12, 1961. Late in the evening, she used that very ticket to return to her home in the eastern part of the city, unaware that this would turn out to be her last visit with relatives in the West for decades. The next day, East Germany began to build the Wall.

Touching individual stories like the woman's are just one facet of the exhibition "East Berlin. Half a Capital," which opens on May 11 at Berlin's Ephraim-Palais Museum. Almost 30 years after the fall of the Berlin Wall, it focuses on how people lived, worked, shopped and celebrated in the East German capital. 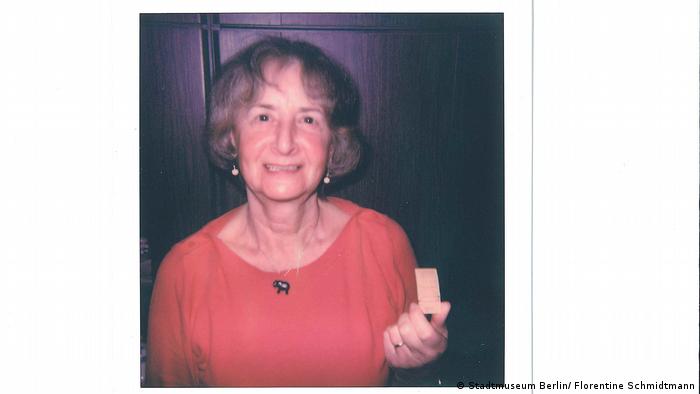 "The city had many faces," said Jürgen Danyel, curator of the exhibition and deputy director of the Center for Contemporary History Potsdam (ZZF), which is why there are so many perspectives to explore in the show, he added. "East Berlin represented the German Democratic Republic (GDR) on a political level, but it was also a hotspot for subculture. A section of society lived between these two poles."

The construction of the Berlin Wall is just a side note of the exhibition, as the show's organizers felt that the topic has been already well covered in many other contexts. Instead, the posters, photos, sketches and paintings show vibrant cultural settings as people  attempted to stretch the defined boundaries and create free spaces for individuality in a system geared toward conformity.

"East Berlin. Half a Capital" pays tribute to the fact that people led normal everyday lives, despite the Stasi, the GDR's infamous state security service, and the travel ban that was imposed on them.

It looks into the 1970s and 1980s, when downtown East Berlin was redesigned into a modern socialist capital. During that same period, subcultures were developing, as people tried to elude state control. And at some point, the state lost its grip. Prominent harbingers of political upheaval included the 1988 concerts by Depeche Mode and Bruce Springsteen — the latter drew 160,000 music lovers. 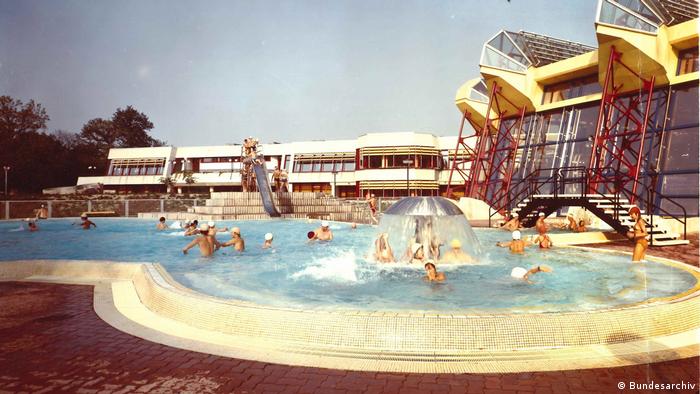 An East Berlin sports and recreation center in 1983

The exhibition is bound to contribute to historical understanding in a city that, even 30 years after its division ended, has not quite yet become one again, still searching for something akin to an identity, a process complicated by an enormous change in its population. It shows that even though the differences between the political systems were marked, people's everyday needs and realities on the eastern and western sides of the Berlin Wall were not that different.

The stairs that connect the museum's three floors have been decorated with words museum employees associate with East Berlin, like control, illegal cab and standing in line. Other terms applied to people on the other side of the wall, too: separated families, free parking, burgers, "Schrippe" — the word used by Berliners for bread rolls — and empty lots between buildings.

The idea of the exhibition is based on a previous Ephraim-Palais show. Paul Spies, who had just been appointed director of the Stadtmuseum Foundation at the end of the "West:Berlin" exhibition in 2016, initiated the project of a follow-up show focusing on the east. "The complexity of dealing with East Berlin is greater," said Spies. It is easier to take a nostalgic look at West Berlin, he pointed out, adding that a focus on East Berlin is more ambivalent because there is a nostalgia for something that wasn't positive. A historically balanced view of the once divided city was important for the Stadtmuseum director.

The exhibition "East Berlin. Half a Capital," with a program that features readings, city walks, a show at the Volksbühne theater, film evenings, discussion panels, an online travel guide and a blog, opens on May 11 and runs until November 9 — the 30th anniversary of the opening of the Berlin Wall.