Between hope and despair - the latest Kurdish conflict in Turkey | Europe | News and current affairs from around the continent | DW | 19.10.2011

The attack by Kurdish rebels on Turkish military and police posts has lead to a renewed division between the Turkish government and the Kurdish workers' party. 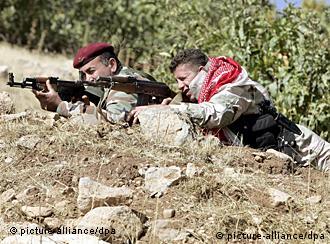 Exactly two years ago, on October 19, 2009, scenes of joy and celebration played out in the Kurdish southeast of Turkey: dancing, drumming, and shouts from thousands of Kurds greeted the first PKK fighters who had voluntarily laid down their weapons after a request from the Turkish government. Under the deal, they came back to Turkey from the mountains of northern Iraq.

Amnesty for the Kurdish rebels represented the main point of the new policy toward the Kurds, which Turkish Prime Minister Recep Tayyip Erdogan had introduced the previous spring.

Reconciliation after 25 years of war seemed to be within reach that morning. But before the day was over, the chance was gone.

The rebels were greeted with victory songs by crowds of Kurds as they marched over the border between Iraq and Turkey. They were wearing military uniforms, much to the shock of the Turkish population.

The troop of rebels was paraded through the streets in the regional capital Diyarbakir for hours in a bus by the Kurish DTP party. Rather than the hoped-for reconciliation, Turks watched the PKK essentially enact a victory celebration. The country's attitude soured immediately, and the first round of returning PKK troops also became the final one. 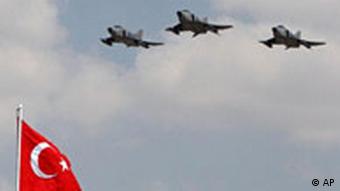 As in the past, the rule of war that says there can only be one winner - and one loser emerged here.

"The Kurdish problem is the most important problem in Turkey," Turkish President Abdullah Gul said just a few months before that day two years ago. He said the problem had to be solved by political means.

The government began a series of political reforms that would never have been previously conceivable for the benefit of the minority Kurds. For example, the Kurdish language can freely be spoken, printed, and broadcast in Turkey today. Even the official state broadcaster has a Kurdish program.

It has recently been revealed that the government participated in secret talks with the detained PKK head Abdullah Ocalan and negotiated for a time with active PKK commanders.

Two steps forward, one step back

The political efforts continued, even after the turning point brought on by the return of the first Kurdish soldiers. In that same week, the first chair of a Kurdish program began working at the university in the south-east Anatolian town of Mardin.

But, for all the consolations made by the Turkish government, a conflict still exists. During raids and trials of the PKK-led umbrella organization KCK, which attempted to form its own government in southeast Analolia, thousands have been arrested in recent months. That includes several legally-elected local politicians.

The PKK is, for their part, fueling the fires of violence. In the past months, dozens have people have died in attacks by the rebels in southeast Anatolia. Several were Kurdish civilians and children.

On Tuesday, eight people, including two children, died in the Kurdish town of Bitlis when a PKK bomb exploded. Last month, the so-called 'freedom hawks' - the PKK city guerrillas - killed four civilians with a bomb attack in the middle of the capital, Ankara.

The fact that the devastating rebel attack - the fourth-bloodiest of the war - on Turkish military posts overnight on Tuesday came exactly two years after the failed attempt at reconciliation is likely no coincidence.

On Wednesday, the Turkish parliament's All-Party Committee came together once again, with the long-term goal of rewriting the country's constitution. The new version is meant to give Kurds more rights and official recognition in the country.

The constitutional committee includes the Kurdish BDP party on equal footing with the other parties. But the PKK, still locked in to the rules of war, believes their demands must be emphasized with violence, which will inevitably bring further Turkish counterattacks.

Turkish troops have reportedly killed at least 15 Kurdish militants in retaliation for earlier attacks by the rebels on Turkish officers near the Iraqi border. At least 26 Turkish troops were killed. (19.10.2011)

Turkey prepares for ground assault on Kurdish rebels in Iraq

Turkish forces have begun massing on the Iraqi border ahead of an expected attack on Kurdish rebels in the neighboring country's mountainous northern region. The attack would follow days of airstrikes on the area. (24.08.2011)