Berlin's Roma community have been in the capital for a long time, but many continue to live in limbo. Deutsche Welle's Stuart Braun details their search for acceptance. 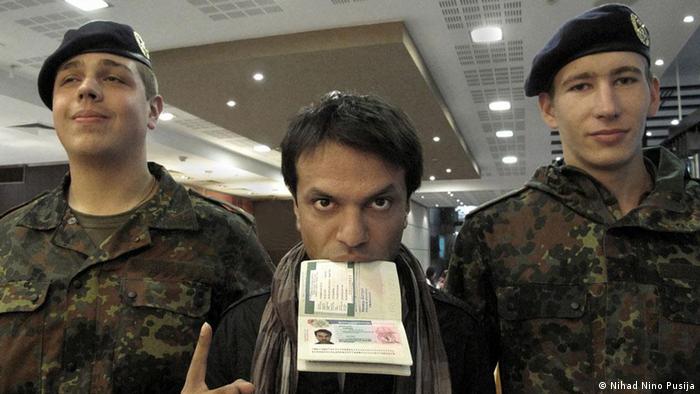 I see her almost daily out front of the supermarket, holding up the newspaper sold by the homeless, hoping as much for a donation as a sale. Middle-aged, slight, wearing a headscarf and thick coat, she looks to be freezing and forlorn, but strains a smile when some rare change arrives in her hand.

"I come from Romania," she says in very broken German. "There was no work, no food for my children."

Berlin was supposed to be the land of opportunity. It seems not. She is nodding her head, ruing her situation. Her husband has no job. Tonight she'll likely spend most of her earnings on overpriced accommodation, sharing one room with her entire family. Even in Berlin, the vulnerable are easily exploited.

This woman is Roma, a people labeled - with the Sinti - the 'gypsies' of Europe and the continent's largest minority. She left a country, like most in Eastern Europe, where Roma are heavily marginalized, often living in ghettos where unemployment is 70-80 percent. But heading west, little changes for these people, as I began to find out.

I started to notice Roma, women mostly, across the poorer south-eastern districts of Berlin, some waiting patiently for spare change out front of stores. One girl of about 14 daily plays the accordion for money on my street, her gypsy lament a kind of theme song that drifts with the winter wind on this busy Neukölln boulevard.

I tried talking to her but she has no German, and obviously no time for school. But at least she's helping to keep the family alive, as are the Roma boys that play tunes for tips among the alfresco diners in the warmer months.

This is only part of Berlin's Roma story, and I don't want to reinforce gypsy stereotypes, the cliché of the wandering vagrant, the musician, the beggar (and sometimes thief), or peddler of fake train tickets in the Berlin subway. It's an image the local media love to project, crystallizing ancient xenophobia against Roma.

This minority of minorities is more integral to the capital than one might think. 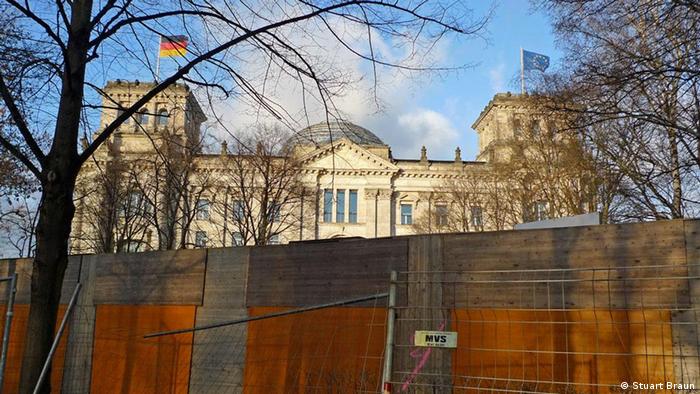 Roma have been in Berlin since the Middle Ages. It's often forgotten that they were nearly annihilated in the Nazi death camps, Hitler pejoratively labeling them Zigeuner (from the Greek, “untouchable”), before ordering their extermination with the Jews as part of the Final Solution. Even when Roma had full citizenship rights under the Weimar Constitution, they were soon subject to special laws "Combating Gypsies, Vagabonds, and the Work Shy."

Roma returned to Berlin as post-war guest workers and then, when the Iron Curtain folded, thousands arrived after fleeing the Bosnian War. Many stayed, despite efforts to have them deported.

It was only recently, when I attended an exhibition on Europe's Roma and Sinti population (entitled "Reconsidering Roma"), that I realized the long hard Roma reality in Berlin.

Appropriately held in a former squat where Roma lived during 2009 before they were evicted, the exhibition shocked me with artworks depicting Roma suffering during the Holocaust - which wasn't officially acknowledged by the German government until 1982.

Then I noticed contemporary photographs of young Roma in Berlin, and in Kosovo, documentation of a Berlin-bred generation facing constant repatriation to the Balkans under their temporary Duldung or 'toleration' status. Of those already deported to a place where they face persecution, many try and do return, if illegally. Berlin is their home.

I later met the Bosnian photographer responsible for the images, Nihad Nino Pusija, who has lived in Berlin since the early 1990s, when he began documenting the Roma coming into the city.

"They can't work, they can't go to school, they can't do anything," says Nino of people often born in the city who want to engage but are merely tolerated. He calls it "a status of suffering."

Nino, an artist with some Roma in his mixed Bosnian heritage, describes how of all the refugees that fled the Bosnian war, adaptable Roma best integrated into Berlin. Some became doctors, building contractors, and some have residency. But many have been unable to follow through their talent for assimilation due, it seems, to the recurring view that 'gypsies' can't be trusted.

Since 2007, when Romania and Bulgaria joined the European Union, fear of an impending Roma peril in Berlin has grown. Last summer, when some Roma families camped in Kreuzberg's Görlitzer Park, the scale of the media frenzy caused the government to send families back East via the lure of cash.

Even the liberal Der Spiegel magazine 'investigated' Berlin apartment blocks overrun by Roma who allegedly live on welfare while vandalizing their homes. It reminded me how Aboriginal people are portrayed back in my native Australia.

I've walked past the apartment blocks in question and noticed parents responsibly walking their children home from the nearby school - which now has Romanian speaking teachers, a kernel of hope for young Roma. The apartments seem overcrowded, laundry hanging in the open hallways for want of space, but it's far from a ghetto.

Berlin's Roma are getting organized and have representation though advocacy groups like Amaro Drom - a youth organization committed to Roma self-empowerment with the message alle bleiben ("all stay") - located in Berlin's Roma heartland, the Neukölln disctrict. Around the corner is the Rroma Aether Klub Theater, a venue and meeting place founded by two Serbian Roma in 2006. Amaro Drom organize a yearly Roma street festival (happening again this May) outside, allowing Berlin's Roma to celebrate and share their culture. Nearby in Kreuzberg, the Kai Dikhas gallery is a unique forum for Roma and Sinti artists.

As Nino says, Roma can become integral to the city when given the chance.

A Berlin memorial to the Roma and Sinti murdered during the Holocaust was approved in 1992 and construction started four years ago, directly across the road from the Reichstag. Perusing the site this week, it appears, after ongoing delays, to be long-neglected, all fenced up as if, like the actual Roma, waiting in limbo for sanction from the federal parliament beyond.

Could it be, when the site is finally complete, that Berlin's Roma will start to enjoy tolerance and not mere toleration?

A new Berlin exhibition featuring the work of Roma and Sinti artists aims to raise awareness about a segregated people, who continue to face discrimination. "Reconsidering Roma" runs until December 11. (28.11.2011)