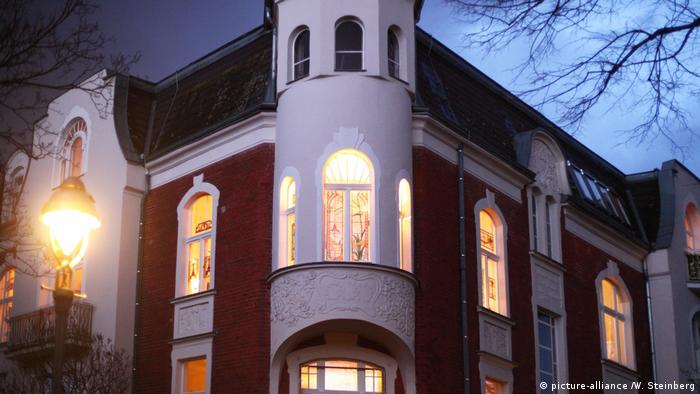 Many cities have some kind of rent control, but Berlin's rent freeze is unique

As of Tuesday, the German capital is one year into its five-year "rent freeze," and the data collected so far has given both opponents and supporters fuel for their arguments.

A survey published last week by property ad portal ImmoScout24 found that while Berlin's average rent has indeed dropped in the past year, by 7.8%, the number of new flats on the market eligible for a rent reduction had dropped too — by some 30%.

That has had a major effect on the competition for new apartments, ImmoScout24 said, with an average of 214 people answering each rental advert in January 2021, compared to 128 in the same month last year.

Many cities around the world have some kind of rent control measures in place, but Berlin's rent cap law, in effect since February 2020, is unique. It meant that rents for 90% of Berlin's apartments were frozen for five years at the level they were at in June 2019. New rental contracts could not be above that level, and as of November 2020, any existing rents that were still above that level had to be reduced.

Barbara Steenbergen, head of the EU liaison office at the International Union of Tenants (IUT), is delighted with the rent cap. "It's a blessing," she told DW. Like many NGOs, the IUT has been offering tenants an online tool to calculate how much their rent could be reduced by, and among those who checked, the average rent reduction turned out to be €210 ($255) per month: "The people really say it's a relief," she said. "It's like a wage increase." The IUT estimates that 365,000 people in the city now have the right to reduce their rent.

But the response from Jürgen Michael Schick, president of the German Real Estate Association (IVD), is scathing. "The rent cap is a catastrophe for the Berlin housing market," he said in an email. "It obstructs the construction of new apartments, even though Berlin is tens of thousands of apartments short every year. It obstructs the modernization of existing apartments. It limits the supply of apartments. The Berlin rent cap is the best example of how it should not be done."

Others, like Wibke Werner, of the Berlin tenants association, say it's much too early to tell what the effects of the rent cap are. "This is the first year of hopefully four more," she told DW. "And at the moment we're still under the sword of Damocles of the Constitutional Court decision." 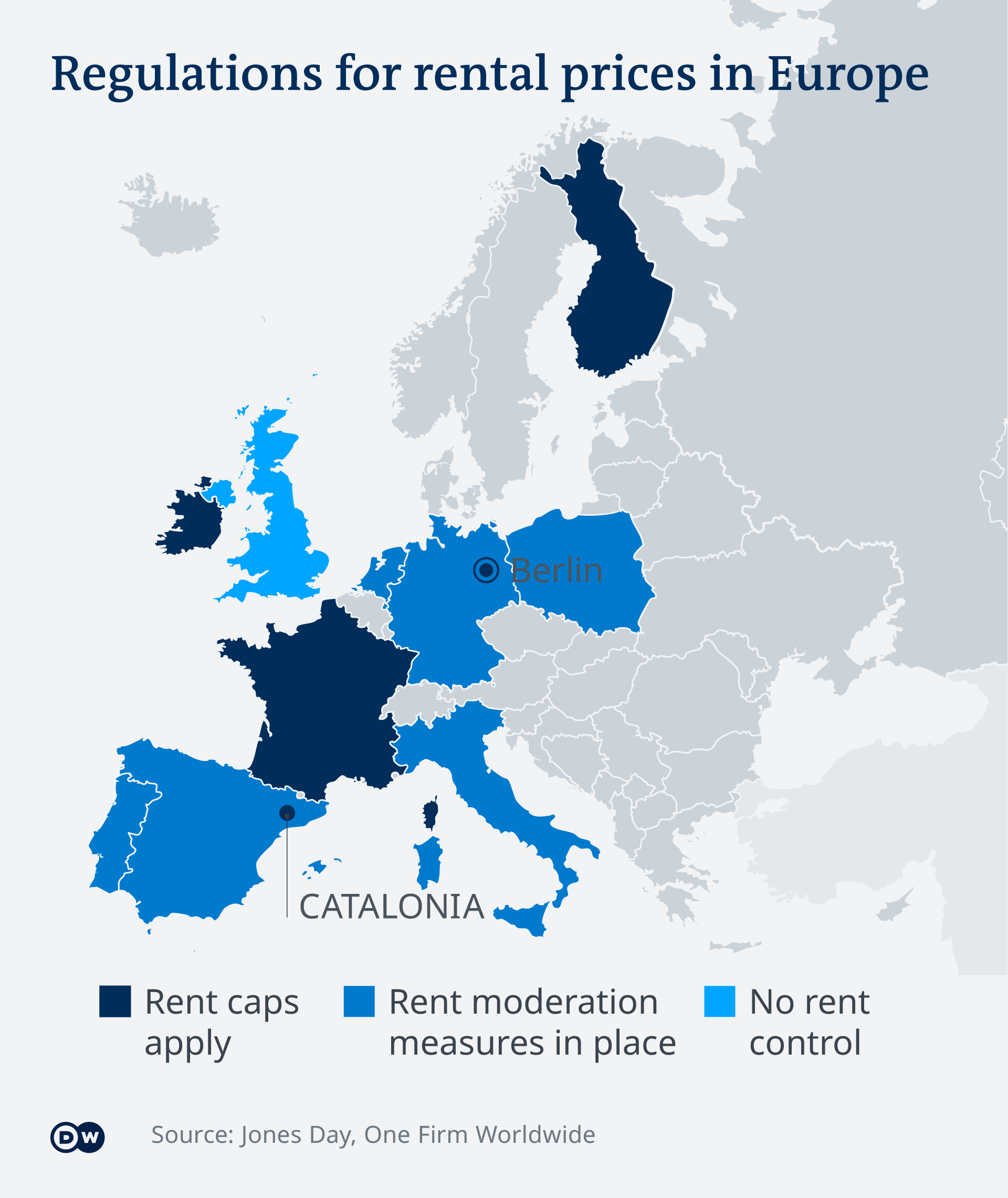 That decision, expected in the next few months, is crucial. After losing an initial attempt to have the rent cap halted, disgruntled landlords' associations took their objections to the rent cap to Germany's Constitutional Court on the grounds that, according to the Basic Law, only the federal government can intervene in rental policy. Both sides appear confident they will prevail, and in a Berlin state election year, the argument has become politically heated.

While they wait for the verdict, it has become routine for landlords in Berlin to put "shadow rents" on new contracts — in other words, tenants have to acknowledge that their rents may suddenly increase if the Constitutional Court overturns the rent cap, and landlords could demand the difference back. This has made finding a new place to live in Berlin even more fraught, since prospective tenants may not know for sure whether a particular apartment is within their price range.

According to Steenbergen, this and many other reasons — the coronavirus pandemic, and the fact that the rent freeze has made their current homes affordable — has led to fewer people moving homes in Berlin: "The people stay where they are," as she put it.

Other cities appear undeterred by the teething issues. All major cities in Catalonia also have a rent freeze in place, and Steenbergen has said that the city of Vancouver, Canada, has been in touch with her to ask about the Berlin rent freeze. Glasgow, Scotland, is also said to be considering the idea. 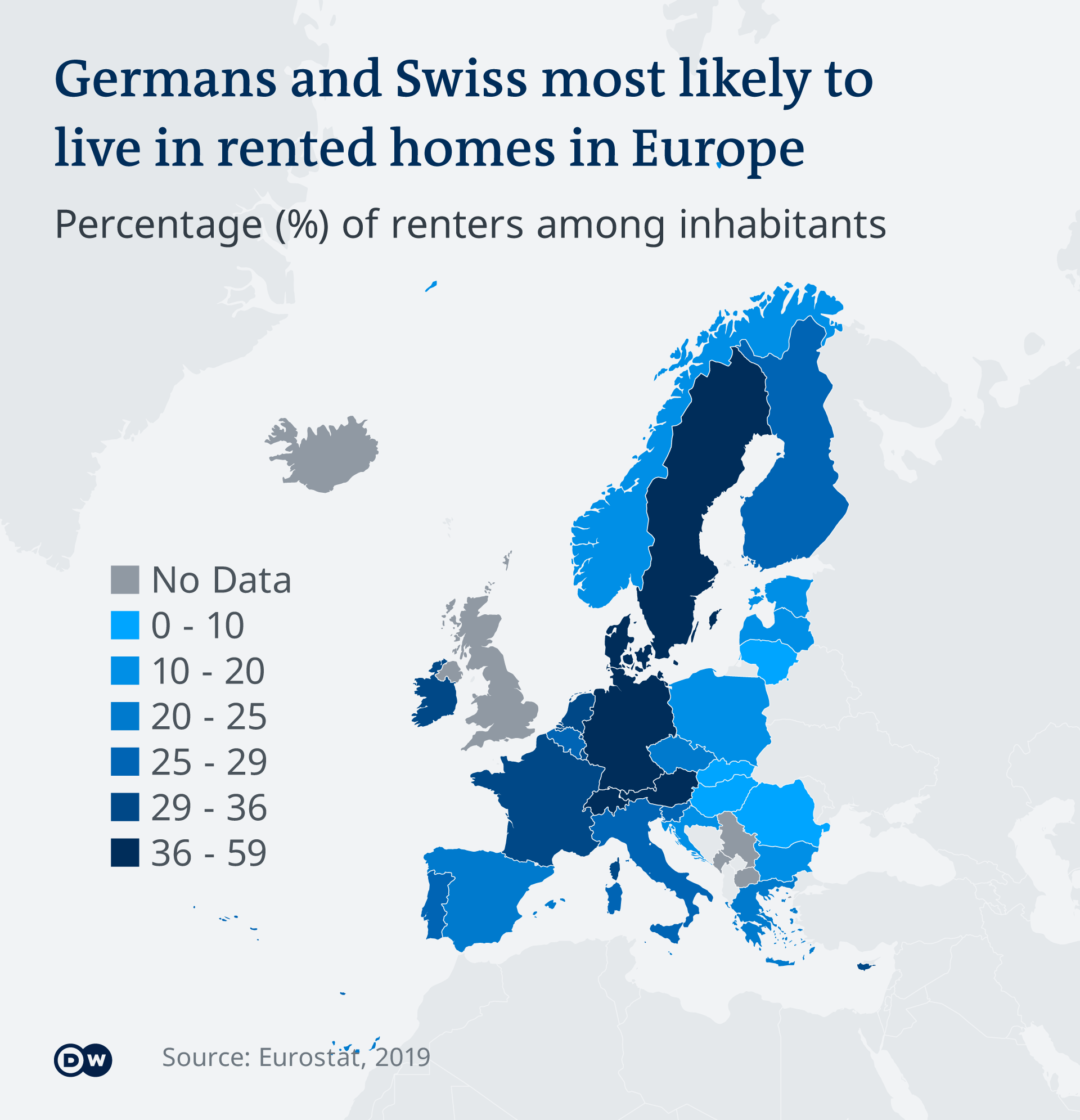 Both sides of the argument do agree on one thing: The underlying problem is a shortage of housing. For President Schick of the IVD, a rent cap is simply the worst way to address this: "The biggest protection against too-high rents is and remains the expansion of the housing supply," he said.

But, the Berlin government argues, the rent cap includes elements designed to encourage new construction, since any building built after 2014 is exempt. Its main purpose is to create a breathing space to allow time for state-owned development companies to build new homes. "It's really a time-out for markets which are super-stressed," said Steenbergen.

Various government initiatives — both at the federal and local level — are currently in place trying to build new homes, but Germany, and Berlin, in particular, is very much catching up. According to the Pestel Institute, an independent research organization, Germany is currently 670,000 apartments short, almost all for middle- and low-income earners.

Berlin's government also admitted on Tuesday that it was going to miss its target for the state-owned property developers to build 30,000 new apartments in this legislative period (which will end in September) — only 16,580 apartments will be finished, Urban Development Minister Sebastian Scheel said.

Obviously the Berlin housing market could do with investment from the private sector — but few appear willing to build cheap apartments, even though, according to the IUT, there are profits of up to 4% to be made. Instead, private companies opt to invest largely in building luxury apartments, where the profit margins are significantly wider.