Berlin to get its first Arabic radio station

The local media council said Arabic programming would add to the diversity of radio offerings in the German capital. Arabic speakers from more than 20 countries live in Berlin. 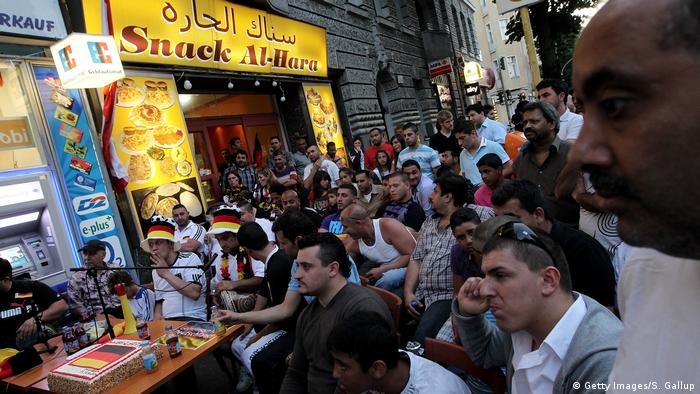 Berlin's first Arabic-language radio station will have the potential to reach more than 100,000 Arabic speakers living in the German capital.

The MABB media council for Berlin and the surrounding state of Brandenburg announced the approval of Radio Arabica on Thursday.

Hansjürgen Rosenbauer, the head of the MABB media council, praised the expansion of "diversity" in the radio landscape.

"Alongside a French, Russian, Turkish, British and American radio show, there will now be an offering for the Arabic population," Rosenbauer said.

On air at a German radio station

On air at a German radio station

Berlin has had an Arab population since 1960s and 1970s, when then-West Germany brought in Moroccans as "guest workers" to help rebuild the post-World War II economy.

In the 1980s and early 1990s, Lebanese and Palestinians fled to Germany during Lebanon's civil war.

The Iraq war in the 2000s and post-2015 migrant influx brought more Arabic speakers to the capital, mostly from Syria and Iraq.

According to statistics from 2017, there are around 133,000 people with an Arab background from more than 20 countries living in Berlin. They account for about 4% of the capital's population.

The future of local journalism

An Ali Baba themed playground has been subject to vitriolic attacks for its Islamic symbols. One of the structures seemed to resemble a mosque and has a crescent moon on top. (07.12.2017)

From alcohol to sugar: Words with Arabic roots

While the integration of Arab migrants sparks ongoing debates, one thing is for sure: language-wise, Arabic is well rooted in Germany. Both English and German have many common words that stem from the language. (09.01.2019)