Thousands of homosexuals murdered by the former Nazi regime have been remembered in Berlin. The ceremony began the capital's annual pride parade inspired by New York's 1969 Christopher Street Day (CSD). 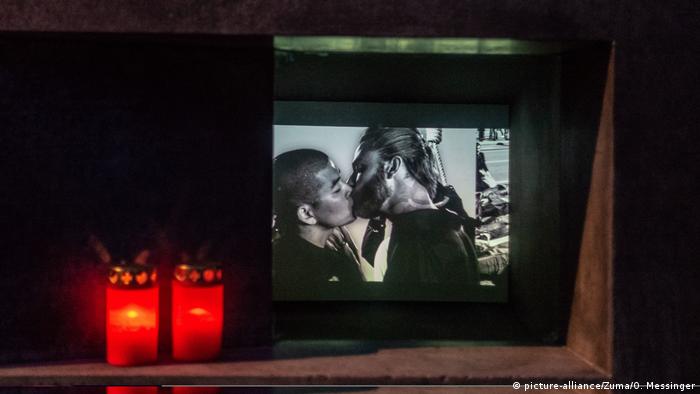 Some 7,000 homosexuals died from hunger, disease and maltreatment in Nazi concentration camps during Hitler's murderous 12-year regime in the 1930s and 1940s.

The regime also convicted an estimated 54,000 people under a tightened anti-homosexual paragraph 175 that stemmed from Prussia's 1872 penal code. The rules persisted into divided post-war Germany until various abolition moves began in the 1960s.

Read more: how safe in German for LGBTQ-travelers?

Communist East Germany had quashed the anti-homosexual code by 1988 but it was not until 1994 that reunified Germany followed suit.

Germany's central monument to Nazi-persecuted homosexuals was inaugurated in 2008. It stands in Tiergarten Park near Berlin's Holocaust Memorial in memory of 6 million Jews murdered across Europe by the Nazis.

Around 1 million people took part in Berlin's annual pride parade over the course of the day on Saturday. 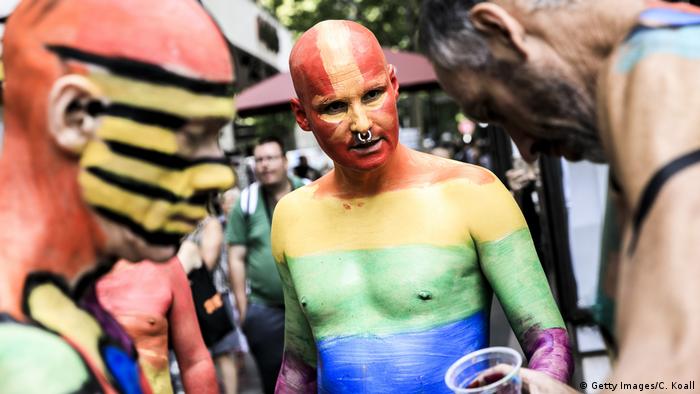 Painting up before the CSD parade

Organizers' demands included a right to exile in Germany for foreigners persecuted because of their sexuality in their home countries.

Berlin's 2019 motto was "Stonewall 50," marking half a century since a police crackdown at the Stonewall Inn in New York in 1969 turned into the so-called Christopher Street Day civil rights uprising.

The capital's first CSD parade took place 40 years ago in 1979, with about 450 participants.

This year marks the 50th anniversary of the Stonewall Riots that sparked the gay pride movement. 2019 also marks 100 years since the first movie to deal with homosexuality, which caused an uproar back then. (28.06.2019)