Berlin's police chief has sparked outrage for warning owners of luxury cars not to park overnight in the city's Kreuzberg district after a spate of incidents in which expensive cars have been set on fire. 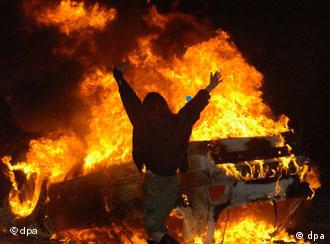 Watch out in Kreuzberg if you own a Porsche, the city's top cop said

Berlin police chief Dieter Glietsch has triggered a storm of outrage from politicians after he warned owners of Porsche and Mercedes cars not to park their fancy rides overnight in the city's left-wing Kreuzberg district after a rash of car arson incidents.

In the past year, dozens of cars have been gutted in the immigrant-dominated neighbourhood with Mercedes and BMW's the prime targets of suspected left-wing radicals.

Some opposition politicians in the city called Glietsch's statement "a declaration of bankruptcy." Frank Henkel, secretary general of the Christian Democrats (CDU) in Berlin, called it a "capitulation" to left-wing extremists. 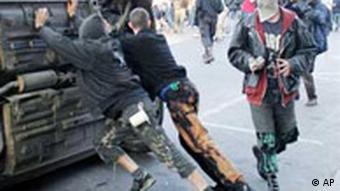 Kreuzberg toughs flexing their muscles on May Day

Fellow CDU member Peter Trapp, who heads the interior affairs commission, said the police chief's comment showed that "Berliners' property is no longer being protected and that security can no longer be guaranteed."

The leftist extremists, who have for the past 20 years staged riots in Kreuzberg on the May Day holiday, had "achieved their goal," Trapp said.

Members of the Berlin government -- a coalition between Mayor Klaus Wowereit's Social Democrats (SPD) and the socialist Left Party -- backed the police chief.

Glietsch's department said their chief's remark should be seen as "assisting crime prevention." Motorists could park where they liked, but it was sensible to take the possible consequences into account.

After all, standard police advice to cyclists losing their bicycles to theft is: "Don't park it on the street," the police department said.

"A load of nonsense"

Around 60 expensive cars have been set alight in Kreuzberg and neighboring districts this year. The preferred method is to ignite a chemical firelighter of the kind used to start a barbecue fire and place it at a strategic spot under the car. The arsonist has plenty of time to make a relaxed getaway before the flames take hold.

Glietsch spoke of how police recently detained three people with disposable gloves, cigarette lighters and chemical barbecue lighters on their person, claiming they were merely out for a midnight stroll.

The officers had to let them go for lack of evidence, even though there was strong suspicion of intent.

Kreuzbergers, well aware of their neighborhood's edgy reputation, were taking it all with a pinch of salt.

"A load of nonsense," the proprietor of a Turkish restaurant said, adding that his car, an expensive SUV, had never been damaged. 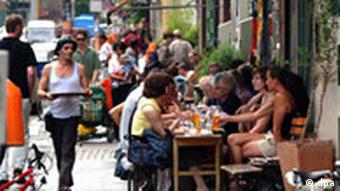 Hotbed of crime and violence? Kreuzberg's Oranienstrasse seems anything but

Kreuzberg's image as a hotbed of lawlessness is belied by the district's bustling tree-lined streets and thriving cafes. The Oranienstrasse that leads through the heart of the ostensibly rough area, is lined with eateries, offering food from all over the world.

Students and artists are drawn to the alternative neighborhood with its relaxed atmosphere. The Kreuzberg-Friedrichshain constituency returned a member of the Greens at the 2005 general elections -- the first and only Green lawmaker to be directly elected to the German parliament. Relations between the native German community and the large Turkish community in Kreuzberg are good.

And, apart from a small hardcore of anarchists bent on violence, the leftwing extremists spend more time talking in the cafes than plotting revolution in their garrets.

Left-Wing Extremism on the March in Germany

As politicians across Germany work hard to combat right-wing extremism, membership in left-wing extremist groups is on the rise. Many members are also involved in Germany's Left Party, according to a news report. (14.05.2008)