German police found cutting tools and traces of blood in the suspect's apartment, after his online history indicated an "interest in cannibalism." Previously, passersby found a pile of bones in a wooded area of Berlin. 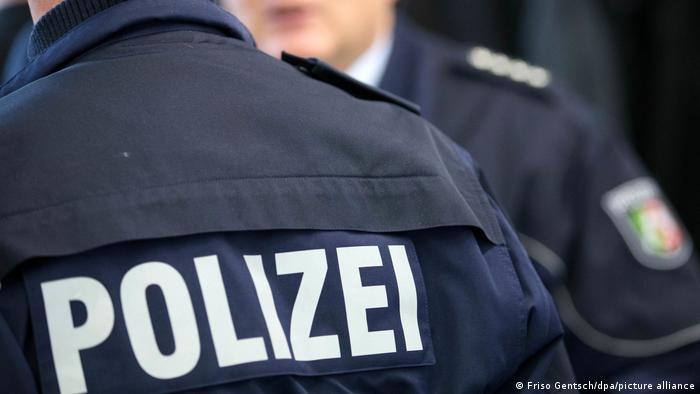 Berlin investigators have arrested a man on suspicion of murder and cannibalism, after discovering the bones of a man who disappeared in September.

The suspect, reportedly a high school teacher, is believed to have carried out a sexually motivated homicide, according to the public prosecutor.

"The suspect had an interest in cannibalism," Berlin prosecutors' office spokesman Martin Steltner told The Associated Press. "He searched online for the topic."

While searching his apartment, the police found cutting tools, including knives and saws, as well as bone fragments and traces of blood.

"A 41-year-old suspect was arrested yesterday & will be brought before the magistrate today," Berlin police tweeted on Thursday, initially saying he was suspected of manslaughter.

Later, Berlin's prosecutor's office followed up on this, saying that the suspect was in fact suspected of carrying out a "sexual homicide with base motives." Proving "base motives" is necessary by German law in order to push for a fully-fledged murder conviction, a law that's a relic of the Nazi era.

The 44-year-old victim, known as Stefan T., disappeared without a trace after leaving his apartment shortly before midnight in early September, in the Lichtenberg district of Berlin. Police released a photo of the man and asked for assistance in his search.

By October, police were looking for people who could possibly have had contact with Stefan T. through a dating platform. They now believe the suspect contacted Stefan T. via the app.

The police looked through the victim's online cellphone data to track down the taxi driver who allegedly drove him to the suspect's home. Investigators also used sniffer dogs to help track down the alleged perpetrator.

On November 8th, people taking a walk found bones in a wooded area of the city's Pankow district, which turned out to be the remains of the missing man.

Authorities were led to the 41-year-old suspect after an investigation conducted by the homicide commission and public prosecutors. Investigators also used sniffer dogs in the process.

The case invoked comparison with two earlier cases in Germany where the murder and the victim agreed to the crime..However, Steltner said on Friday that the latest cannibalism case was different.

"There are no indications that the victim consented in any way," he said.

Investigators say the 24-year-old intentionally put his patients in harm's way so that he could step in and play the hero. One 91-year-old in his care is still in a serious condition after being given an overdose.

It's scientific fact: You are better off eating a bison or a horse than a human — nutritionally speaking. The strange yet interesting findings were recognized by this year's Ig Nobel Prize for nutrition.