Calorie counter: Cannibalism is just not worth the effort | Science | In-depth reporting on science and technology | DW | 20.09.2018

It's scientific fact: You are better off eating a bison or a horse than a human — nutritionally speaking. The strange yet interesting findings were recognized by this year's Ig Nobel Prize for nutrition. 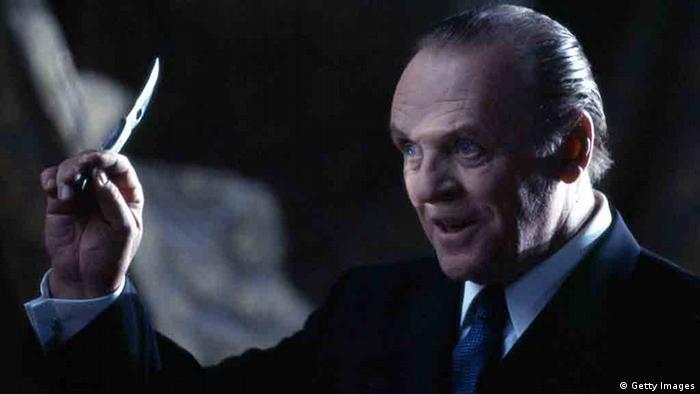 There are questions in life that sound completely silly, but they keep scientists busy all the same.

For example: Is human cannibalism a good alternative to eating deer, cattle and other animals? In other words, is the effort of cannibalism worth it from a purely nutritional point of view?

And while we're at it: Which parts of the human body provide the highest number of calories?

James Cole, an archaeologist at the University of Brighton in the United Kingdom, has taken  a closer look at all these pressing questions.

His study shows that humans are not particularly good sources of meat.

"The perhaps unsurprising thing is that when you compare us to a horse or a cow, we're actually quite small," Cole tells DW, quite seriously.

A person weighs an average of only 65.9 kilograms (145.3 lbs), of which just 24.9 kilograms (54.9 lbs) is muscle. The nutritional value of human meat is about 1,300 calories per kilogram, quite low compared to that of bison and other cattle, or boars.

"A single horse can give you much more calories than six human individuals," Cole says. "Besides, humans can fight back and are quite dangerous prey."

One other thing is pretty clear: Our aptitude for revenge. People will take it quite personally if you eat their friends and family. So that would be another downside to cannibalism — angry people out for revenge.

These are all good arguments against cannibalism, and could be why humans consuming other humans has not prevailed in the course of our evolution.

If you do have to choose a body part, though, you should go for the thighs. According to Cole's calculations, they make up more than a tenth of the entire caloric value of a human being.

James Cole presented his findings at the 2018 Ig Nobel Prize Lecture at the Massachusetts Institute of Technology (MIT) in Cambridge, USA. His presentation met with loud laughter.

Cole is just one of 10 teams of scientists who were awarded a parody Nobel Prize for their bizarre achievements. The Ig Nobel Prize is awarded for research  "that first makes people laugh, then makes them think."

But cannibalism is not all laughs. Cole's presentation wouldn't have been complete without a reference to one of the most famous cannibals in movie history — Hannibal Lecter from the film "The Silence of the Lambs."

Cannibalism is quite common in the animal kingdom, but as Cole points out, the phenomenon also happens every now and then within the human species, whether for pure survival, in warfare or by crazy people like Lecter. 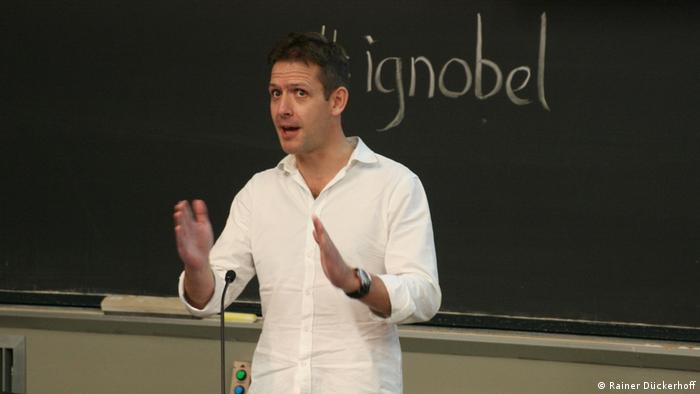 At the end of the lecture, someone from the audience asked whether Cole had any tips for today's modern cannibals. He didn't.

The findings aren't as funny for Cole as they are for Ig Nobel Prize audience.

He has a very serious research goal: He investigates the lifestyle of Neanderthals and other extinct human species.

Read more: Mom was a Neanderthal, but dad was a Denisovan

They ate other humans — as evidenced by fossil bones with bite marks on them.

With the help of his study, the British archaeologist wants to demonstrate that Neanderthals were more than mere eating machines that pounced at other humans.

If they did eat them, it may not have been for the meat itself, but for something deeper. Their reason for consuming people may have been more profound, even spiritual.

Cole suggests Neanderthals may have wanted to help their fellows live on in themselves, albeit through the detour of cannibalism.

"Neanderthals were culturally and socially complex creatures, just as we are," says Cole. "Against that background it would seem very strange to me if they also didn't have a very complex attitude to cannibalism in the way that we do."

One question remains: What does human meat actually taste like?

"The texture of human meat has been compared to that of pork," says Cole. "But, well, me and my colleagues have wondered if in the past it was maybe a bit more like the meat of deer because we had much more active lives."

And that might be yet another reason to avoid cannibalism today — at least, if you're a gourmet.

Neanderthals created decorative objects and cave paintings thousands of years before our Homo sapiens ancestors, according to landmark finds. The two human species apparently had the same cognitive abilities. (23.02.2018)

The former police officer met the 59-year-old victim on a cannibalism fetish website and agreed to kill and eat him. The victim had dreamed of being "slaughtered" since childhood. (21.02.2018)