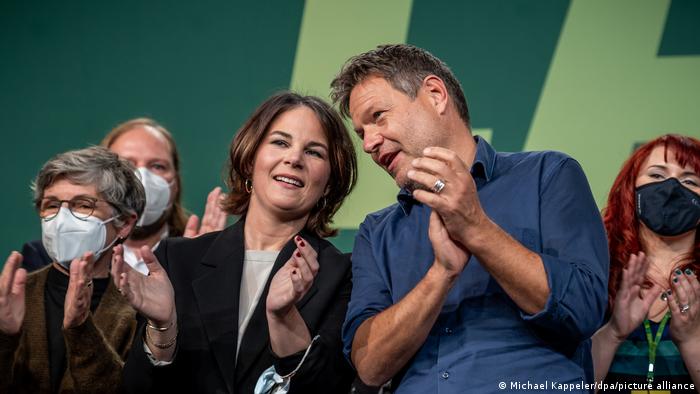 Berlin's Public Prosecutor's Office has launched a breach of trust investigation into COVID-19 bonus payments made to leading members of the Green Party.

German news magazine Der Spiegel first reported about the investigation on Wednesday, with a spokesperson for the city-state of Berlin's public prosecutor also confirming the probe later in the day.

Green Party leadership approved payments of up to €1,500 ($1,700) to both members of the party's executive committee and employees at the Green Party's headquarters in Berlin in 2020.

The coronavirus bonuses were intended to compensate Green Party employees for working from home during the pandemic.

The probe, which was opened on January 6, targets members of the Green Party federal executive committee, which includes co-leaders Annalena Baerbock and Robert Habeck, along with Michael Kellner, Jamila Schäfer, Ricarda Lang and Marc Urbatsch.

How have the Greens reacted?

"The board members concerned and the main office are cooperating fully with the Public Prosecutor's Office to clarify the facts quickly and comprehensively," the spokesperson said, adding that Green Party board members have returned the payments.

The investigation could ignite criticism toward the new coalition government under German Chancellor Olaf Scholz. Baerbock currently serves as foreign minister, with Habeck serving as both minister for economic affairs and climate action and vice chancellor.

Baerbock has previously been criticized for not reporting thousands of euros in special payments on her taxes.

In line with party rules that prevent members from serving in government and party leadership roles, Baerbock and Habeck will resign from Green Party leadership later this month. The party expected to elect a new executive committee.