Police in the German capital have arrested a 30-year-old Muslim cleric on charges of supporting the "Islamic State." The imam is accused of using the Internet to attract new members to the terror group. 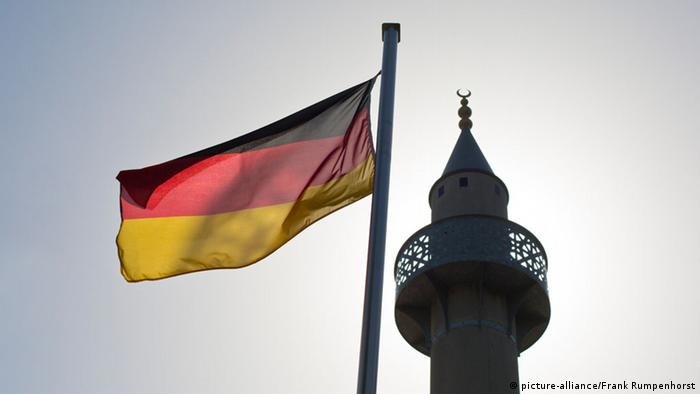 The prosecutor's office in Berlin and the police on Thursday said Murat A., also known as Gadzhimurad K., recruited members for the "Islamic State" (IS) on the Internet and also sent weapons' accessories, such as night vision goggles and telescopes, to Islamist groups in Syria.

Murat A. was originally from Dagestan and was a Russian national, officers said.

The 30-year-old is also reported to have executed his duties as an imam at the Fussilet 33 Islamic center in Berlin's Moabit area.

Officials said they began suspecting Murat A. after he spoke about IS in an interview with the online magazine "Medusa" in May.

The accused was also reported to have close connections with the head of Fussilet 33, Ismet D., who was arrested in January, and the president of the group's council of elders, Emin F.

Both were accused of having supported IS and smuggling jihadist fighters.

Kidnapped by 'IS' - Cared for in Germany

Kidnapped and abused: The terror militia "Islamic State" (IS) has been brutalizing women from the minority Yazidi religious community. A unique German aid program is designed to help the traumatized women. (15.10.2015)

German Foreign Minister Steinmeier has warned the US and Russia to avoid escalating the conflict in Syria. The foreign minister heads to the region over the weekend to meet with Iranian and Saudi officials. (14.10.2015)

German prosecutors have said a German teenager accused of training with the 'Islamic State' (IS) in Syria has been deported from Turkey. The 19-year-old is accused of traveling there via Bulgaria and Turkey in March. (10.10.2015)