Kidnapped by 'IS' - Cared for in Germany

Kidnapped and abused: The terror militia "Islamic State" (IS) has been brutalizing women from the minority Yazidi religious community. A unique German aid program is designed to help the traumatized women. 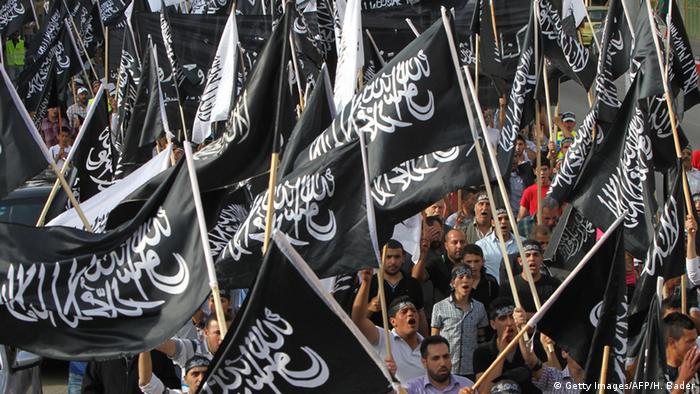 For the jihadists of the "Islamic State," Yazidi women are a commodity with which they can do as they please. The terrorists show no mercy on their self-proclaimed crusade across Syria and Iraq. At bazaars they buy and sell women and mistreat them as sex slaves. So far, some 2,000 of these women have managed to escape.

The fate of these traumatized women so shocked Baden-Wuertemburg's State Premier Winfried Kretschmann that the Green party politician effectively created a special program singlehandedly: He intends to bring up to 1,000 such women to Germany by year's end. And he is willing to commit 30 million euro ($34 million) to the project.

A new life in Germany

One of these women is Lea. She does not want to use her real name in public, but also doesn't want to keep her story to herself any longer. She was held captive by "IS" for two months and 16 days. "Life," says the 22-year-old, "was hell. Even when we cried they just beat us. There was no food, and we were not allowed to wash ourselves. We prayed to God to let us die. But we couldn't. Each of us was taken by an IS member. They used violence against women that did not want to go: They broke their arms or crushed their skulls with guns." 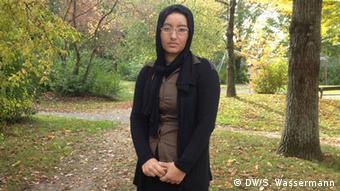 Lea now lives in Germany with other Yazidi women

Lea is a slight, delicate woman. Her eyebrows are plucked and she holds a smartphone in her hand. She is on Facebook, that is how she maintains contact with her family: with her brother who is in a refugee camp in Dohuk in northern Iraq. Or with her sisters-in-law who came to Germany as part of the same aid program, but are being housed in another city, far away.

Lea lives with her eldest sister in an assisted living community. We are not allowed to write the name of the city. "The accommodation's security concept," according to Baden-Wuertemburg State Secretary Klaus-Peter Murawski, "is like that of a women's safe house: We operate with the utmost discretion." So far, some 500 women have come to Germany.

A gesture, not a solution

Lea was selected for the program by Jan Ilhan Kizilhan. He is a psychologist and a trauma expert. To fulfill his difficult mission, he regularly travels to northern Iraq as part of a small delegation. The standards defining who may be accepted into the program are clear says Kizilhan: "Women who were in the hands of IS, were able to free themselves and are now in need of protection. Which means those who exhibit traumatic disorder or other sicknesses stemming from their captivity." However, he finds the job of selecting those to be helped very difficult. "There are roughly 120,000 people in need of psychosocial and medical help there. It is not easy to deny them access to the program." Yet, there are only 500 openings. The special program is a gesture, not a solution. 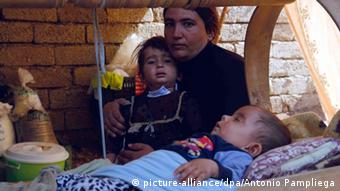 Thousands of Yazidis have been forced to flee their homes

Salah Ahmad says that it isn't fair that only 1,000 women will be selected. A German psychologist with a Kurdish background, Ahmad has been working with victims of war and torture for ten years. The trauma expert says the 30 million euros that will be invested in the program would be better spent in Iraq.

He is currently overseeing the final construction of a treatment center for Yazidi women in the northern Iraqi city of Chamchamal. It was financed by donations, the Catholic relief organization Misereor and the German Federal Agency for Economic Cooperation and Development. "The Yazidis have a strong tradition of social solidarity, not just in the family, but also within rural communities. If you take a woman out of the community and send her to Germany that becomes psychologically difficult for everyone concerned."

That is why Ahmad and his aid organization "Jiyan Foundation" are building treatment centers for torture victims inside refugee camps. "Women receive either in-patient or out-patient treatment, so their relatives can visit them. As a rule, we try to tie in mothers as co-therapists, so that they can keep an eye on their daughters and inform us if they need to." Suicide rates for abused Yazidi women are extremely high. 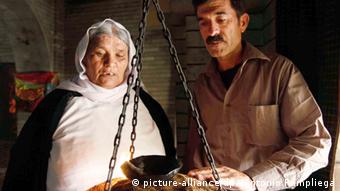 This elderly Yazidi couple from Dohuk fled advancing 'IS' fighters

Ahmad's organization has just trained 20 new traumatologists in order to help the people right where they are. But the psychologist admits that these 20 will only be able to help a fraction of those who are actually in need. "We need 2,000 therapists, not just 20. Unfortunately, the war keeps on going."

In southern Germany, Lea is also suffering from the separation. If conditions in the refugee camp in Dohuk had been a little better she would have preferred to stay there. But there was nothing in the camp: no space, no clean water and no medical treatment. Now the young woman is in safety and being taken care of. Nonetheless, her greatest misery still remains: She has no idea whether her parents are still alive. Of the 1,700 residents in her home village in the Sinjar Mountains, 1,200 are still missing without a trace.

"We are all furious. It has been like this for over a year. We've had enough of this life, we can't keep it up. No one in our position could handle it. But we won't let it get the better of us, the adversity makes us stronger." The delicate young woman's voice grows louder. She is infuriated. She wants to do something. That is why she tells her story, so that the world doesn't forget that thousands of women are still suffering in captivity at the hands of the "Islamic State" terrorist group.

The leader of the self-proclaimed "Islamic State" group repeatedly raped a United States aid worker who was being held hostage, the woman's family has been told. Kayla Mueller's death was reported in February. (15.08.2015)

An advance by jihadist fighters is sparking an exodus of civilians, activists say. The extremist group has been making territorial gains as the first year of US-led airstrikes draws to a close. (08.08.2015)

One year ago, terror group "Islamic State" began a brutal campaign of violence against Iraq's Yazidi minority. Germany's Yazidi community has used the anniversary to demand Turkey do more to stop the militants. (03.08.2015)

Financing terror, chemical weapons, forensics and digital archives: The ex-German prosecutor now heading the UN's special team on crimes of the so-called Islamic State explains where the search for justice will focus.